Leaders of the Mexican American Generation 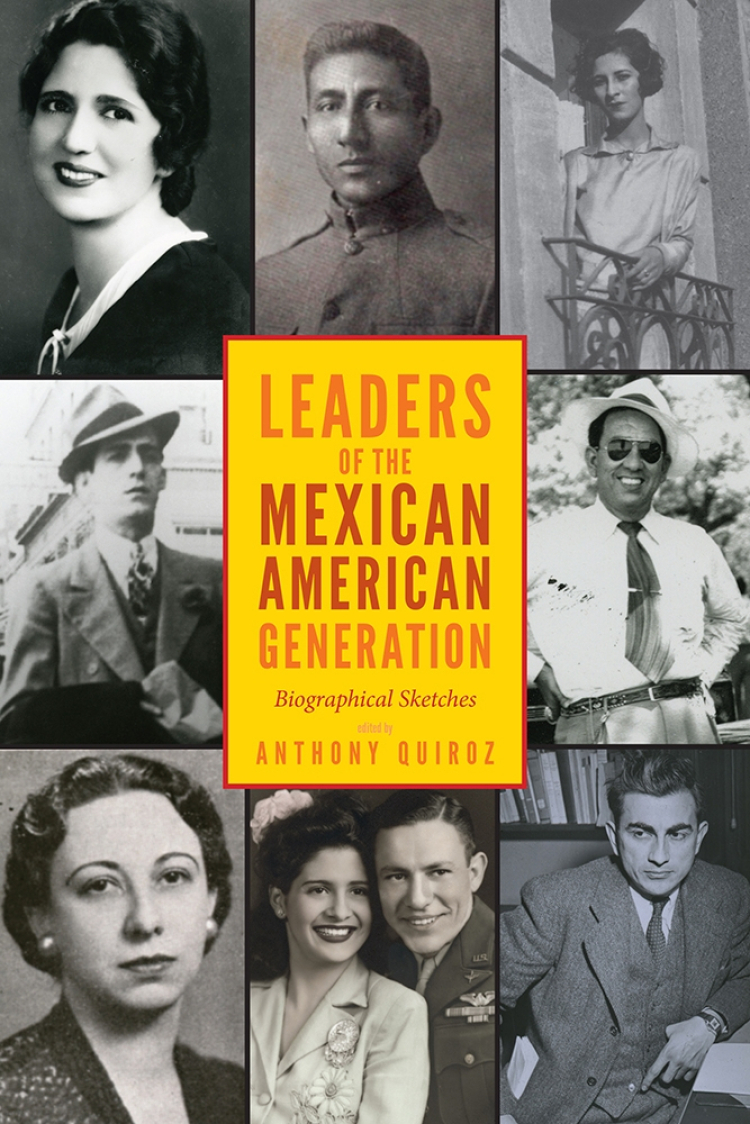 "[Leaders of the Mexican American Generation] is a valuable historiographical contribution that encourages additional research into the subject."

"​Drawing together an impressive cadre​ ​of scholars exploring the interplay between​ ​individuals’ personal biographies and the​ l​arger currents of U.S. society, the contributors​ ​to the anthology Leaders of the Mexican​ ​American Generation offer new insight into​ ​the multidimensional histories of a range of​ ​actors influential on the national stage between​ ​1920 and 1960. Attention to notable​ ​individuals, major political currents of the​ ​time, and biographical method make the​ ​book of value to both a general audience and​ ​students of Mexican American history.​"​

"[A] sympathetic but rigorous collection of individual histories that could be used to introduce these issues to students, especially at the undergraduate level."

Leaders of the Mexican American Generation explores the lives of a wide range of influential members of the US Mexican American community between 1920 and 1965 who paved the way for major changes in their social, political, and economic status within the United States.

Including feminist Alice Dickerson Montemayor, San Antonio attorney Gus García, labor activist and scholar Ernesto Galarza, and others, the subjects of these biographies include some of the most prominent idealists and actors of the time. Whether debating in a court of law, writing for a major newspaper, producing reports for governmental agencies, organizing workers, holding public office, or otherwise shaping space for the Mexican American identity in the United States, these subjects embody the core values and diversity of their generation.

Anthony Quiroz is professor of history at Texas A&M University–Corpus Christi. He is the author of Claiming Citizenship: Mexican Americans in Victoria, Texas.