A Volume in Memory of Bruce E. Byland 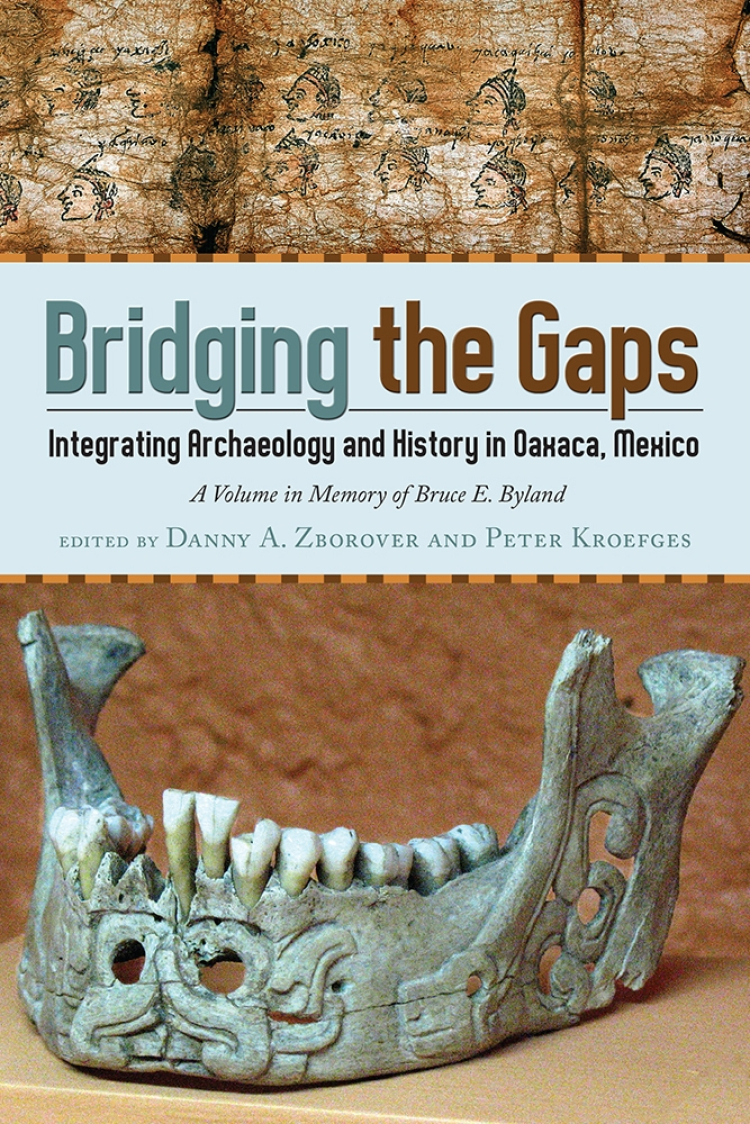 Hardcover Price $75.00
Ebook Price $60.00
30-day ebook rental price $30.00
Buy Now
"[This volume] espouses a perspective that expands traditional understandings of what falls in the realm of history and the lines of evidence that researchers can and should use. . . . an important contribution to historical and archaeological scholarship on Mesoamerica."

"[A]n excellent resource for stimulating theoretical discussion in advanced seminars on historiography or archaeological theory and practice. . . . worthy of a place on the bookshelf of any scholar of Oaxacan and wider Mesoamerican archaeology and history."

Bridging the Gaps: Integrating Archaeology and History in Oaxaca, Mexico does just that: it bridges the gap between archaeology and history of the Precolumbian, Colonial, and Republican eras of the state of Oaxaca, Mexico, a cultural area encompassing several of the longest-enduring literate societies in the world.

Fourteen case studies from an interdisciplinary group of archaeologists, anthropologists, ethnohistorians, and art historians consciously compare and contrast changes and continuities in material culture before and after the Spanish conquest, in Prehispanic and Colonial documents, and in oral traditions rooted in the present but reflecting upon the deep past. Contributors consider both indigenous and European perspectives while exposing and addressing the difficulties that arise from the application of this conjunctive approach.

Inspired by the late Dr. Bruce E. Byland’s work in the Mixteca, which exemplified the union of archaeological and historical evidence and inspired new generations of scholars, Bridging the Gaps promotes the practice of integrative studies to explore the complex intersections between social organization and political alliances, religion and sacred landscape, ethnic identity and mobility, colonialism and resistance, and territoriality and economic resources.

Danny Zborover is a research associate at the Center for US-Mexican Studies at the University of California, San Diego.