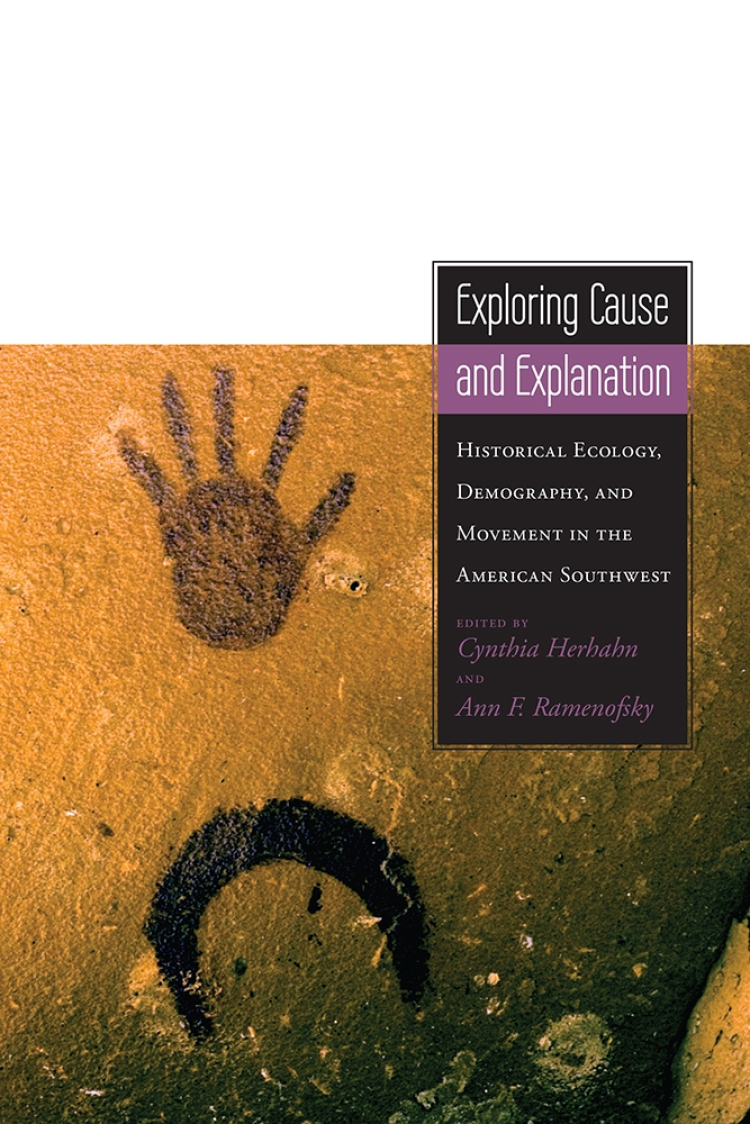 "Exploring Cause and Explanation is a welcome elaboration on three crucial social concepts, refracted through the lens of a specific culture area and time frame. Archaeologists will obviously benefit from it, as will cultural anthropologists, who have almost abandoned the search for causes and explanations, perhaps in fear of simple deterministic or reductionist thought. But in the end, is science not about finding causes and explanations for the empirical observations that we make?"

This thirteenth biennial volume of the Southwest Symposium highlights three distinct archaeological themes—historical ecology, demography, and movement—tied together through the consideration of the knowledge tools of cause and explanation. These tools focus discussion on how and why questions, facilitate assessing past and current knowledge of the Pueblo Southwest, and provide unexpected bridges across the three themes. For instance, people are ultimately the source of the movement of artifacts, but that statement is inadequate for explaining how artifact movement occurred or even why, at a regional scale, different kinds of movement are implicated at different times. Answering such questions can easily incorporate questions about changes in climate or in population density or size.

Each thematic section is introduced by an established author who sets the framework for the chapters that follow. Some contributors adopt regional perspectives in which both classical regions (the central San Juan or lower Chama basins) and peripheral zones (the Alamosa basin or the upper San Juan) are represented. Chapters are also broad temporally, ranging from the Younger Dryas Climatic interval (the Clovis-Folsom transition) to the Protohistoric Pueblo world and the eighteenth-century ethnogenesis of a unique Hispanic identity in northern New Mexico. Others consider methodological issues, including the burden of chronic health afflictions at the level of the community and advances in estimating absolute population size. Whether emphasizing time, space, or methodology, the authors address the processes, steps, and interactions that affect current understanding of change or stability of cultural traditions.

Exploring Cause and Explanation considers themes of perennial interest but demonstrates that archaeological knowledge in the Southwest continues to expand in directions that could not have been predicted fifty years ago.

Cynthia L. Herhahn is the lead archaeologist for the Bureau of Land Management New Mexico State Office. Her research interests include ceramic technology and technology transfer in the North American Southwest as well as mobility strategies in the Prehistoric Andes. She has published peer reviewed articles and contributed six chapters to edited volumes. This is her first book.

Ann F. Ramenofsky is professor emerita in anthropology at the University of New Mexico. Her interests focus on native North American responses to European contact, especially introduced infectious diseases, and archaeological methodologies. She is author of Vectors of Death: The Archaeology of European Contact and co-editor, with Anastasia Steffen, of Unit Issues in Archaeology: Time, Space, and Material.