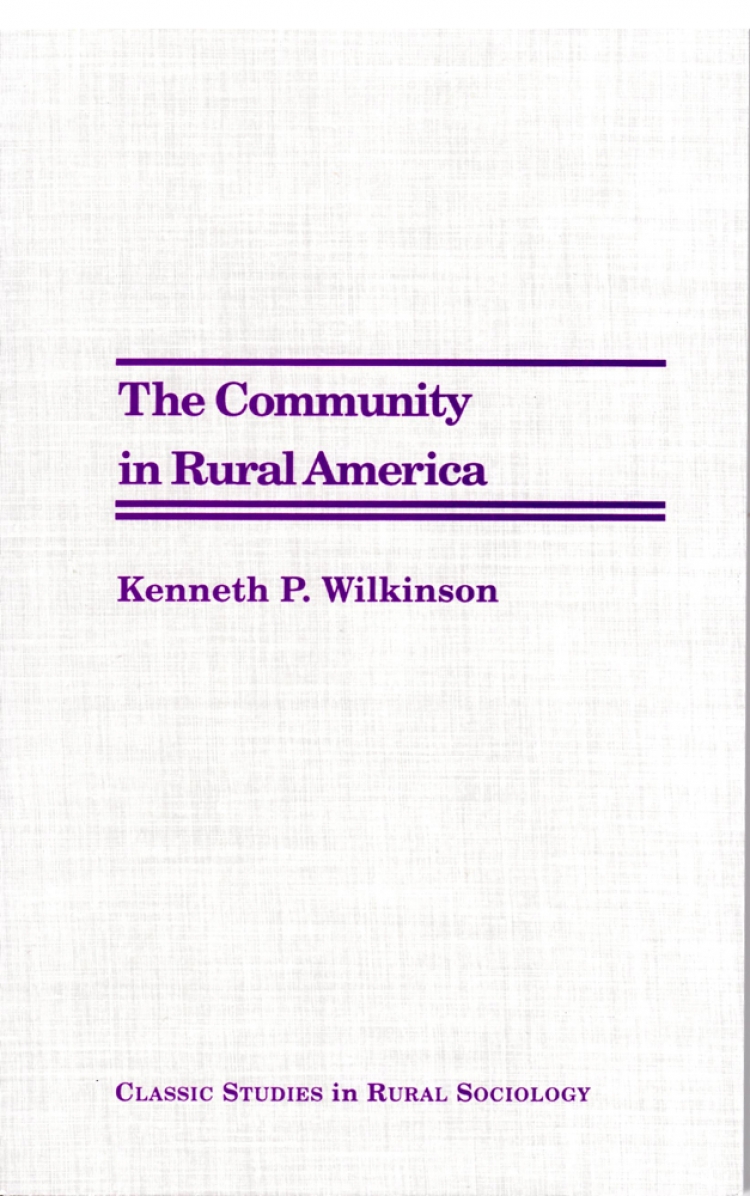 Published by the Social Ecology Press

The Community in Rural America by Kenneth P. Wilkinson remains one of most significant texts on the interactive dynamics of U.S. communities written in the past 50 years. Originally published in 1991, Wilkinson carefully synthesizes the most important contributions to Community Sociology from the 20th century, which had redefined the community phenomenon as a "field of interaction" located in a local population, before expanding upon the concept of the Community Field to address community well-being and development in the "turbulent environment of rural America in the 1990s." The book remains as helpful to scholars interested in community today as when it was originally published due in part to Wilkinson's clear and concise articulation of these important concepts.

Kenneth P. Wilkinson published more than 60 publications in journals such as Rural Sociology, Social Forces, the American Sociological Review, the Journal of the Community Development Society, Social Science Quarterly, among others. Dr. Wilkinson was recognized in his life with numerous awards including the Boggess Award from the Water Resources Association in 1975, the Distinguished Alumnus Award from the Department of Sociology and Anthropology at Mississippi State University in 1984, the Research Accomplishment Award from Gamma Sigma Delta at Penn State in 1991, and the Award for Excellence in Research from the Rural Sociological Society in 1992.

A Study in Cultural Change