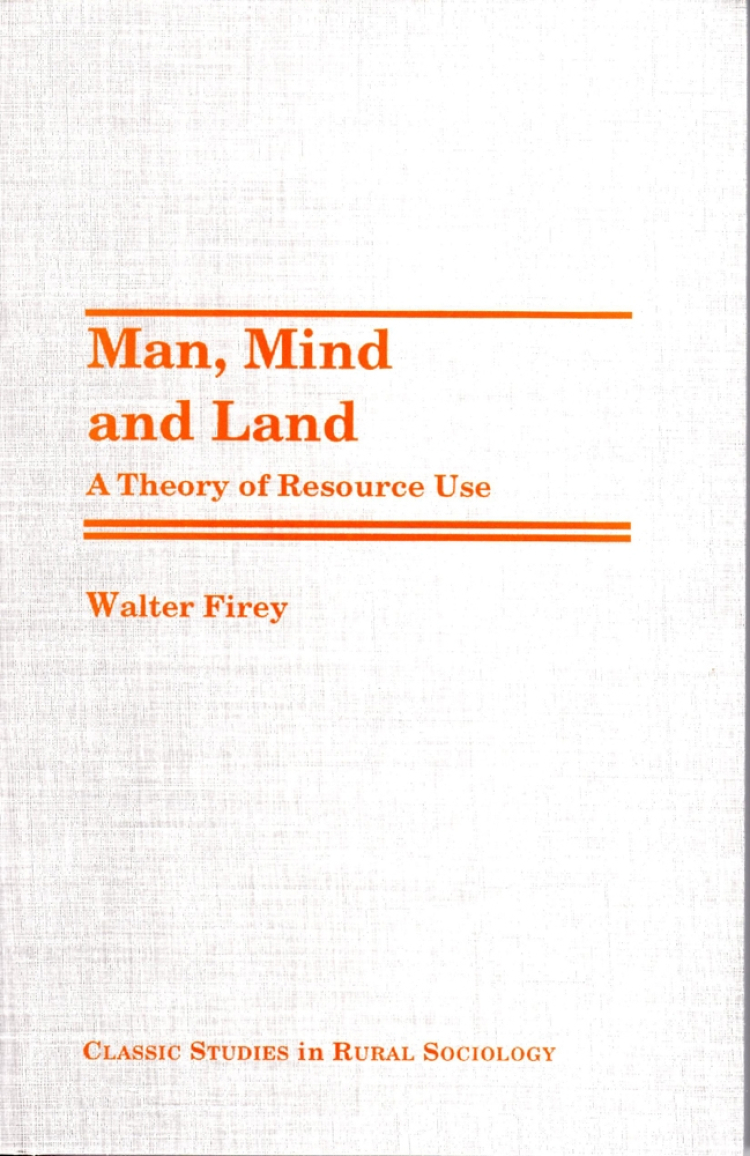 Originally published in 1960, Walter Firey's seminal Man, Mind and Land provides readers with an integrated theoretical perspective on the interplay among social, economic, and cultural conditions and patterns of resource use. This book is one of the earliest and most important contributions to the emergence of natural resource social science which is why it was republished by the Social Ecological Press in an explicit effort to ensure that contemporary students and scholars have continued access to this benchmark contribution. This book remains an important reminder that examination of the human reliance on natural resources has a rich and varied history.

Dr. Walter Firey earned his PhD in Sociology from Harvard University and began his academic career at Michigan State University for a year and a half before becoming an Assistant Professor at the University of Texas in 1946 where he transitioned to Emeritus Professor in 1985. Dr. Firey's scholarship focused on examining land use, natural resources, and social-economic planning. Among his honors was a one-year Fellowship at the Center for Advanced Study in the Behavioral Sciences, at Stanford, California, an Award of Merit from the Natural Resources Research Group of the Rural Sociological Society, and a Pro Bene Meritis Award from the Liberal Arts Foundation of the University of Texas.

The Concepts, Process and Methods of Social Impact Assessment