Governors and the Progressive Movement 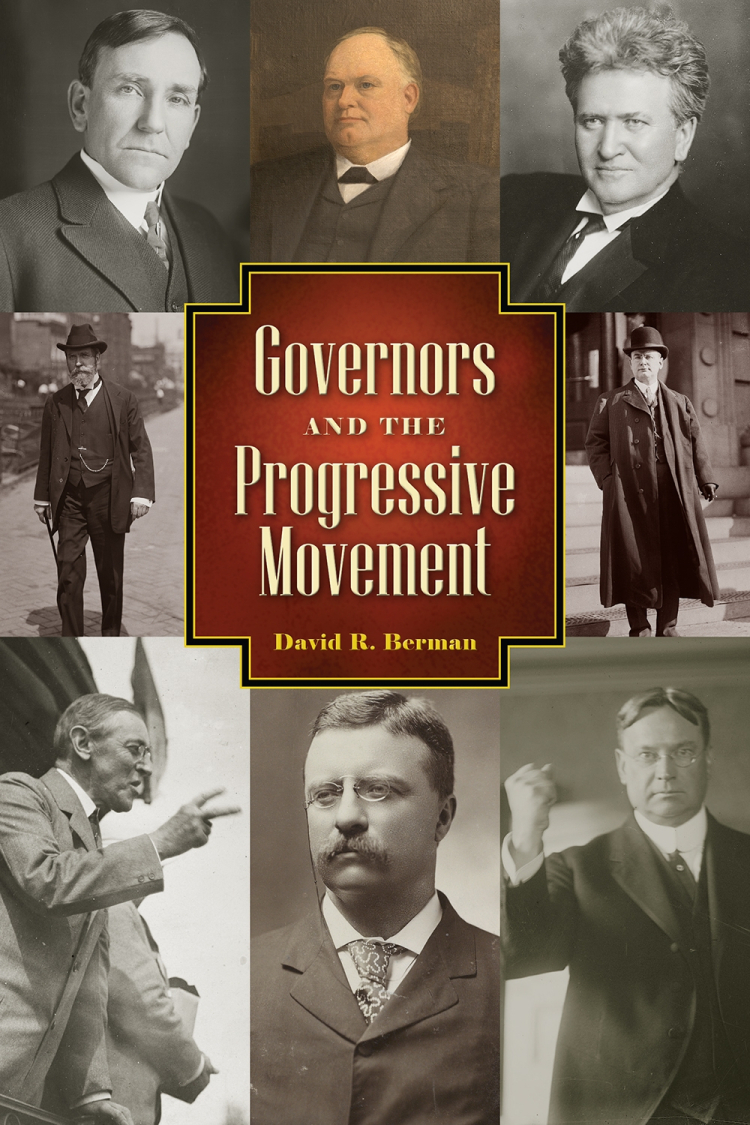 “By focusing on governors of the era and by going beyond the well-known figures like Wilson, Johnson, and La Follette, Berman makes an original and significant contribution to this vast historiography.”
—David Brundage, University of California Santa Cruz

"Berman has identified an important issue for historians and political scientists alike, rescued from obscurity several impressive governors (especially in the West), and clearly demonstrated the remarkable reach and breadth of progressivism, as well as some of its limitations."
—Western Historical Quarterly

"An encyclopedic biography of the Progressive Movement’s governors...This survey’s main strength is centering lesser-known governors, such as 35-year-old Joseph Folk of Missouri, who launched antitrust laws and fought for good government and against mob rule and lynching, but defended school segregation. Summing up: Recommended."
—CHOICE

Governors and the Progressive Movement is the first comprehensive overview of the Progressive movement’s unfolding at the state level, covering every state in existence at the time through the words and actions of state governors. It explores the personalities, ideas, and activities of this period’s governors, including lesser-known but important ones who deserve far more attention than they have previously been given.

During this time of greedy corporations, political bosses, corrupt legislators, and conflict along racial, class, labor/management, urban/rural, and state/local lines, debates raged over the role of government and issues involving corporate power, racism, voting rights, and gender equality—issues that still characterize American politics. Author David R. Berman describes the different roles each governor played in the unfolding of reform around these concerns in their states. He details their diverse leadership qualities, governing styles, and accomplishments, as well as the sharp regional differences in their outlooks and performance, and finds that while they were often disposed toward reform, governors held differing views on issues—and how to resolve them.

Governors and the Progressive Movement examines a time of major changes in US history using relatively rare and unexplored collections of letters, newspaper articles, and government records written by and for minority group members, labor activists, and those on both the far right and far left. By analyzing the governors of the era, Berman presents an interesting perspective on the birth and implementation of controversial reforms that have acted as cornerstones for many current political issues. This book will be of interest to students and scholars of US history, political science, public policy, and administration.

Politics, Labor, and the War on Big Business