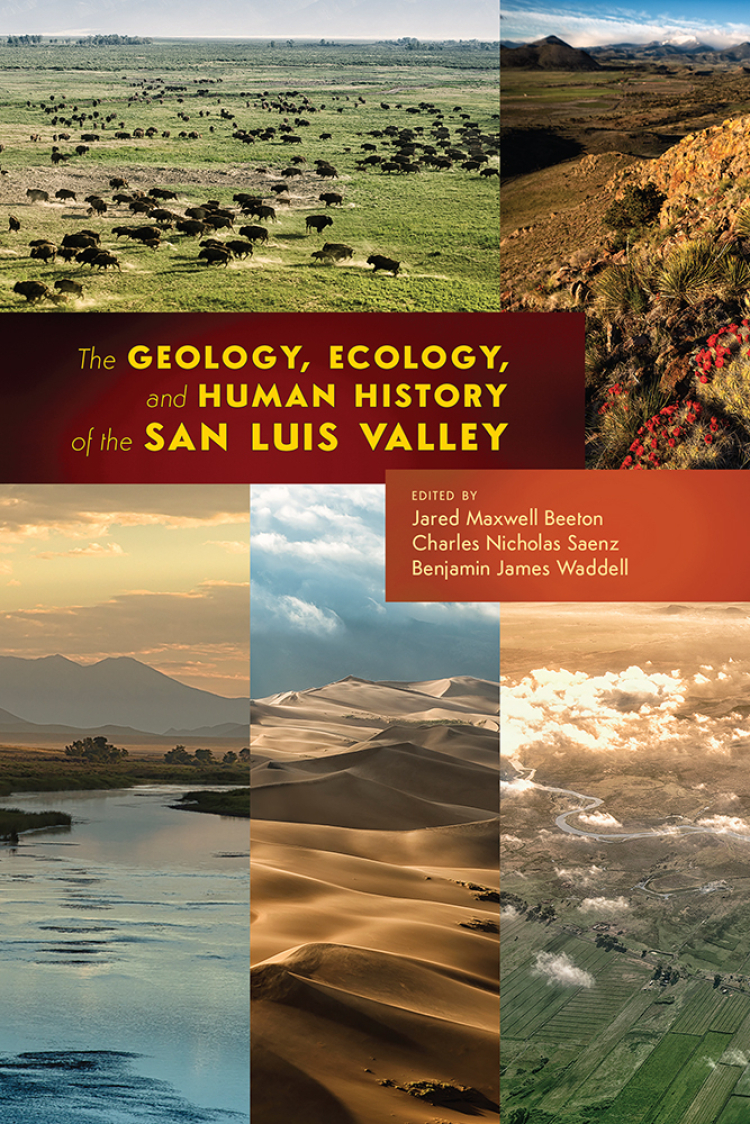 “From the lofty editorial perspective of Blanca Peak, the huge expanse of the San Luis Valley unfolds to the west, south, and north. This long-awaited regional atlas offers readers an in-depth view of the complex geology, intricate ecology, and vast resources they have offered human populations over the centuries.”
—Enrique Lamadrid, professor emeritus at University of New Mexico

“A benchmark contribution to knowledge about the valley, its natural resources, and its people.”
—David Lindsey, scientist emeritus for the US Geological Survey

"This volume will find an essential place on the shelves of universities, public libraries, researchers and general readers who are seeking an authoritative, up-to-date source of scientific and cultural information about the San Luis Valley in Colorado's south-central region and relevant portions of northern New Mexico."
—Colorado Central Magazine

"This anthology offers a broad and valuable overview of the remarkable valley where we live."
—The Crestone Eagle

The Geology, Ecology, and Human History of the San Luis Valley explores the rich landscapes and diverse social histories of the San Luis Valley, an impressive mountain valley spanning over 9,000 square miles that crosses the border of south-central Colorado and north-central New Mexico and includes many cultural traditions. Twenty-six expert scholars and educators—including geologists, geographers, biologists, ecologists, linguists, historians, sociologists, and consultants—uncover the natural and cultural history of the region, which serves as home to the Sangre de Cristo Mountains, the San Juan Mountains, Great Sand Dunes National Park and Preserve, and the Rio Grande headwaters.

The book provides a comprehensive overview of the endemic flora and fauna, human history of indigenous lifeways, and diverse settlement patterns that have shaped the region. The Geology, Ecology, and Human History of the San Luis Valley will appeal to students and scholars of geology, ecology, environmental history, and cultural history, as well as residents and tourists seeking to know more about this fascinating and integral part of Colorado and New Mexico.

Charles Nicholas Saenz is associate professor of history at Adams State University and president of the Sangre de Cristo National Heritage Area. His work has been published in the Bulletin for Spanish and Portuguese Historical Studies and The San Luis Valley Historian. He has served as an exhibition consultant for History Colorado and appeared on Rocky Mountain PBS.

Benjamin James Waddell is associate professor of sociology, criminology, and borderlands at Fort Lewis College. His work has been published in Sociology of Development, Latin American Research Review, The Social Science Journal, Rural Sociology, Huffington Post, The Conversation, and The Week. More about his work can be found at benjaminjameswaddell.com.

From York Factory to the Rocky Mountains

The Things We Carry

Strategies for Recognizing and Negotiating Emotional Labor in Writing Program…