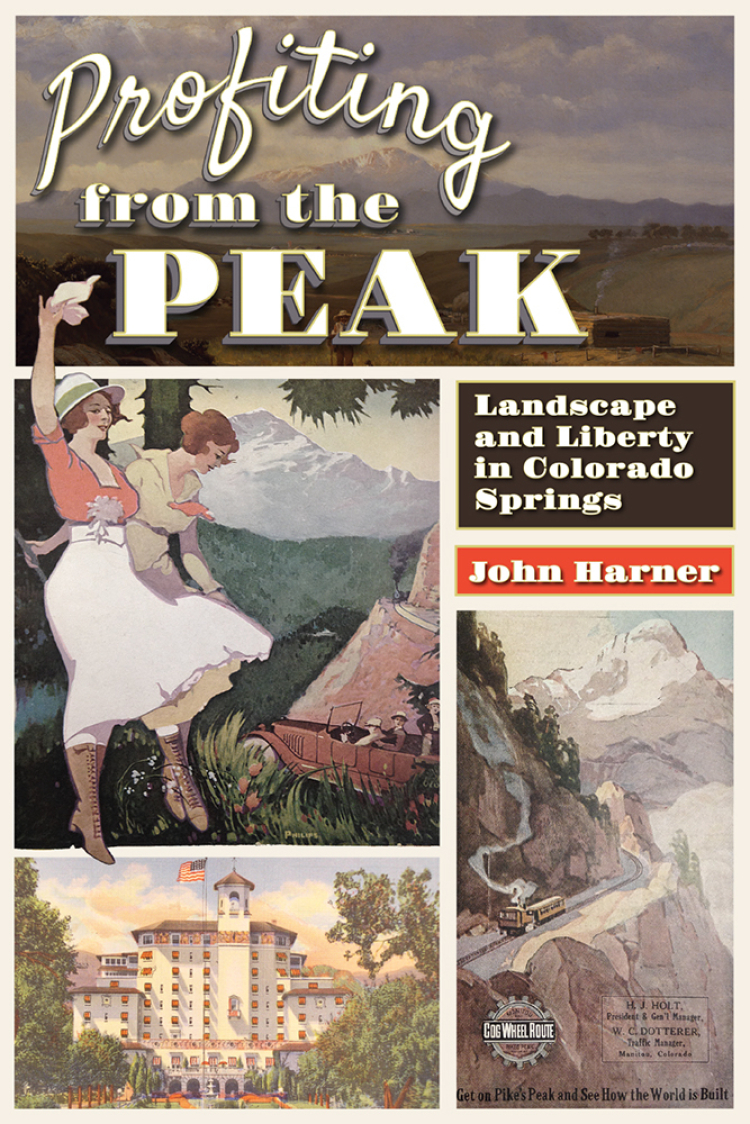 “A significant contribution to historical geographies of American places, the conclusions add an important element to our understanding of real places, Colorado, American cities, and the American West. The book is excellent.”
—Rex J. Rowley, Illinois State University

“A nicely compiled and highly enjoyable history of the Colorado Springs region.”
—The Denver Westerns Roundup

Colorado Springs, Colorado, has long profited from Pikes Peak and built an urban infrastructure to sustain that relationship. In Profiting from the Peak, geographer John Harner surveys the events and socioeconomic conditions that formed the city, analyzing the built landscape to offer insight into the origins of its urban forms and spatial layout, focusing particularly on historic downtown architecture and public spaces. He examines the cultural values that have come to define the city, showing how military and other institutions, tourism, political and economic conditions, cultural movements, key individual actors, and administrative policies have created a singular urban personality.

Capital accumulation has been a defining theme of Colorado Springs from its very beginning, with enormous profits generated from regional industrialization, railroads, land sales, water appropriation, and extraction of coal and gold. These conditions and its setting in the Rocky Mountain West formed a libertarian-oriented, limited governance philosophy.

This persistent prioritization of liberty at the heart of Colorado Springs’s identity, specifically the freedom to conduct business and generate profits in a relatively unconstrained setting, has directed the urban sprawl of the built landscape and molded the region’s political culture. Profiting from the Peak will be of interest to historical and urban geographers, historians of Colorado and the American West, and anyone seeking a deeper understanding of the cultural identity of Colorado Springs.