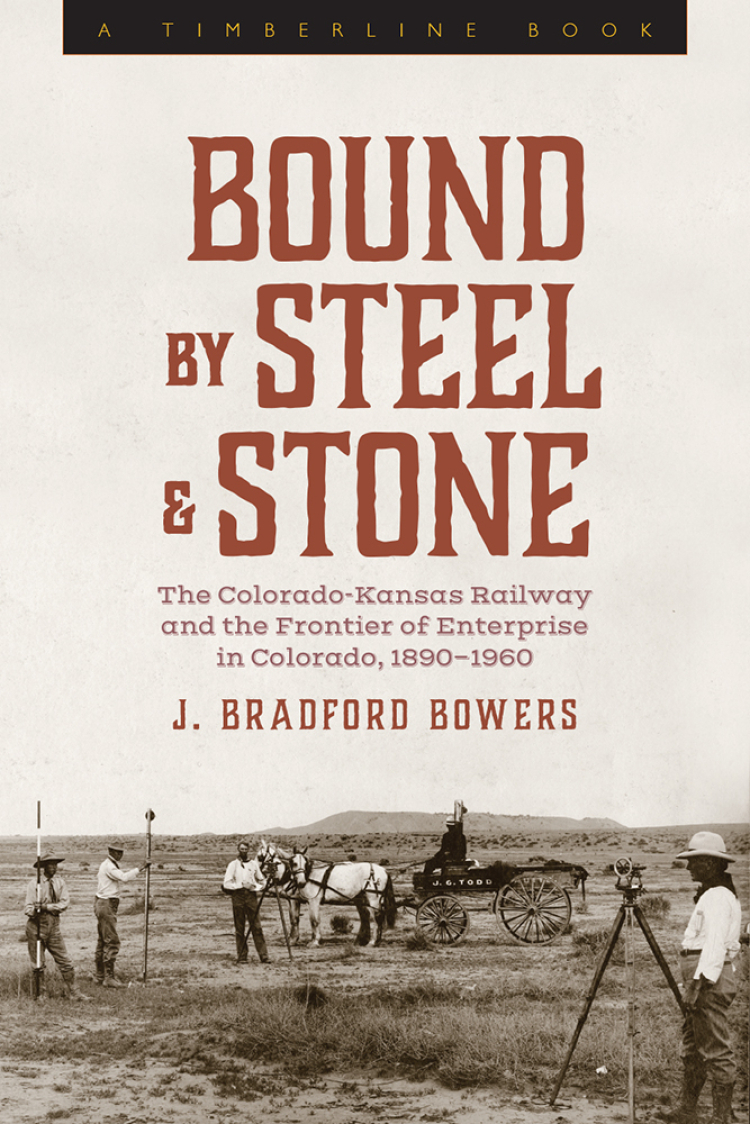 “The scholarship of this work is outstanding. Bowers’s research is excellent, and his manuscript is very relevant to the research within the field. His work is a great addition to the railroad and southeast Colorado history.”
—Duane Vandenbusche, Western Colorado University

“The scholarship is excellent; the author has done an outstanding job with his research, exploiting a wide range of primary and secondary source materials.”
—H. Roger Grant, Clemson University

“The railroad enthusiast will find much to appreciate.”
—Roundup, Denver Posse of Westerners

Bound by Steel and Stone analyzes the Colorado-Kansas Railway through the economic enterprise in the American West in the decades after the supposed 1890 closing of the frontier. In it, J. Bradford Bowers weaves a tale of reinvention against the backdrop of the newly settled West, showing how the railway survived in one form or another for nearly fifty years, overcoming competition from other railroads, a limited revenue base, and even more limited capital financing.

Offering the Colorado-Kansas Railway as an example of how shortline railroads helped to integrate the rural landscape with the larger urban and economic world, Bowers reveals the constant adaptations driven by changing economic forces and conditions. He puts the railway in context of the wider environmental and political landscapes, the growing quarrying and mining business, the expansion of agriculture and irrigation, Progressive-era political reforms, and land development. In the new frontier of enterprise in the early twentieth-century American West, the railroad highlights the successes and failures of the men inspired to pursue these new opportunities as well as the story of one woman who held these fragile industries together well into the second half of the twentieth century.

Bound by Steel and Stone is an insightful addition to the history of industrialization and economic development in Colorado and the American West.