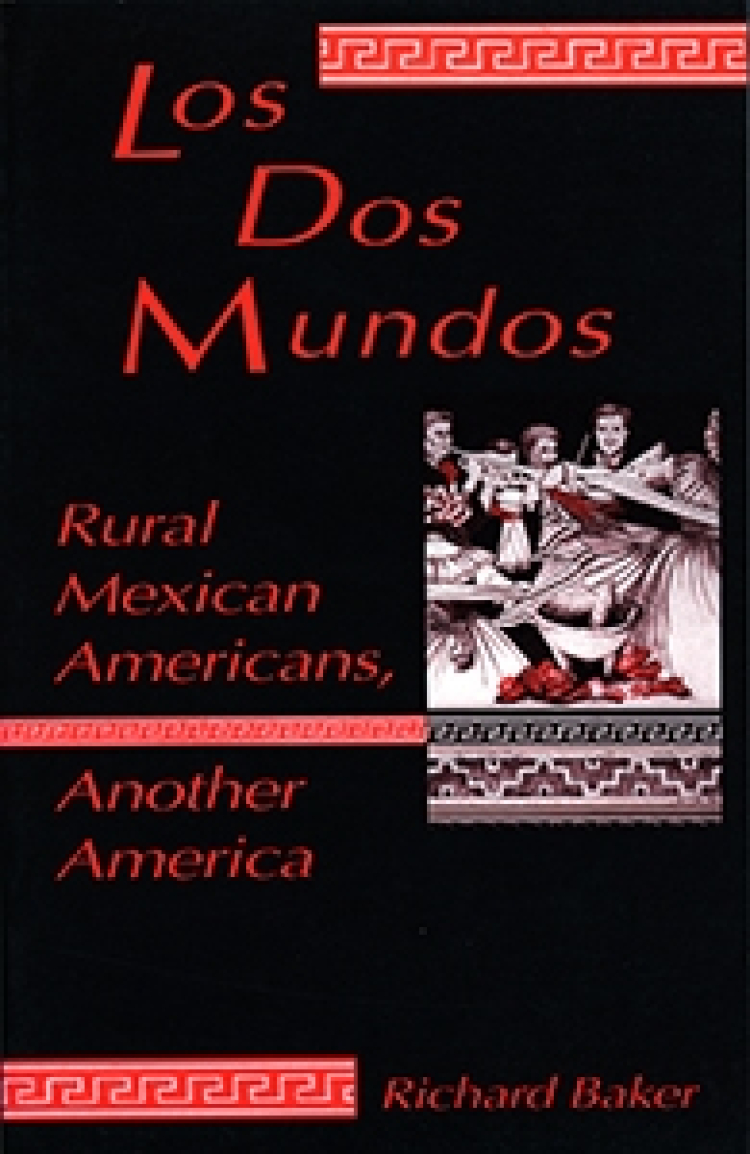 Paperback Price $28.95
Buy Now
"In Los Dos Mundos, sociologist Richard Baker examines the distinct worlds of its contemporary Anglo American and Mexican American residents. It is the first major academic work on Mexican Americans in [Idaho], and the first detailed community study of Mexicans in the Pacific Northwest. The study is based on author interviews of local Mexican Americans and Anglos, attendance at public meetings, and ongoing contacts with key information for a period of more than a year."

Mexican Americans make up the largest minority in Idaho, yet they seemingly live in a different world from the dominant Anglo population, and because of pervasive stereotypes and exclusive policies, their participation in the community's social, economic, and political life is continually impeded.

This unique ethnographic study of a small Idaho community with a large Hispanic population examines many dimensions of the impact race relations have on everyday life for rural Mexican Americans.

Richard Baker is professor of sociology at Boise State University.

A Collection of Stories from the Modern Maya of Southern Mexico