Literacies and Legitimacy in the Postmodern Academy 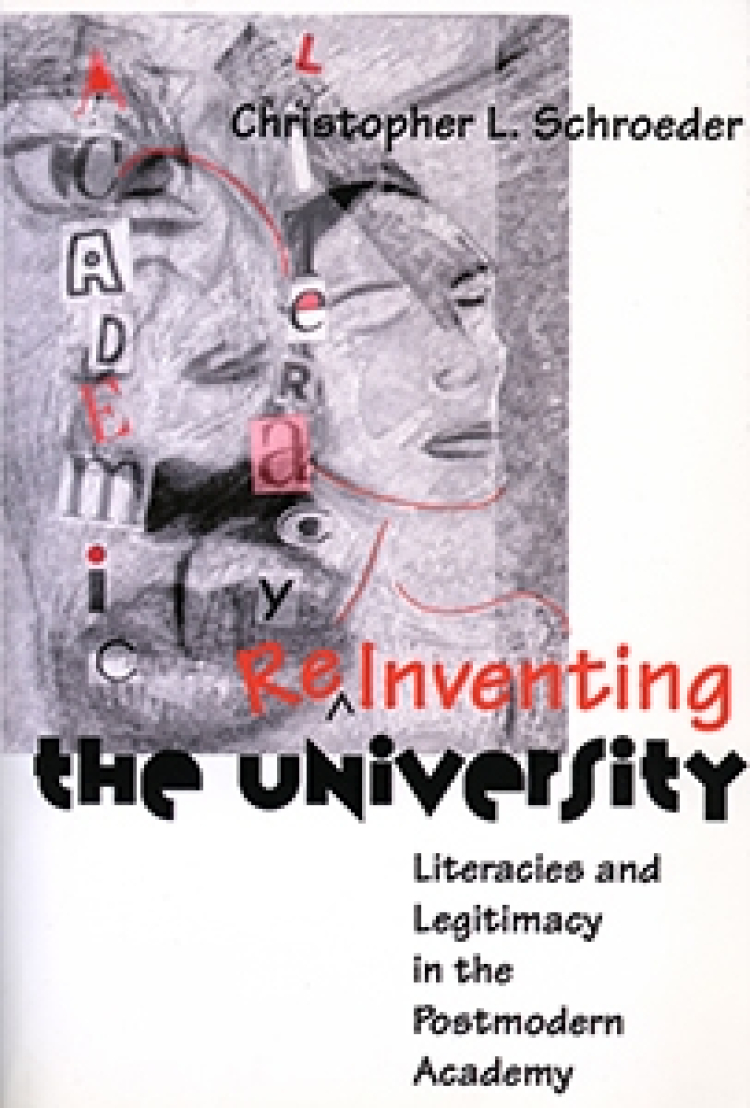 "Discussions of critical pedagogy, if they ever were only for a 'radical fringe,' are so no more, but rather are moving to central position in the field's pedagogical and theoretical concerns. Schroeder has produced a book that will do much to advance our understanding of these concerns. . . . [His] concept of 'constructed literacies' poses a provacative pedagogical and theoretical challenge that I am sure will be much discussed and debated. . . . I think 'constructed literacies' represents a positive advance over much existing work in critical pedagogy."
—Patricia Bizzell

Christopher Schroeder spends almost no time disputing David Bartholomae's famous essay, but throughout ReInventing the University, he elaborates an approach to teaching composition that is at odds with the tradition that essay has come to represent.

On the other hand, his approach is also at odds with elements of the pedagogies of such theorists as Berlin, Bizzell, and Shor. Schroeder argues that, for students, postmodern instability in literacy and meaning has become a question of the legitimacy of current discourse of education. Schroeder is committed, then, to constructing literacies jointly with students and by so doing to bringing students to engage more deeply with education and society.

To accomplish this, of course, he must advocate rebalancing instruction to a more radically student-centered curriculum. This does not mean he abandons traditional discourse or traditional practice in the classroom; rather, tradition becomes only one voice among many in the classroom, instead of being the dominating one. ReInventing the University is an extended discussion of why Schroeder feels this is necessary, how he tries to construct literacies that have legitimacy with students, and what his experiences could mean for classrooms, departments, and disciplines.

Along the way, Schroeder includes parallel voices of dissent and evaluation from his students, administrators, and his colleagues, plus responses written especially for this book by Peter Elbow and Victor Villanueva. Few other books in this field engage contrary positions with such respect and honest dialogue. A challenging, path-breaking work, ReInventing the University articulates a new standard by which pedagogy in composition must now be considered.

Christopher L. Schroeder is professor of English and Global Studies at Northeastern Illinois University. His publications include ReInventing the University and Diverse by Design (both USUP).