Listening to Composition with Bakhtin 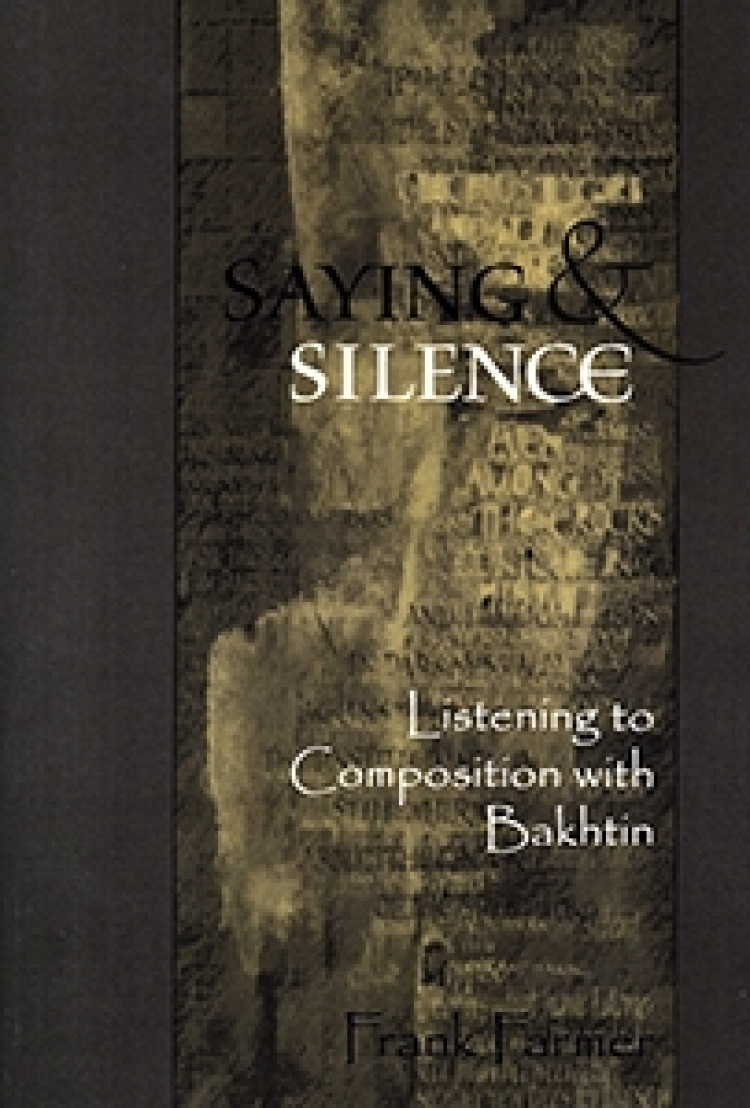 "[I]f there is a single, guiding assumption that underwrites these essays, it is that within the dialogues we commence with our students, our publics, and ourselves, there is ample warrant for hope--hope that through the words we share, the world we share likewise can be revised to include more voices, can be reimagined as a meeting place where, in Terry Eagleton's phrase, "people feel less helpless, fearful, and bereft of meaning" (184). It is my hope that these essays make some small contribution to that end."
—from the Introduction

In composition studies for the last two or three decades, Bakhtin has been especially influential through his theories of language, dialogue, and genre. His work is required reading in upper division and graduate rhetoric courses and is included in the recent major surveys of rhetoric.

Frank Farmer has contributed important essays to the study of Bakhtin in composition, and in Saying and Silence he gathers some of those, along with several new essays, into a single volume. Scholars who specialize in Bakhtin will find this work engaging, but equally Farmer wants to explicate and apply Bakhtin for readers whose focus is teaching or some other nonspecialist dimension of writing scholarship.

Farmer explores the relationship between the meaningful word and the meaningful pause, between saying and silence, especially as the relationship emerges in our classrooms, our disciplinary conversations, and encounters with publics beyond the academy. Each of his chapters here addresses some aspect of how we and our students, colleagues, and critics have our say and speak our piece, often under conditions where silence is the institutionally sanctioned and preferred alternative. He has enlisted a number of Bakhtinian ideas (the superaddressee, outsideness, voice in dialogue) to help in the project of interpreting the silences we hear, naming the silences we do not hear, and of encouraging all silences to speak in ways that are freely chosen, not enforced.

What he offers, then, is a compact collection that addresses major areas of Bakhtinian thought and influence on composition practice to date. And he does this in a voice and style that will be accessible to the general scholar as well as the specialist and will be suitable for use with the advanced composition student, too.

Frank Farmer is professor of English at the University of Kansas and recently served as chair of the MLA Division Executive Committee on Language and Society. He is the author of Saying and Silence: Listening to Composition with Bakhtin and After the Public Turn: Composition, Counterpublics, and the Citizen BricoleurComposition, Counterpublics, and the Citizen Bricoleur (USUP) and the editor of Landmark Essays on Bakhtin, Rhetoric, and Writing (Erlbaum).

After the Public Turn

Composition, Counterpublics, and the Citizen Bricoleur