High-Country Encounters from California to Maine 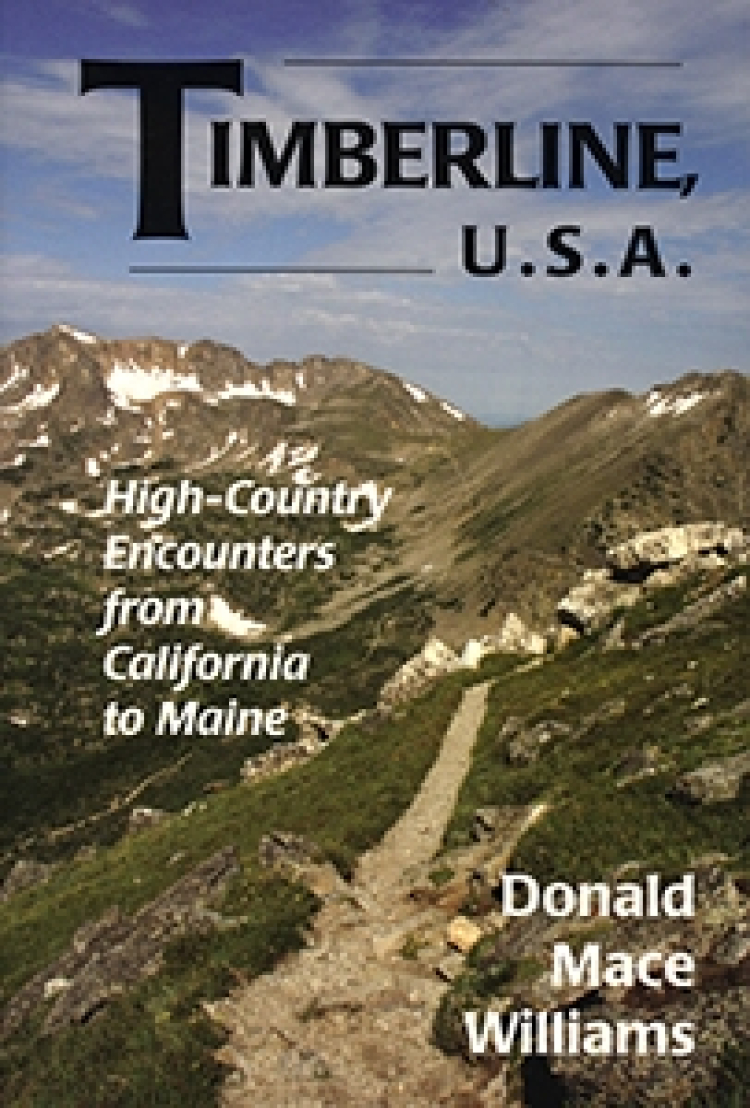 As a youth in Denver, Donald Mace Williams developed an affection for high mountain country. After a journalistic career spent mostly on flat lands, he set out to rediscover what was special about country above timberline. He hiked the high alpine in four of America's major ranges—the Rockies, Sierra Nevada, Cascades, and northern Appalachians—and in his narrative of his travels, he tells us what he saw and learned and who he met. Having visited some of these areas when younger, Williams compares his psychological and physical responses as an older man and how his ideas about how to treat the environment have evolved. A recurring theme is the compromises that people such as he make between the pull of mountains and freedom and the responsibilities of making a living in the lowlands. Mainly, he observes and experiences what is distinctive about the timberline environment.

Throughout his book, Williams gently informs readers regarding timberline history, nature, weather, and archaeology; high altitude physiology; and environmental concerns. Frequently, he recounts encounters with interesting and varied people he meets on the trails: a young British hiking companion who has come back to Colorado to repeat a climb on which, a year previously, his two fellow climbers died; a pilot who climbs isolated peaks in the Sierra Nevada in search of bouillon-can scrolls signed by famous early mountaineers; a "Literate Farmer" who pauses on a mountain trail in Vermont to discuss Robert Frost.

Donald Mace Williams is a retired journalist who has worked for such newspapers as The Wichita Eagle, Newsday, and the Fort Worth Star-Telegram. He has a Ph.D. in English from the University of Texas, has published one previous book (Interlude in Umbarger: Italian POWs and a Texas Church); poems in Western Humanities Review, Iron Horse Literary Review, and South Dakota Review; and a short story in Southwest Review. He now lives in Texas.