Presidential Politics and the Assassination of the First Mormon Prophet 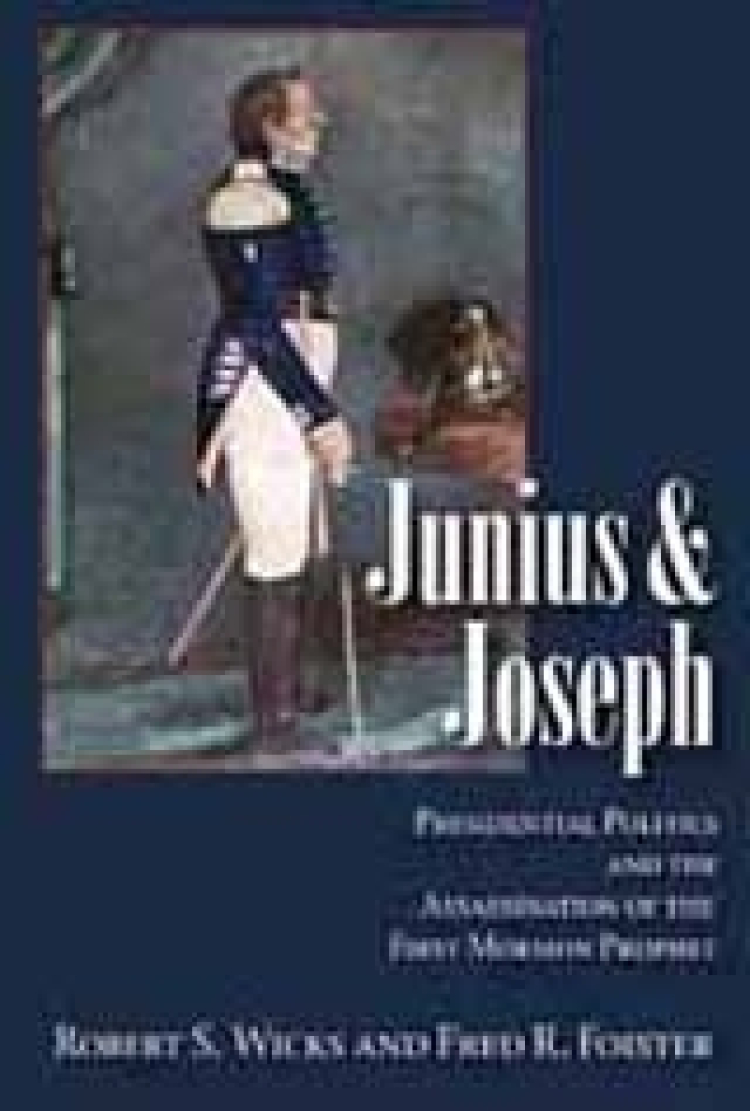 "Junius and Joseph examines Joseph Smith's nearly forgotten [1844] presidential bid, the events leading up to his assassination on June 27, 1844, and the tangled aftermath of the tragic incident. [It] establishes that Joseph Smith's murder, rather than being the deadly outcome of a spontaneous mob uprising, was in fact a carefully planned military-style execution. It is now possible to identify many of the key individuals engaged in planning his assassination as well as those who took part in the assault on Carthage jail. And furthermore, this study presents incontrovertible evidence that the effort to remove the Mormon leader from power and influence extended well beyond Hancock County [Illinois] (and included prominent Whig politicians as well as the Democratic governor of the state), thereby transforming his death from an impulsive act by local vigilantes into a political assassination sanctioned by some of the most powerful men in Illinois. The circumstances surrounding Joseph Smith's death also serve to highlight the often unrecognized truth that a full understanding of early Mormon history can be gained only when considered in the context of events taking place in American society as a whole."

Beginning with this provocative thesis from the introduction, Wicks and Foister engage in a thorough reexamination of Joseph Smith's 1844 presidential candidacy, its political context and implications, and its probable connection to his murder. While their work asserts controversial conclusions about what and who were behind that murder, the book's import extends further since it provides unprecedented, detailed portraits of political Mormonism, politics in 1844 Illinois and the Midwest, the web of connections and personalities that linked the two, and the events of June 27.