Recollections of Past Days 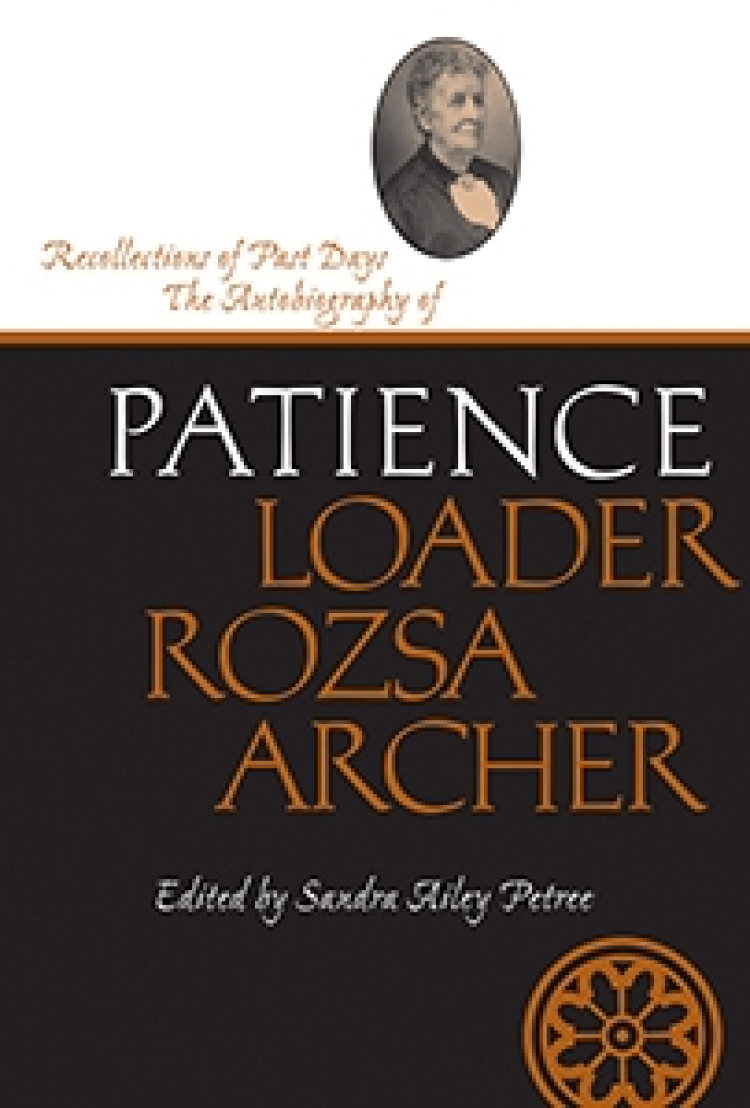 Winner of the 2006 Evans Biography Award

For visitors to the Martin's Cove historic site in Wyoming, Patience Loader has become an icon of the disastrous winter entrapment of the Martin and Willie handcart companies. Her record of those events is important, but there is much else of interest in her autobiography. In fact, it is a bit unusual that someone such as her would have left such an engaging record of her life.

The daughter of an English gardener, Patience Loader became a boarding house servant, domestic maid, and seamstress. Converted to Mormonism, she shipped with her parents to America. They joined the ill-fated Martin company, which because of poor planning and a late start west, was caught poorly prepared by severe high plains snowstorms in October and November 1856. The combined fatalities of the Martin and Willie companies made this the worst disaster in the history of overland travel. Patience's father was one of those who died. After reaching Utah, Patience took the unusual step for a Mormon of marrying a soldier, John Rozsa, stationed at Camp Floyd. The troops there had made up the Utah Expedition, sent to ensure federal authority over the Mormons. Rozsa was a Hungarian immigrant and Mormon convert. When the Utah troops were recalled for the Civil War, Patience accompanied her husband, as an army laundress, to Washington, D.C., running a boarding house while Rozsa fought. After the war, he died at Fort Leavenworth of consumption, and Patience returned alone to Utah, where she became a cook at a mining camp in American Fork Canyon. Her autobiography ends there in 1872, though she lived till 1922.

Sandra Petree teaches literature as a member of the English faculty at Northwestern Oklahoma State University and was originally drawn to this autobiography as a literary text. While her historical annotation is thorough, she also considers the memoir as the self-inscription of an ordinary woman who did extraordinary things and then, as best she could, gave them a vivid expressive form. Petree's edition of Loader fits well the literary as well as historical aims of series editor Maureen Ursenbach Beecher.