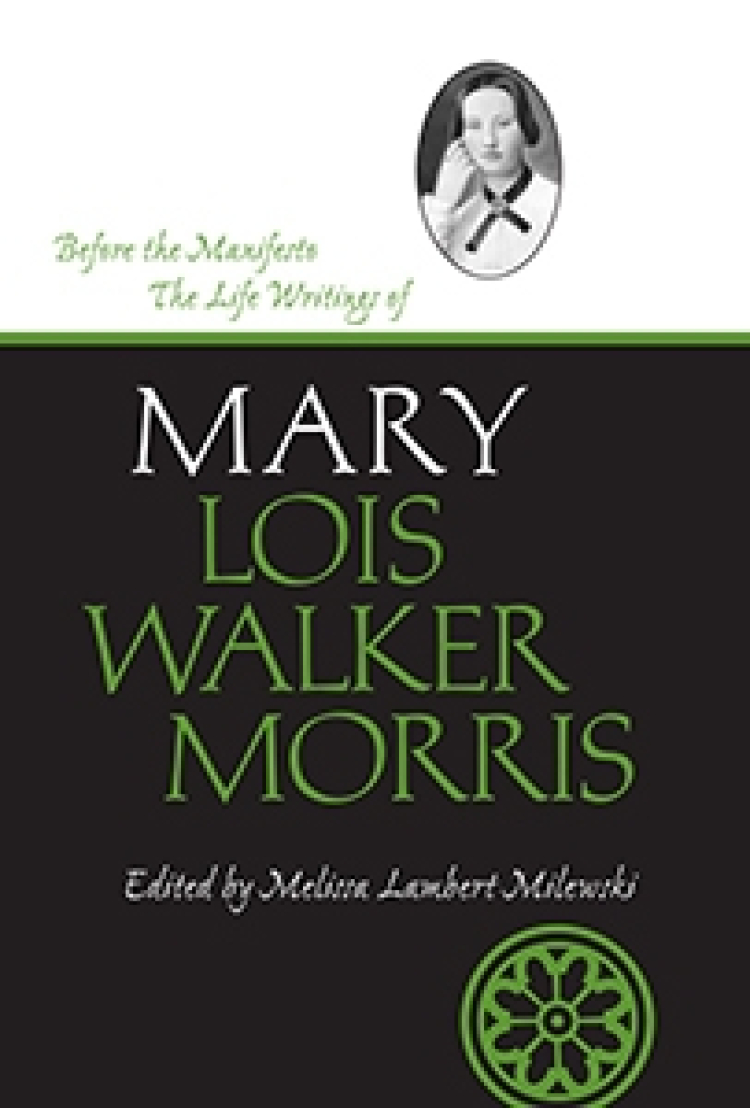 Mary Lois Walker Morris was a Mormon woman who challenged both American ideas about marriage and the U.S. legal system. Before the Manifesto provides a glimpse into her world as the polygamous wife of a prominent Salt Lake City businessman, during a time of great transition in Utah. This account of her life as a convert, milliner, active community member, mother, and wife begins in England, where her family joined the Mormon church, details her journey across the plains, and describes life in Utah in the 1880s. Her experiences were unusual as, following her first husband's deathbed request, she married his brother as a plural wife in the Old Testament tradition of levirate marriage.

Mary Morris's memoir frames her 1879 to 1887 diary with both reflections on earlier years and passages that parallel entries in the day book, giving readers a better understanding of how she retrospectively saw her life. The thoroughly annotated diary offers the daily experience of a woman who kept a largely self-sufficient household, had a wide social network, ran her own business, wrote poetry, and was intellectually curious. The years of "the Raid" (federal prosecution of polygamists) led Mary and Elias Morris to hide their marriage on "the underground," and her to perjury during Elias's trial for unlawful cohabitation. The book ends with Mary Lois's arrival at the Salt Lake Depot after three years in exile in Mexico with a polygamist colony.

Melissa Lambert Milewski, a descendant of Mary Lois Walker Morris, is a doctoral candidate in American history at NYU with degrees from Stanford and BYU. This is her first book.

Recollections of Past Days