Neck of the World 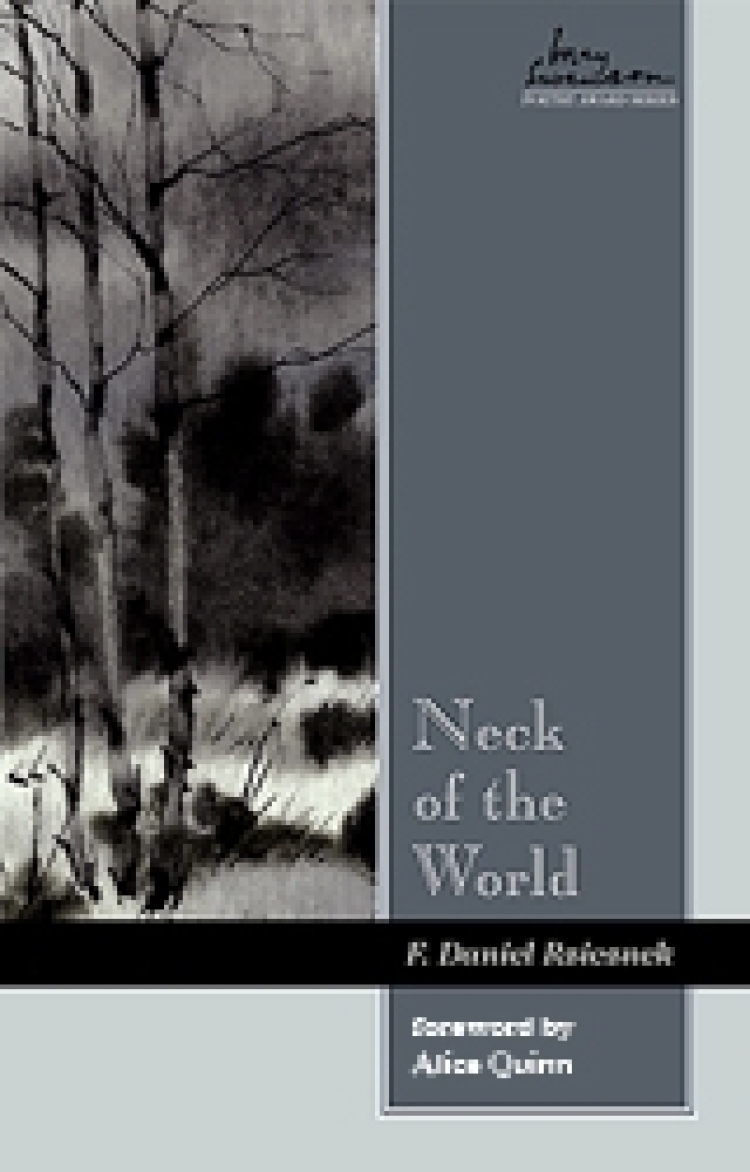 Volume 11 of the May Swenson Poetry Award Series, 2007

"In these tattered and shameful times, it enlarges the spirit to find poems of such expansive inseeing. F. Daniel Rzicznek describes his world with transformative perception: whether it's 'the bright branch of . . . [his] spine,' or 'the night sky pinned to the inside of his skull,' the metaphors are so incisive they leave one with a renewed sense of the enduring relationship between things. Passionate, relevant, direct, well-heard, and wholly unpretentious, these are stunning poems: they matter."
—Jane Mead

"F. Daniel Rzicznek is an eccentric, a word I use, very honorifically, in its originative sense: 'away from the center.' What I mean is that here I've found a poet like none other I know: a man completely at home both in the natural universe and in some intriguingly dreamy realm, to which his imagination often leads me. The purely physical and the oneiric: what other poetry can figure these not as adversarial but as complementary? Neck of the World uncannily does so, in poem after brilliant poem."
—Sydney Lea

In Neck of the World Daniel Rzicznek offers poems that, in quick, angular language, capture the natural world and at the same time extend it into a surreal vision, sometimes dream-like, sometimes dark. Alice Quinn, judge for the 2007 Swenson Award, says this of Rzicznek's work: "Throughout, the language pulsates, always vigorous, by turns knotty and crystalline. . . . In Neck of the World, we have a poet with a striking new vision—challenging, rewarding, and bold."

Thousands of miles north,
let caribou stir on an open hill.
With five swans lifting
over squat pines, let mute sun
shape the grasses grown coarse
as questions in tundra heat.
Let roads crack through lunar regions
of the down country: hairs
clutching in shower basins.
Let for now a hound to track
his tail into prairies, borders,
and damp swamp light,
springheeled by the burnt gusts
of foliage. The hydrangea,
gut blue beneath my bed's window,
casts petals like bits of map
shredded in the dryer. Let it
barter local roots for what
passes as a life, a name
crumbling free of darkness.
And of course me too. Take me in.