Wildlife on the Wind

A Field Biologist's Journey and an Indian Reservation's Renewal 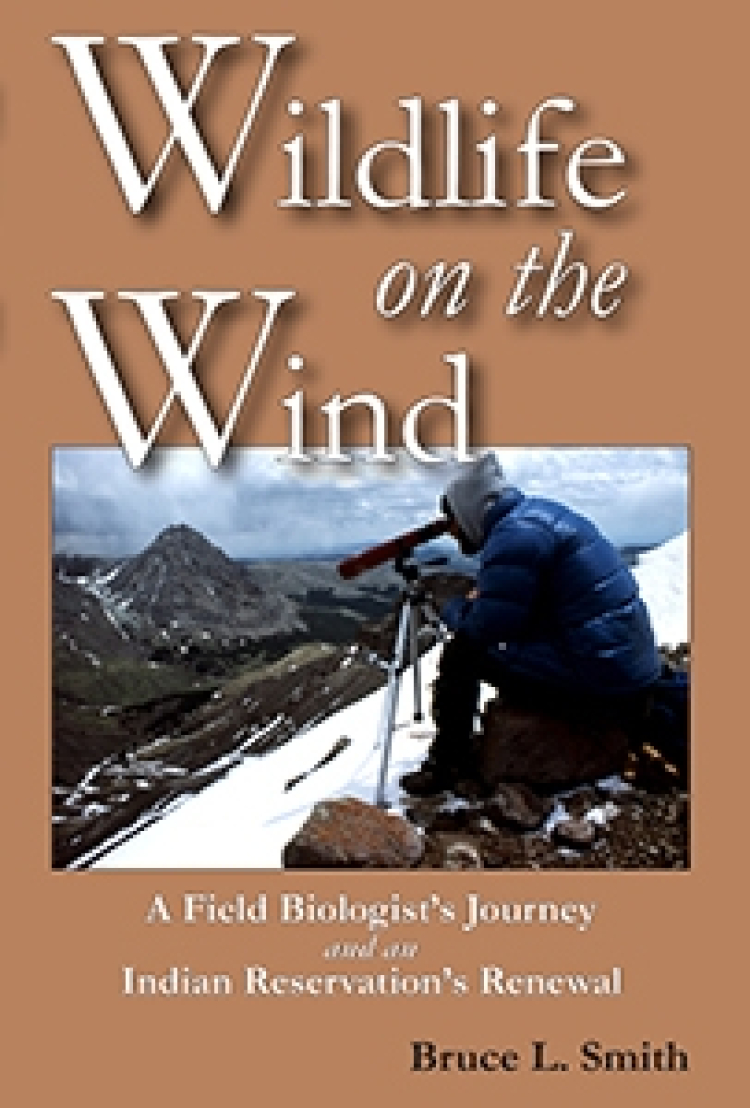 "The urgent task of restoring nature must of necessity be carried out by dedicated people who give themselves over to knowing and loving particular places. Bruce Smith is one of those people, and his account vividly illustrates both the hard work of healing and the success that can come when that work pays off."
—Peter Friederici, author of Nature's Restoration

"Combining history, biology, and memoir, Smith evokes the challenges of one of conservation's least sung professions—the wildlife biologist. In the process, he also recounts an exciting story of how Wyoming's Wind River Indian Reservation restored its wildlife."
—Ted Kerasote, author of Heart of Home: People, Wildlife, and Place

"But what may be best about this book is the way it depicts one biologist's passion for his profession. For the best wildlifers, conservation isn't a job; it's a calling. Smith is one of those. Woven through the narrative are vignettes from his training and early employment that communicate his love of wildlife and the places that support wildlife. Smith is a good writer and he brings a lifetime of unique experience to the subject he's chosen in this book. It's a good read for anyone with an interest in the real work of wildlife conservation."
—Wyoming Wildlife Magazine

"Smith's writing is colorful and engaging, often infused with humorous incidences and distinctive expressions. . . . I recommend this highly successful and satisfying conservation case-history to anyone interested in the growth and development of an outstanding wildlife biologist, or to those interested in the recent history and status of wildlife and American Indian peoples in this part of our country."

In the heart of Wyoming sprawls the ancient homeland of the Eastern Shoshone Indians, who were forced by the U.S. government to share a reservation in the Wind River basin and flanking mountain ranges with their historical enemy, the Northern Arapahos. Both tribes lost their sovereign, wide-ranging ways of life and economic dependence on decimated buffalo. Tribal members subsisted on increasingly depleted numbers of other big game—deer, elk, moose, pronghorn, and bighorn sheep. In 1978, the tribal councils petitioned the U.S. Fish and Wildlife Service to help them recover their wildlife heritage. Bruce Smith became the first wildlife biologist to work on the reservation. Wildlife on the Wind recounts how he helped Native Americans change the course of conservation for some of America's most charismatic wildlife.

Bruce L. Smith is a veteran wildlife manager and scientist of the US Fish and Wildlife Service. He is the author of three other books and recipient of a 2012 Montana Book Award for Where Elk Roam. His wildlife conservation blog can be found at www.brucesmithwildlife.com.

The Aleutian Islands of Alaska

Living on the Edge