edited by Sidney I. Dobrin, J. A. Rice, and Michael Vastola 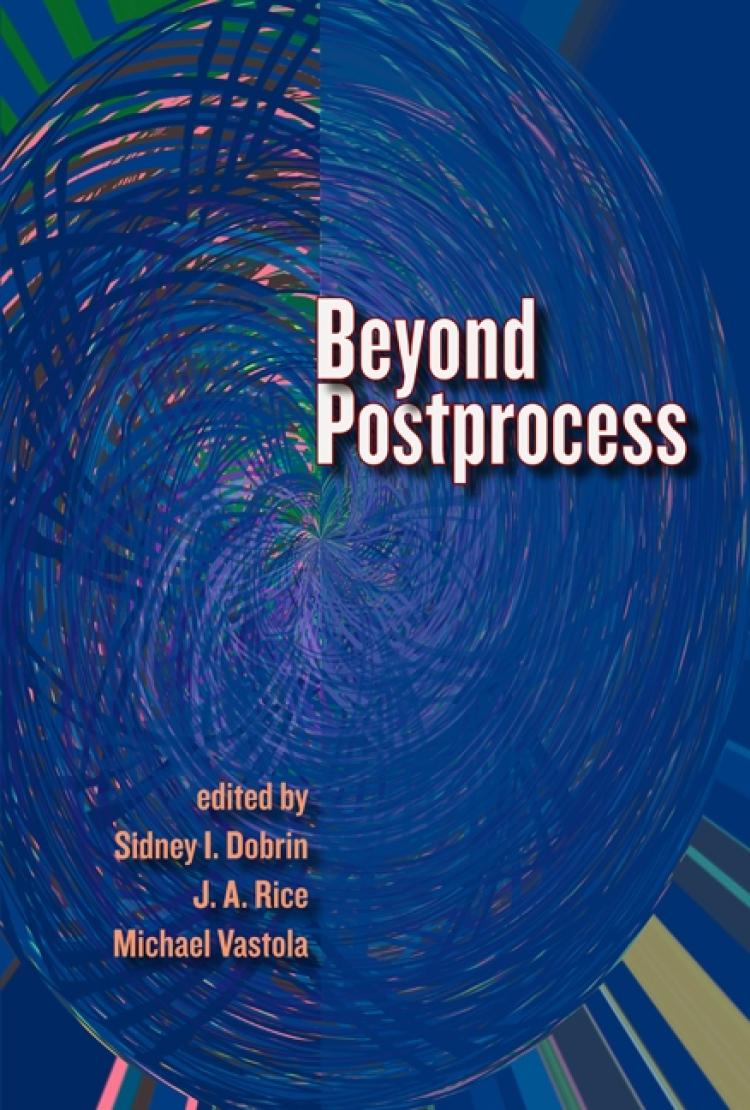 "This is the first collection of essays about postprocess that has the potential to help inspire positive change in our theorizing and pedagogical practice on the same scale as did collections that made the process movement a national phenomenon."
—Nancy DeJoy, author of Process This

"I had no interest in the postprocess party before I read this book. My kind of resistance seems exactly what the authors in this collection wanted to reach and to overcome. And they reached me, and I overcame. That's a huge doing."
—Cheryl E. Ball, author of RAW: Reading and Writing New Media

Beyond Postprocess offers a vigorous, provocative discussion of postprocess theory in its contemporary profile. Fueled by something like a fundamental refusal to see writing as self-evident, reducible, and easily explicable, the contributors rethink postprocess, suggesting that there is no easily defined moment or method that could be called postprocess. Instead, each contribution to this collection provides a unique and important example of what work beyond postprocess could be.

Since postprocess theory in writing studies first challenged traditional conceptions of writing and the subject who writes, developments there have continued to push theorists of writing in a number of promising theoretical directions. Spaces for writing have arisen that radically alter ideological notions of space, rational thinking, intellectual property and politics, and epistemologies; and new media, digital, and visual rhetorics have increasingly complicated the scene, as well.

Contributors to Beyond Postprocess reconsider writing and writing studies through posthumanism, ecology, new media, materiality, multimodal and digital writing, institutional critique, and postpedagogy. Through the lively and provocative character of these essays, Beyond Postprocess aims to provide a critical site for nothing less than the broad reevaluation of what it means to study writing today. Its polyvocal considerations and conclusions invest the volume with a unique potential to describe not what that field of study should be, but what it has the capacity to create. The central purpose of Beyond Postprocess is to unleash this creative potential.

Sidney I. Dobrin is associate professor of English at the University of Florida and the author, coauthor, editor, or coeditor of numerous books, including Ecosee: Image, Nature, and Visual Rhetoric (SUNY, 2009) and Postcomposition (SIUP, 2011).

J. A. Rice is assistant professor of English at Western Kentucky University. His research focuses on composition and pedagogical theory, and has appeared in journals such as Business Communication Quarterly, Composition Forum, and Educational Theory and Philosophy.

Michael Vastola is lecturer in college writing and communication at Saint Mary-of-the-Woods College.