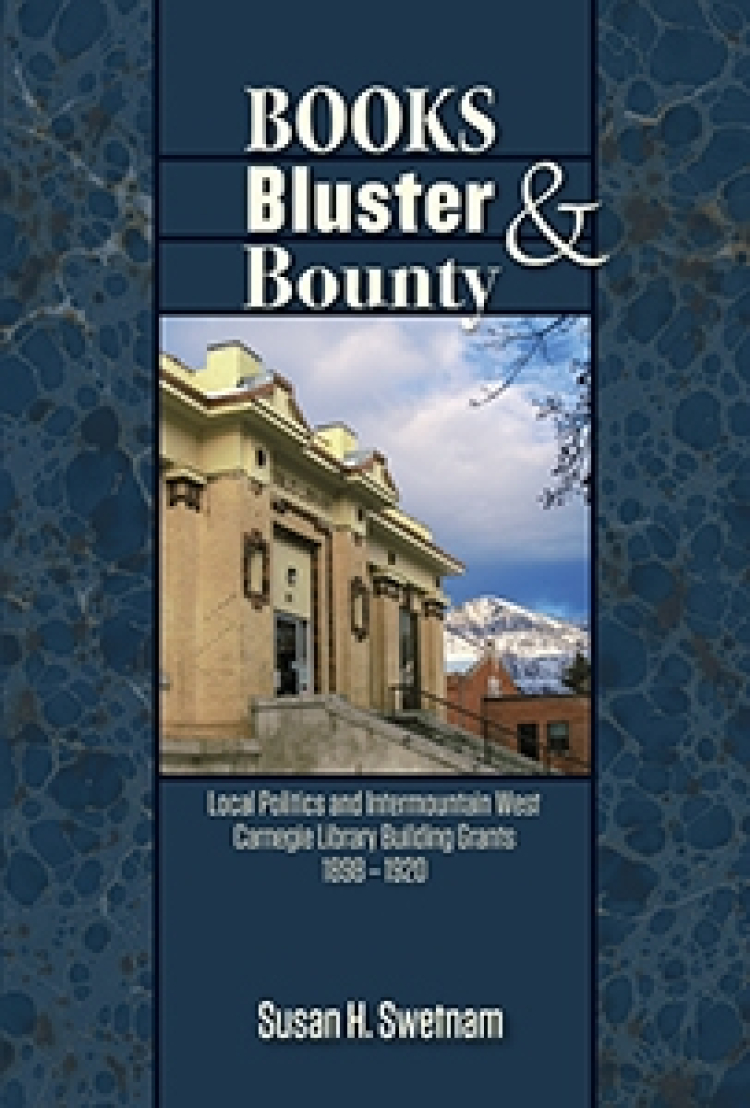 Idaho Library Association's "Book of the Year" for 2012

Books, Bluster, and Bounty examines a cross-section of Carnegie library applications to determine how local support was mustered for cultural institutions in the late nineteenth- and early twentieth-century West. This comparative study considers the entire region between the Rockies and the Cascades/Sierras, including all of Idaho, Utah, Nevada, and Arizona; western Montana, Wyoming, and Colorado; eastern Oregon and Washington; and small parts of California and New Mexico.

The author's purpose is to address not only the how of the process but also the variable why. Although virtually all citizens and communities in the West who sought Carnegie libraries expected tangible benefits for themselves that were only tangentially related to books, what they specifically wanted varied in correlation with the diverse nature of western communities. By looking at the detailed records of the Carnegie library campaigns, the author is able to provide an alternative lens through which to perceive and map the social-cultural makeup and town building of western communities at the turn of the century.

Susan H. Swetnam is a professor of English at Idaho State University, the only faculty member in her university's history to have won all three Distinguished Faculty awards (Distinguished Teacher, Distinguished Researcher, Distinguished Public Servant). She has been studying and writing about Intermountain West history and culture for more than 30 years, with five previous books and dozens of articles to her credit. She is also an award-winning writer of creative nonfiction. A long-time public humanist, she is a former chair of the Idaho Humanities Council and has been deeply involved in programming for public libraries and community groups for many years.