by Luisa A. Igloria 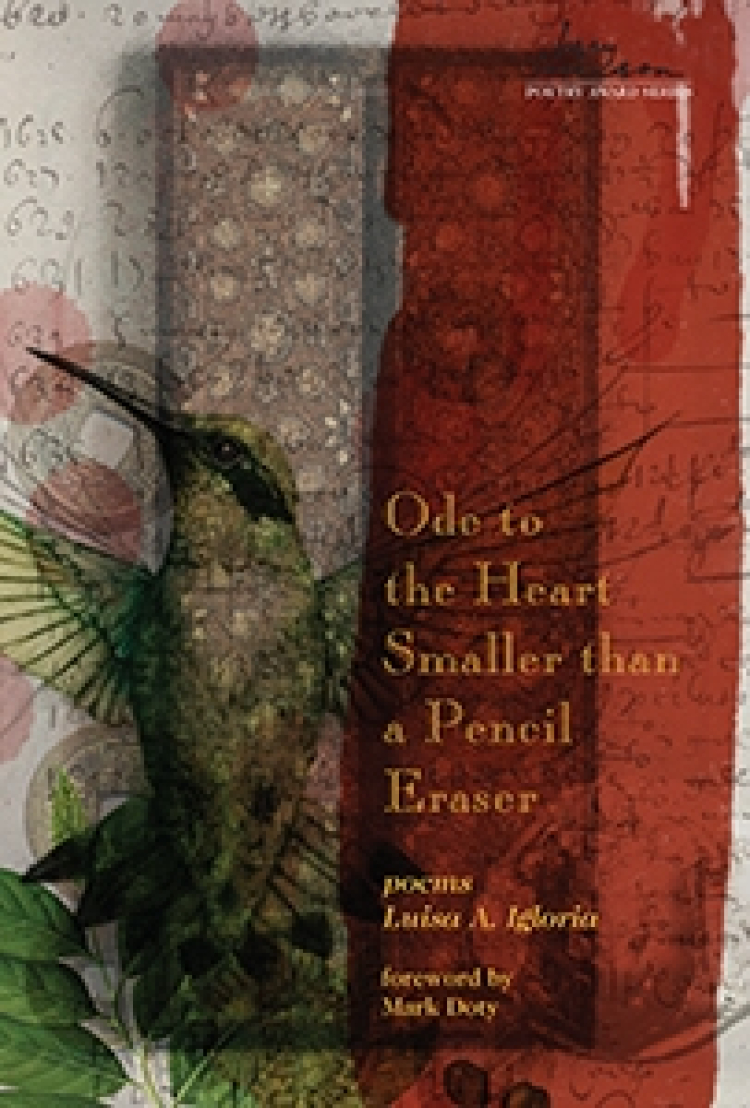 Volume 17 of the May Swenson Poetry Award Series, 2014

"However often I watch them appear in my feed reader, Luisa's poems are still an astonishment, virtuosic by-products of an intense daily (or nightly) grappling with language and memory that confounds the usual association between dailiness and ordinariness. Indeed, they are so rich, they must be savored slowly—often, I suspect, at less than half the speed at which they were originally composed. What a pleasure, then, to sit down at this feast of a collection, pulled together for our delectation by a master chef. Kain tayo!"
—Dave Bonta, editor of Via Negativa and MovingPoems.com

"When Luisa Igloria cites Epictetus—'as soon as a thing has been seen, it is carried away, and another comes in its place'—she introduces the crowded and contradictory world her poems portray: a realm of transience, yes, where the vulnerable come to harm and everything disappears, but also a scene of tremendous, unpredictable bounty, the gloriously hued density this poet loves to detail. 'I was raised / to believe not only the beautiful can live on / Parnassus,' she tells us, and she makes it true, by including in the cyclonic swirl of her poems practically everything: a gorgeous, troubling over-brimming universe."
—Mark Doty, judge for the 2014 Swenson Award

"Luisa A. Igloria establishes herself as a singular and revelatory voice in American poetry. . . . Her engrossing poems hide, behind their gorgeous scrims, a bristling wall of spears."
—Sabina Murray, author of Tales of the New World; A Carnivore's Inquiry and The Caprices (winner of the PEN/Faulkner Award)

"These are poems whose gaze is as public as it is personal, and whose desire is to bring us into conversation with others by reminding us of the instances in which our language, whether fragmented or fluid, makes us part of a larger river of voices, a chorus as old as humanity itself. Through Igloria's poems we encounter the wisdom gleaned from looking backward and forward at once. Her ability to do so makes this collection, as well as her other work, an exercise in time travel well worth making."
—Dorianne Laux, author of The Book of Men, The Book of Women, and Facts about the Moon

The May Swenson Poetry Award, an annual competition named for May Swenson, honors her as one of America's most provocative and vital writers. During her long career, Swenson was loved and praised by writers from virtually every school of American poetry. She left a legacy of fifty years of writing when she died in 1989. She is buried in Logan, Utah, her hometown.

Luisa A. Igloria is the author of thirteen books of poetry and one chapbook. She is a professor of creative writing and English, and served as director of the MFA Creative Writing Program at Old Dominion University. Her work has appeared or been accepted in more than twenty anthologies and journals, and she is the recipient of numerous poetry prizes and fellowships.