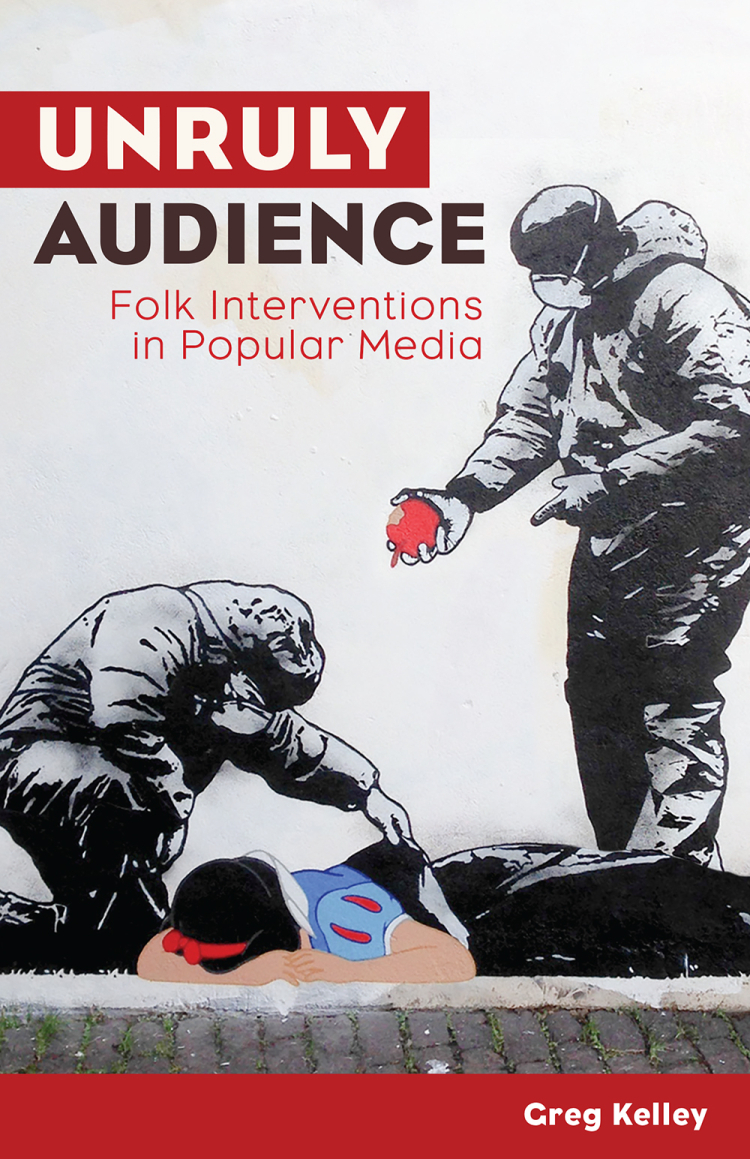 “Kelley’s arguments are persuasive and his prose is enjoyable to read. This really is a wonderful book.”
—Mikel Koven, University of Worcester

"An important extension of reader-response and reception studies, emphasizing the power of agency to at least partially resist the hegemonic efforts of mediated messages."
—Journal of American Folklore

Greg Kelley examines how “folk interventions” challenge institutional media with active—often public—social engagement. Drawing on a diverse range of examples—popular music parodies of “The Colonel Bogey March,” jokes about Disney’s Snow White and the Seven Dwarfs, touristic performance at Jamaica’s haunted Rose Hall, internet memes about NBC’s The Office, children’s parodies of commercials, and jokes about joking—Kelley demonstrates how active audiences mobilize folklore to disrupt dominant modes of media discourse. With materials both historical and contemporary and compiled from print, internet archives, and original fieldwork, Kelley’s audience-centered analysis demonstrates that producers of media are not the sole arbiters of meaning. With folklore as an important tool, unruly audiences refashion mediated expression so that the material becomes more relevant to their own circumstances.

Unruly Audience foregrounds the fluid interplay between media production and audience reception and between forces of cultural domination and cultural resistance, bringing new analytical insights to familiar folk practices. This carefully crafted book will speak to students and scholars in folklore, popular culture, and media studies in multidisciplinary ways.

Greg Kelley holds a PhD in folklore from Indiana University and teaches in media studies at the University of Guelph-Humber, where he has been honored with multiple teaching awards. He has taught a wide range of courses and published broadly on folklore, folklore and literary relations, popular culture, humor, and the media. Place and the Material in Rhetoric and Writing The Things We Carry

Strategies for Recognizing and Negotiating Emotional Labor in Writing Program…