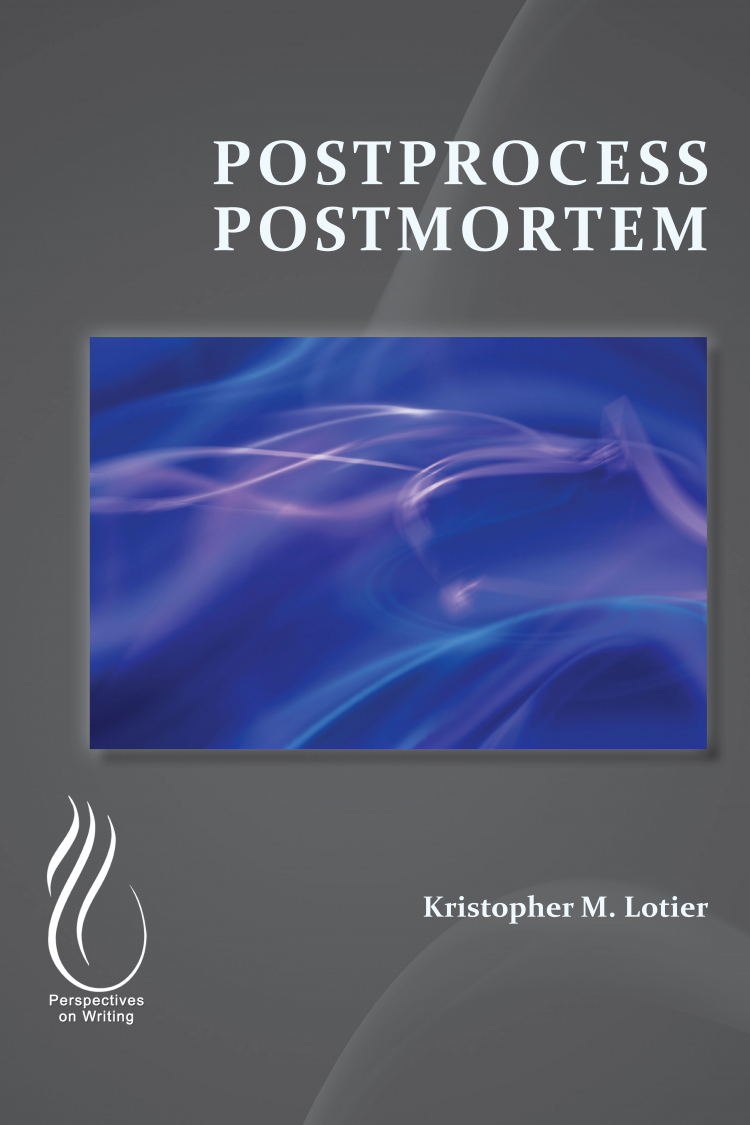 Perspectives on Writing Series
Copublished with the WAC Clearinghouse

In Postprocess Postmortem, Kristopher M. Lotier surveys the postprocess era-that-never-was, its end, and its after-lives. Employing cutting-edge digital research tools to track the circulation of texts and shifting scales from the global to the local and back again, he offers a revisionist history of a largely unchronicled past. From one perspective, the history of postprocess might seem to be a history of failure: what could have become The Next Big Thing in composition and writing studies during the 1990s and early 2000s never quite ascended. Today, few writing studies scholars apply the term postprocess to their own research or self-identify with a postprocess movement. And yet, as Lotier demonstrates, numerous core postprocess tenets have attained disciplinary centrality. The result: whether they admit to doing so or not, many contemporary scholars employ a postprocess vocabulary, allowing the ideas underlying this important movement/theory/period/attitude to live on.

This book is also available as an open access ebook through the WAC Clearinghouse.

Kristopher M. Lotier is assistant professor of writing studies and rhetoric at Hofstra University in Hempstead, New York, where he teaches courses on professional communication, rhetorical theory, digital culture, and first-year writing. He has published work in College Composition and Communication, Pedagogy, and Enculturation. He holds a Ph.D. in English from Penn State and bachelor's degrees in English and Marketing from the University of South Carolina.

The Affordances of Globalized Approaches to the Teaching of Writing

Graduate Writing Across the Disciplines