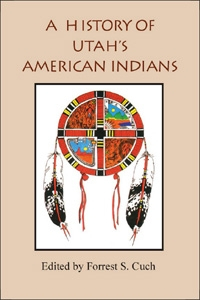 A History of Utah's American Indians

Forrest S. Cuch was born and raised on the Uintah and Ouray Ute Indian Reservation in northeastern Utah. He graduated from Westminster College in 1973 with a bachelor of arts degree in behavioral sciences. He served as education director for the Ute Indian Tribe from 1973 to 1988. From 1988 to 1994 he was employed by the Wampanoag Tribe in Gay Head, Massachusetts, first as a planner and then as tribal administrator. Since October 1997 he has been director of the Utah Division of Indian Affairs.