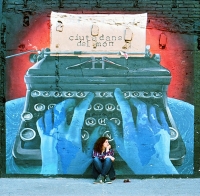 We all too often end up doing what dominant culture has already defined for us as different . . .

In recent years, I’ve been exploring a tendency in composition to mistake the appearance of something different, subversive, alternative to our ordinary work for, well, something different, subversive, alternative, and, therefore, better. We can see this in the quick and uncritical embrace of new technologies, of “experimental” writing, and of any and every kind of strategy that takes us away from the ordinary work of composition teaching and learning.

It’s easy to understand the mistake. After all, the ordinary work of composition is treated by many in and outside the academy as at best remedial or preparatory—as training in producing purportedly correct forms—and hence unworthy of notice or distinction. To embrace such work would seem to be an exercise in self-denigration by consigning oneself and one’s students to mechanical labor unworthy of attention or reward. By contrast, those who seem to take up work that is less ordinary—whether in terms of the technology used or the kind of textual forms produced or the kind of work being done (service learning comes to mind here)—seem to be having all the fun and (rightfully) earning all the glory by doing something that is demonstrably different with different effects than what the academy officially charges us to do. And make no mistake, those who have embraced the official charge for composition have often done great harm: not by inculcating the skills demanded (conservative skills and drills pedagogies are notorious pedagogic failures) but by wasting students’ time and talent. All the more reason, it would seem, to try something different.

But then, we all too often end up doing what dominant culture has already defined for us as different—recognizably different forms of writing, using recognizably new (“innovative,” “experimental”) technologies and pedagogies, engaging in recognizably different kinds of activities. Hence we may be surprised to find deans and provosts praising us for efforts we thought were subversive, alternative, even revolutionary.

This is not to reject anything that might win praise from deans or provosts, nor to dismiss as fads serious engagements with diverse forms of writing using diverse kinds of technologies and pedagogical experiments. Dogma is a problem whatever the dogma in question. But we shouldn’t mistake dominant conceptions of ordinary work in composition for the full range of meanings and values that such work engages. Valuable and meaningful work may well take ordinary forms, despite what those forms may lead us to believe is the meaning and value of that work.

I’ve belabored this point elsewhere (Rewriting Composition), but it seems especially pertinent currently. We need to defend and justify the ordinary work we and our students accomplish in terms other than those that deny its inherent value even in making allowances for it. The most conventional, prosaic writing students produce has meaning and effect—hence its predominance, and its significance. But hence, also, the work such writing can accomplish not just with but on the commons of language, for the common good. That work is composition.

Bruce Horner is Endowed Chair in Rhetoric and Composition at the University of Louisville, where he teaches courses in composition, composition pedagogy and theory, and literacy studies. His work has received the Braddock Award, the Winterowd Award, the CCCC Outstanding Book Award, and many other recognitions. He is a coeditor of Crossing Divides: Exploring Translingual Writing Pedagogies and Programs and Economies of Writing: Revaluations in Rhetoric and Composition.