by Kate Duncan, and Eunice Carney 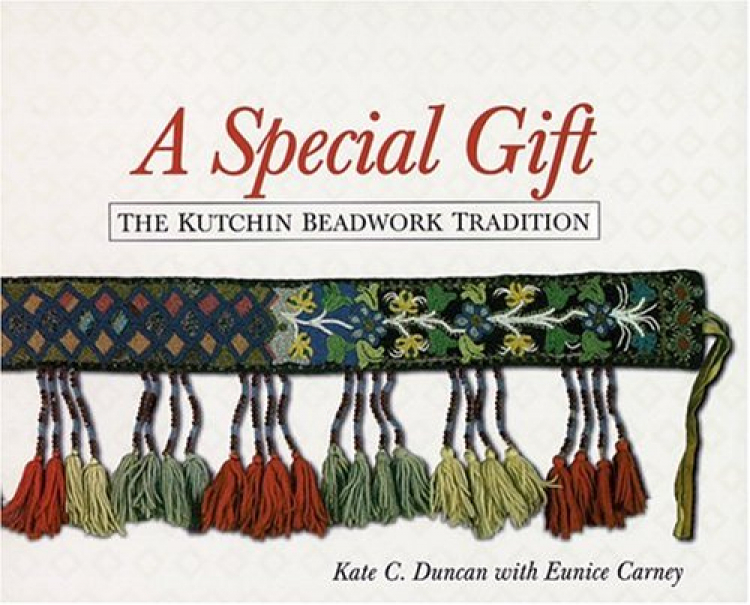 Today as in the past Kutchin women use beads in evocative and beautiful patterns to ornament clothing for family and friends, and items to be sold. Beadwork is the form a woman will often choose when a most special gift is called for; the beaded object is love made visible.

Among these subarctic Athapaskan people, beadwork today continues a tradition that has been important for well over a century. Both changes and continuities were evident in that tradition when, in 1982, Kate Duncan, an art historian, and Eunice Carney, a Kutchin elder and beadworker, visited Kutchin communities in Alaska and the Yukon Territory, carrying photographs of older beadwork now in museum collections and talking with people about the art.

This new edition, with an expanded section of color plates and an updated introduction, brings back into print the product of their effort. The narrative traverses the history of Kutchin beadwork, beginning with early regional differences and work that exists now only in memory, extending to the last decades of the twentieth century. Beadworkers speak throughout. Eunice Carney has a section to herself, in which she talks about her life and shares patterns from her personal design tablet.

Eunice Carney, born in 1909 in Old Crow, Yukon Territory, lived in Alaska for most of her life; her beadwork is included in several museum collections.