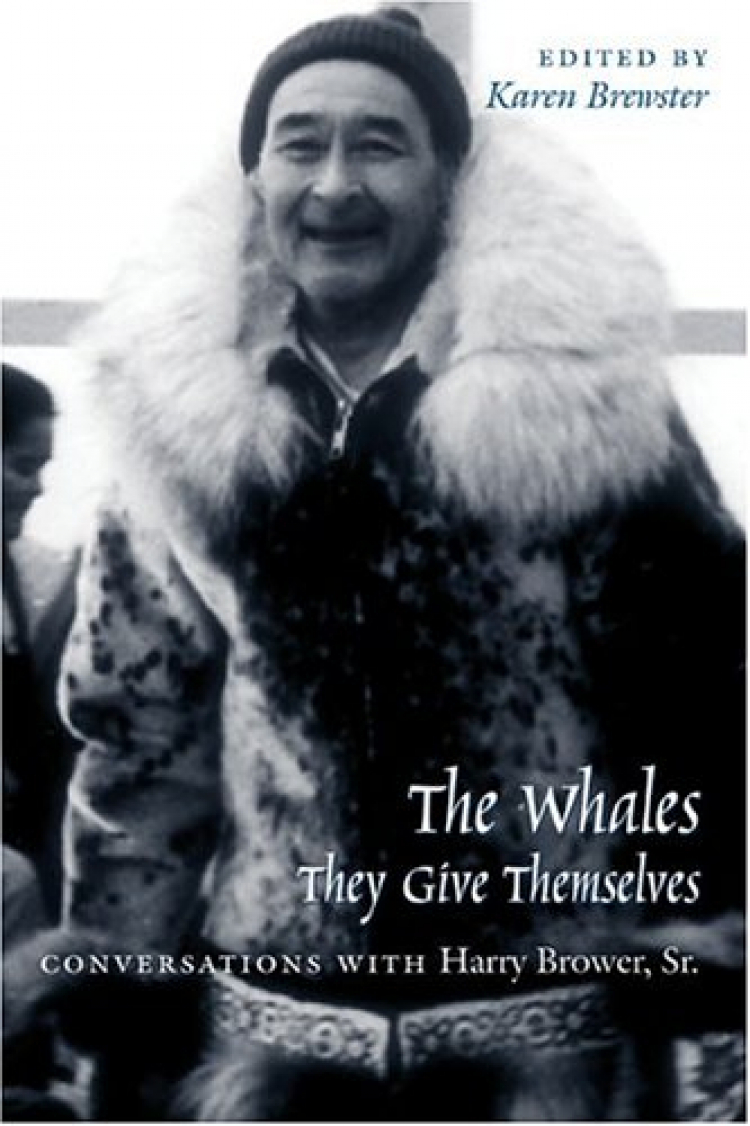 The Whales, They Give Themselves is an intimate life history of Harry Brower, Sr. (1924-1992), an Inupiaq whaling captain, artisan, and community leader from Barrow, Alaska. In a life that spanned the profound cultural and economic changes of the twentieth century, Brower's vast knowledge of the natural world made him an essential contributor to the Native and scientific communities of the North. His desire to share his insights with future generations resulted in a series of conversations with friend and oral historian Karen Brewster, who weaves Harry's stories with cultural and historical background into this innovative and collaborative oral biography.

Brower was deeply committed to Native culture, and his life history is a moving expression of the Inupiaq way of life. He was also influential in traditionally non-Native arenas in which Native and non-Native values sometimes collided. Acting as a mediator between Inupiaq whalers and non-Native scientists, Brower communicated a vast understanding of bowhead whales and whaling that became the basis for a scientific research program and helped protect Inupiaq subsistence whaling. He was a central architect of the Arctic Slope Regional Corporation boundaries, and served for over twenty years as a consultant to scientists at the Naval Arctic Research Laboratory. Brower's role in this collaborative research serves as one of the earliest and best examples of how scientists and Native experts can work together to advance knowledge. Such approaches are now promoted by researchers around the world.

The Whales, They Give Themselves not only conveys Brower's life story, but also is a cross-cultural journey of wisdom and friendship. Whereas academic oral historians once strove to erase the presence of the interviewer in the name of objectivity, Brewster recognizes the influence her specific relationship with Brower had on the way he narrated his life. This volume is a major contribution to our understanding of northern peoples, and a testament to the immense value of collaborative oral history.

Karen Brewster is a research associate with the Oral History Program at the Elmer E. Rasmuson Library, University of Alaska, Fairbanks. She is the editor of The Whales, They Give Themselves: Conversations with Harry Brower, Sr.