World War II in Alaska and the Aleutians 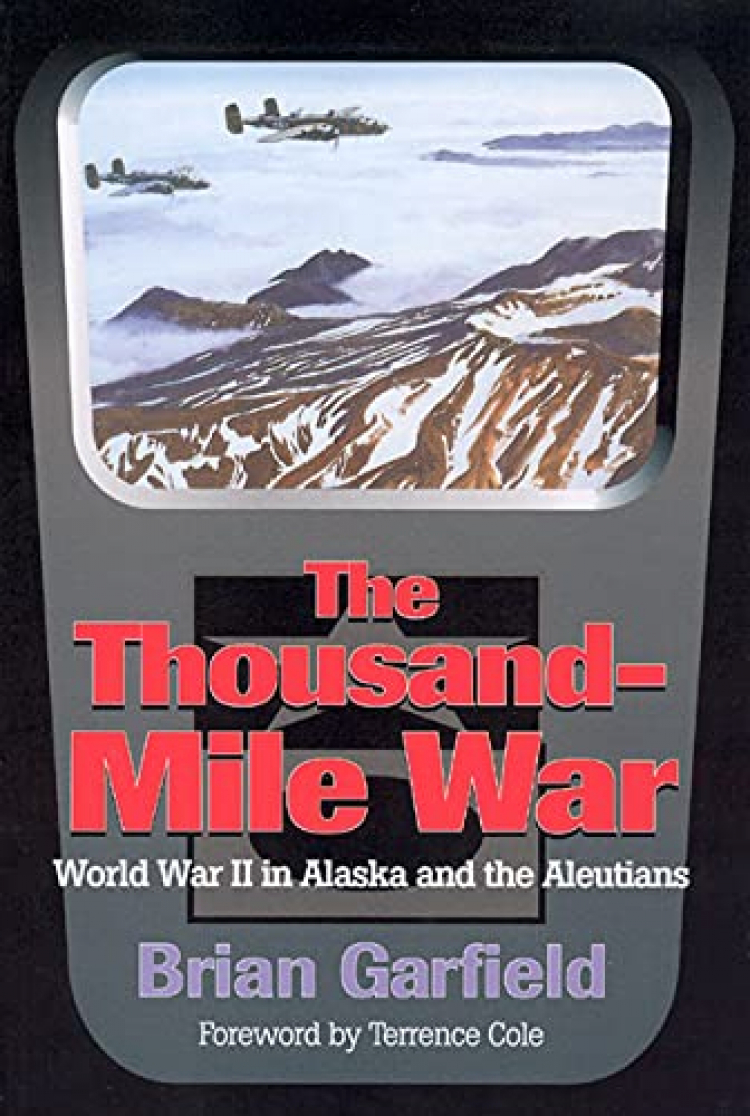 "Garfield writes with the fast action and drama of a successful novelist."
—The Northern Review

"[Thousand-Mile War] remains one of the best accounts of the war, reading like fiction and including fine documentary records in this reprint."
—Bookwatch

"The story, told like a thriller, comes alive with accounts from both sides of the Pacific. . . . [A] dramatic and comprehensive history of the war in the Aleutians."
—Fairbanks Daily News-Miner

The Thousand-Mile War, a powerful story of the battles of the United States and Japan on the bitter rim of the North Pacific, has been acclaimed as one of the great accounts of World War II. Brian Garfield, a novelist and screenwriter whose works have sold some 20 million copies, was searching for a new subject when he came upon the story of this "forgotten war" in Alaska. He found the history of the brave men who had served in the Aleutians so compelling and so little known that he wrote the first full-length history of the Aleutian campaign, and the book remains a favorite among Alaskans.

The war in the Aleutians was fought in some of the worst climatic conditions on earth for men, ships, and airplanes. The sea was rough, the islands craggy and unwelcoming, and enemy number one was always the weather--the savage wind, fog, and rain of the Aleutian chain. The fog seemed to reach even into the minds of the military commanders on both sides, as they directed men into situations that so often had tragic results. Frustrating, befuddling, and still the subject of debate, the Aleutian campaign nevertheless marked an important turn of the war in favor of the United States.

Now, half a century after the war ended, more of the fog has been lifted. In the updated University of Alaska Press edition, Garfield supplements his original account, which was drawn from statistics, personal interviews, letters, and diaries, with more recently declassified photographs and many more illustrations.

Brian Garfield was born in 1939. His first published book was written when he was 18. He grew up in Arizona, earned a Master's Degree from University of Arizona, and has lived in various parts of Europe and America. He has published about seventy books, several of them nominated for (or winners of) awards, and numerous short pieces. Eighteen films are based on his writings, including the 2007 release of the Hyde Park / Baldwin Entertainment Group production "Death Sentence", with Kevin Bacon, Kelly Preston, John Goodman and Aisha Tyler, based on Garfield's novel and screen play, and another on the way.