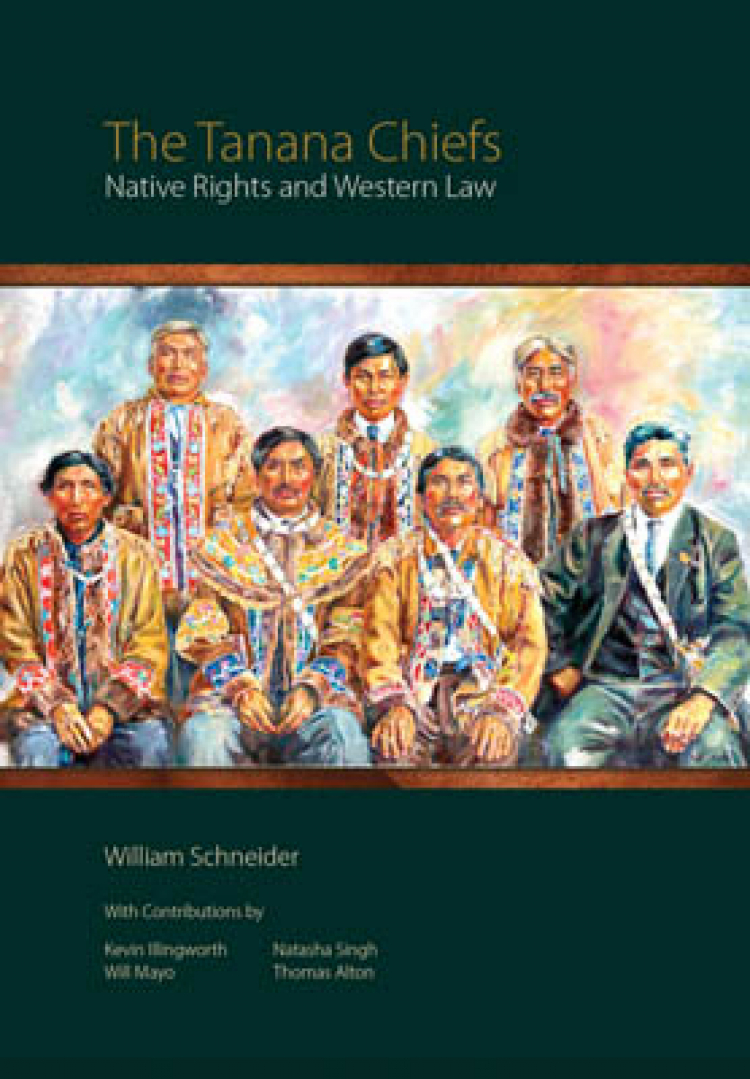 At the turn of the twentieth century, life was changing drastically in Alaska. The gold rush brought an onslaught of white settlers to the area, railroad companies were pushing into the territory, and telegraph lines opened up new lines of communication. The Native groups who had hunted and fished on the land for more than a century realized that if they did not speak up now, they would lose their land forever.

This is the story of a historic meeting between Native Athabascan leaders and government officials, held in Fairbanks, Alaska in 1915. It was one of the first times that Native voices were part of the official record. They sought education and medical assistance, and they wanted to know what they could expect from the federal government. They hoped for a balance between preserving their way of life with seeking new opportunities under the law. The Tanana Chiefs chronicles the efforts by Alaska Natives to gain recognition for rights under Western law and the struggles to negotiate government-to-government relationships with the federal government. It contains the first full transcript of the historic meeting as well as essays that connect that first gathering with the continued efforts of the Tanana Chiefs Conference, which continues to meet and fight for Native rights.

William Schneider is curator of oral history and associate in anthropology at the Rasmuson Library, University of Alaska Fairbanks, where he introduced oral history "jukeboxes," innovative interactive, multimedia computer files that present and cross-reference audio oral history and related photos and maps. Among other works, his publications include, as editor, Kusiq: An Eskimo Life History from the Arctic Coast of Alaska and, with Phyllis Morrow, When Our Words Return: Writing, Hearing, and Remembering Oral Traditions of Alaska and the Yukon.

Will Mayo is past president of the Tanana Chiefs Conference and a national leader in Native American affairs.

Kevin Illingworth is Associate Professor of Tribal Management at the Interior Alaska Campus of the University of Alaska Fairbanks.

Natasha Singh is Legal Counsel for the Tanana Chiefs Conference, which represents Native villagers in the Interior of Alaska.

Alaska in the Progressive Age