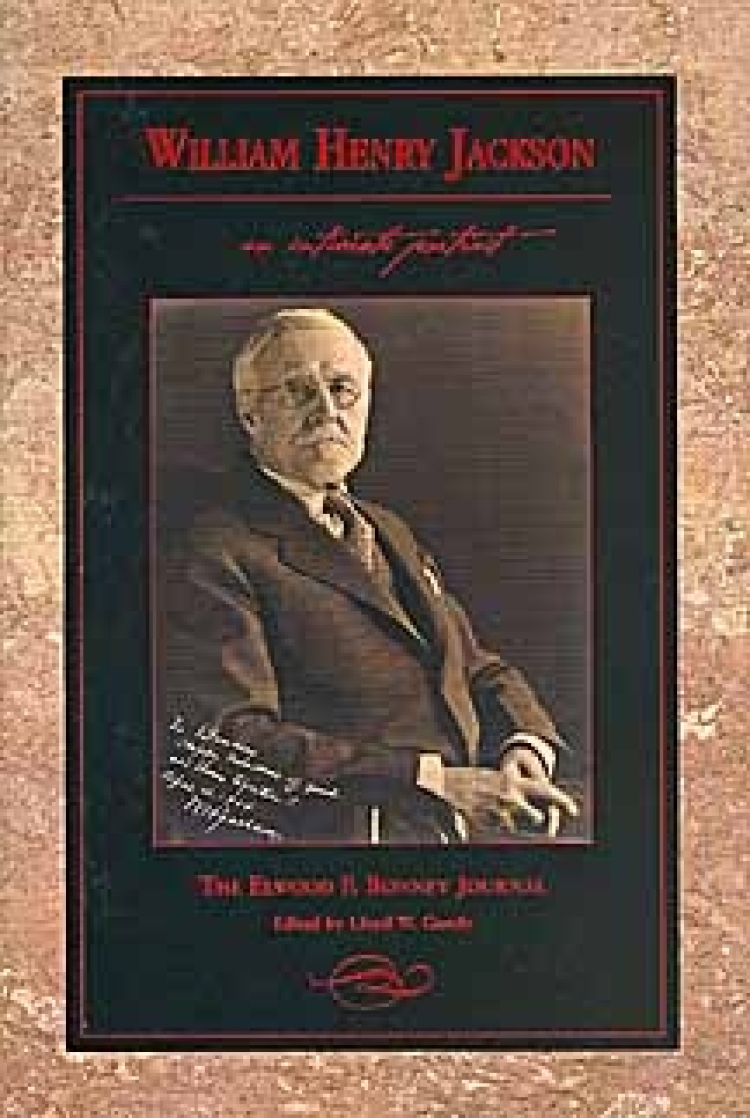 During the final decade of his century-long life, pioneer photographer William Henry Jackson became a living symbol of the Old West. Remarkably active well into his nineties, Jackson painted scenes of the Oregon Trail and traded stories with other old-timers who met regularly at the Explorers Club and the Adventurers' Club in New York City. One of this closest friends and admirers, a young man named Elwood P. Bonney, kept a journal of Jackson's thoughts, recollections, and accomplishments during those years. Based on Bonney's journal, William Henry Jackson: An Intimate Portrait is an engaging personal look at a man whose life and work spanned the development and transformation of the West, from the 1860s to World War II. Edited, annotated, and with an introduction by Lloyd W. Gundy, this first-hand biographical portrait includes full-color images of Jackson's paintings of major western explorations and black-and-white illustrations of the distinguished photographer's last years.

Lloyd W. Gundy, after retiring from a technical career, earned his master's degree in U.S. history from the University of Colorado-Denver. He has published articles on genealogy, utopian societies, and American history. He is currently a volunteer in the Books and Manuscripts Department at the Colorado Historical Society.