Aerial Mine Tramways in the West

by Robert A. Trennert 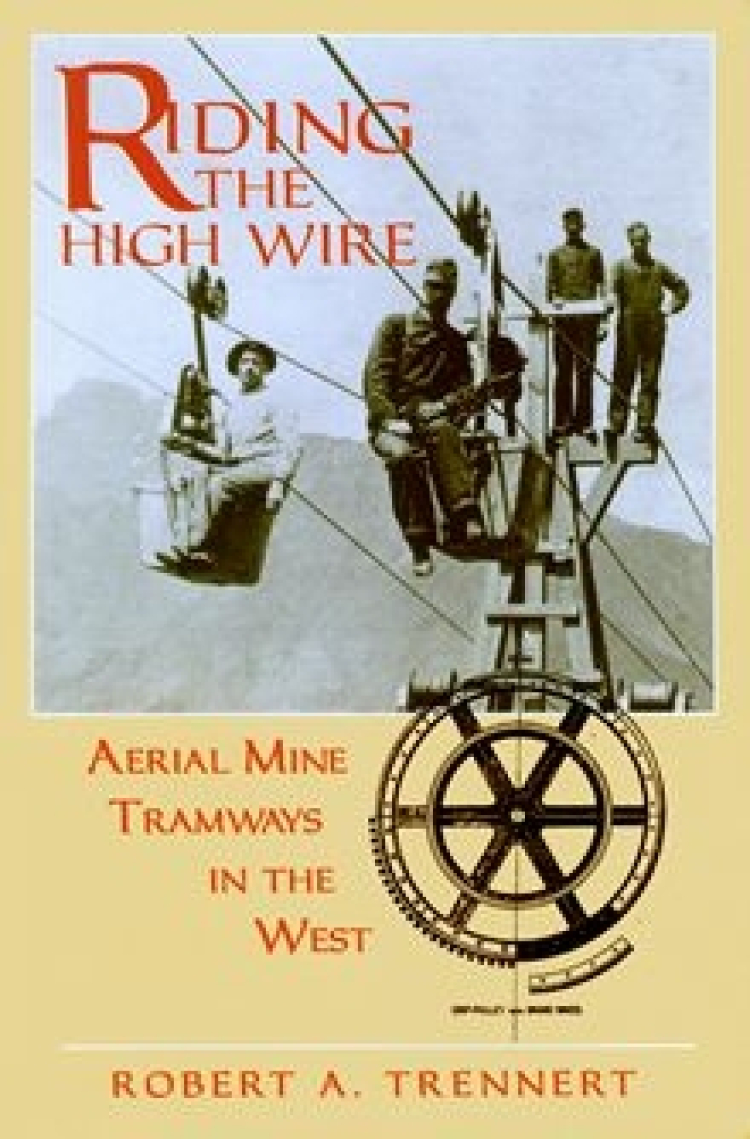 "Professor Trennert has explored a new area of mining history, and is to be commended for his pioneering work."
—Liston Leyendecker, author of The Griffith Family and the Founding of Georgetown

Riding the High Wire is the first comprehensive history of aerial mine tramways in the American West, describing their place in the evolution of mining after 1870. Robert A. Trennert shows how the mid-nineteenth century development of wire rope manufacturing made it possible for American entrepreneurs such as Andrew S. Hallidie and Charles Huson to begin erecting single-rope tramways in the 1870s and 1880s. Their inventions were followed by the more substantial double-rope systems imported from Europe. By the turn of the century, aerial tramways were common throughout western mining regions, hauling everything from gold and silver ore to coal and salt and changing the face of the industry.

Aerial mine tramways proved to have a special fascination; people often rode them for a thrill, sometimes with disastrous results. They were also very temperamental, needed constant attention, and were prone to accidents. The years between 1900 and 1920 saw the operation of some of the west's most spectacular tramways, but the decline in high-country mining beginning in the 1920s—coupled with the development of more efficient means of transportation—made this technology all but obsolete by the end of the Second World War.

Historians and the general reader will be equally enthralled by Trennert's fascinating story of the rise and fall of aerial mine tramways.

Robert A. Trennert is a professor of history at Arizona State University whose research and teaching interests are in the American West and Native American history. He has published four books and numerous articles in scholarly journals. He served as president of the Mining History Association in 1997.