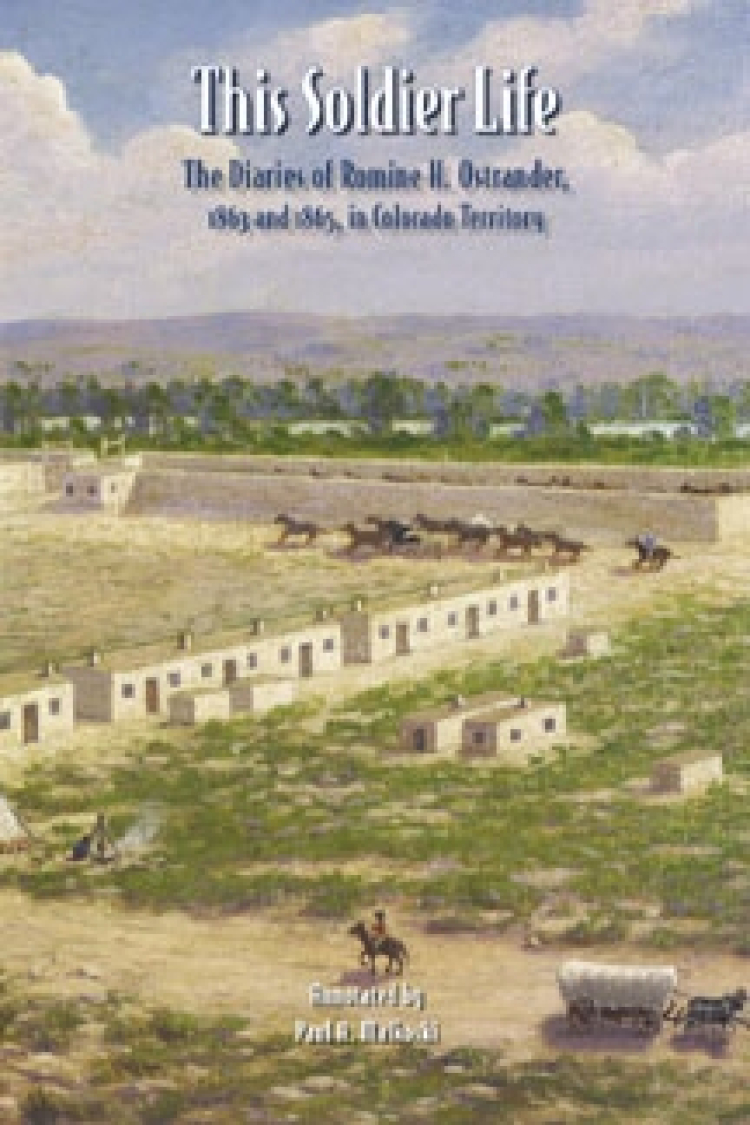 "Private Ostrander could never have imagined that his diary would one day be so important to historians . . . he is one of the very few enlisted men who took the time to describe the routine of soldier life in the West. . . . Modern readers will be intrigued by his recollection of the Colorado Volunteers' night march to rout the Confederate invaders at the battle of Apache Canyon in New Mexico, his strong views on the Sand Creek Massacre, and his detailed description of Fort Lyon, Colorado."
—Journal of Arizona History

"One learns much of a person's character from writings such as this . . . the impression is rather favorable for Ostrander's character and personality. This publication has considerable intrinsic value, especially for Colorado history."
—John Porter Bloom, The Journal of America's Military Past

Romine Ostrander, born in 1837 in Roseville, Illinois, had made his way to Colorado as a private in the First Colorado Cavalry by the time he was 25. On February 26, 1863, he bought a small, leather-bound diary, and over the next three years he filled this volume and two more with his thoughts, travels, and frustrations. The delicate, well-worn diaries accompanied the private in his saddlebags over miles of dusty Colorado trails, but eventually they disappeared. The 1863 and 1865 journals resurfaced in 1922 in a warehouse in Fresno. Annotated for historic interest but otherwise unedited, they offer a fascinating and infectious read—the young author creates a vivid portrait of frontier Colorado and comments on the events of his day: the Sand Creek Massacre, the Civil War, Lee's surrender, and his own encounters with Arapahos, Cheyennes, Comanches, Apaches, and Cherokees.

Jan. 24, 1865:
"I have had pretty spirited arguments with these third reg't ducks sometimes about the barbarity of indiscriminately murdering defenseless women and children of the Indians at sand creek. Some of them deny that any thing of the kind was done except in the general action when there was no telling the difference; and some acknowledge that there were women and children killed after the general action was over; but argue that it was right because Indians have done the same."

Paul A. Malkoski is a graduate student in American history at the University of Colorado at Denver and a Koch Fellow at the Colorado Historical Society.