Wives, Mothers, and the Red Menace

Conservative Women and the Crusade against Communism 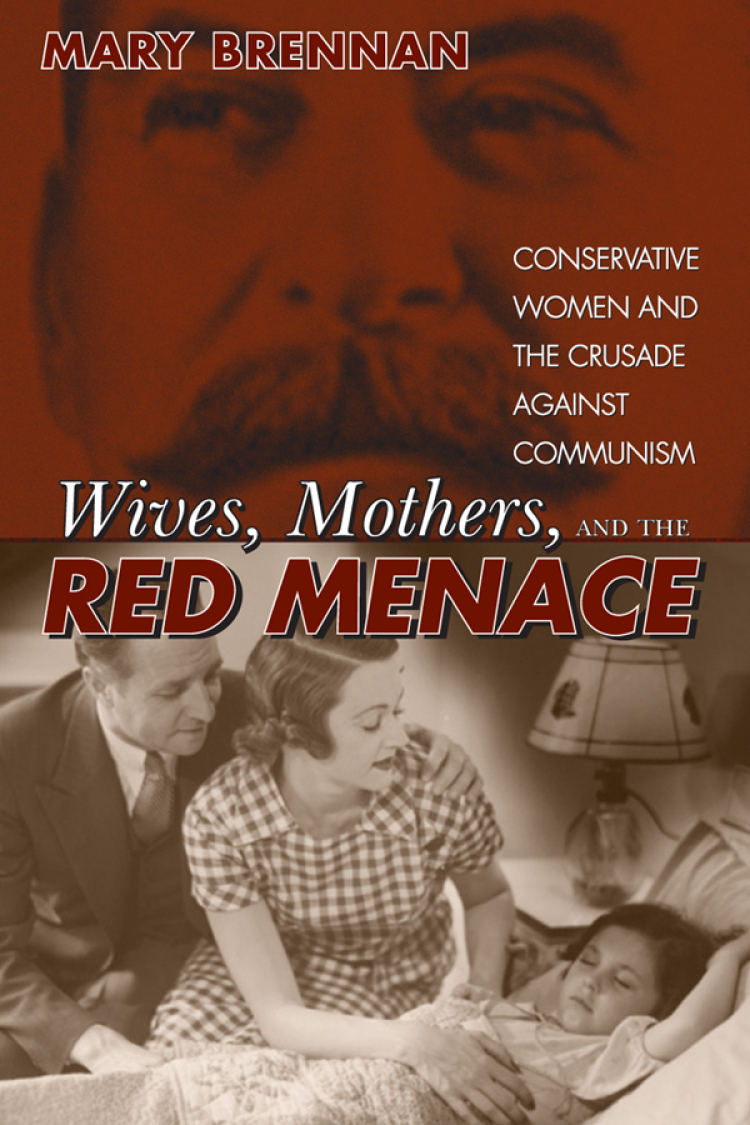 "[T]he aim of this colume is entirely on target. It shows, again, why women and gender matter. This text provides an easily accessible overview of how new scholarship on women, gender, and sexuality has transformed the old story of the twentieth-century Cold War and the domestic Red Scare."
—Kirsten Delegard, Western Historical Quarterly

"[Brennan] does address the specificities of racial and class differences with regard to the anticommunist movement, and she provides a useful overview of the Cold War for a general audience. Summing up: recommended."
—M.L. Brunner, CHOICE Magazine

"This book is clearly written, admirably concise, and well situated in the secondary literature on gender and conservatism and the foreign and domestic Cold War. . . . Brennan's study offers another valuable reminder that niether Joe McCarthy nor June Cleaver can stand as convenient shorthard for our historical narratives of the Cold War era."
—Journal of American History

"Mary C. Brennan’s book will please instructors of history and political science courses who are searching for conservative voices to add to the cannon of scholarship on U.S. women’s activism. . . . This book will help libraries (and instructors syllabi) strike a better balance between the history of liberal feminism and conservative female activism in the United States."
—Erika Kuhlman, H-Net Reviews

Brennan details the actions and experiences of prominent anti-communists Jean Kerr McCarthy, Margaret Chase Smith, Freda Utley, Doloris Thauwald Bridges, Elizabeth Churchill Brown, and Phyllis Stewart Schlafly. She describes the Cold War context in which these women functioned and the ways in which women saw communism as a very real danger to domestic security and American families. Millions of women, Brennan notes, expanded their notions of household responsibilities to include the crusade against communism. From writing letters and hosting teas to publishing books and running for political office, they campaigned against communism and, incidentally, discovered the power they had to effect change through activism.

Brennan reveals how the willingness of these deeply conservative women to leave the domestic sphere and engage publicly in politics evinces the depth of America's postwar fear of communism. She further argues that these conservative, anti-communist women pushed the boundaries of traditional gender roles and challenged assumptions about women as political players by entering political life to publicly promote their ideals. Wives, Mothers, and the Red Menace offers a fascinating analysis of gender and politics at a critical point in American history. Brennan's work will instigate discussions among historians, political scientists, and scholars of women's studies.

Mary Brennan is dean of the College of Liberal Arts and a professor in the Department of History at Texas State University-San Marcos and the author of Pat Nixon: Embattled First Lady and Turning Right in the Sixties: The Conservative Capture of the GOP. From Imperial Myth to Democracy