edited by Rebecca P. Brienen and Margaret A. Jackson 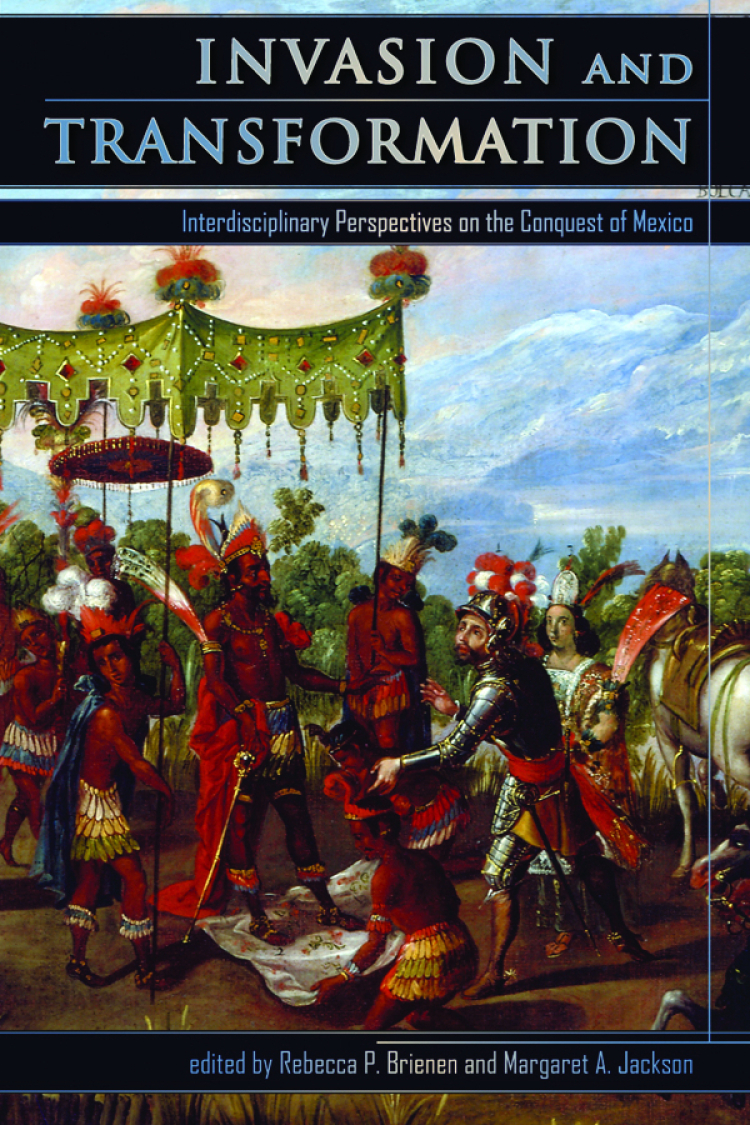 "Invasion and Transformation provides exciting readings of indigenous rationalizations of the history of the Spanish invasion and the colonizers' effort to assert their sense of superiority in their allegiance to Spanish imperial expansion. Together, these essays successfully force the reader to question conventional readings of both Spanish and indigenous conquest narratives."
—Cristián Roa de la Carrera, University of Illinois at Chicago

"[The contributors] combine art history, history, linguistic anthropology, literature and archaeology to consider how the Spanish conquest of Mexico has—and should—be remembered. . . . Here, they collectively continue paving the way for ever richer dialogues across disciplines about the interpretive possibilities still latent in the themes of conquest and col­onization."
—Journal of Latin American Studies

Invasion and Transformation examines the Spanish conquest of the Aztec Empire and transformations in political, social, cultural, and religious life in Mexico during the Conquest and the ensuing colonial period. In particular, contributors consider the ways in which the Conquest itself was remembered, both in its immediate aftermath and in later centuries.

Was Moteuczoma really as weak as history portrayed him? As Susan D. Gillespie instead suggests in "Blaming Moteuczoma," the representation of Moteuczoma as a scapegoat for the Aztec defeat can be understood as a product of indigenous resistance and accommodation following the imposition of Spanish colonialism. Chapters address the various roles (real and imagined) of Moteuczoma, Cortes, and Malinche in the fall of the Aztecs; the representation of history in colonial art; and the complex cultural transformations that actually took place.

Including full-color reproductions of seventeenth-century paintings of the Conquest, Invasion and Transformation will appeal to scholars and students of Latin American history and anthropology, art history, colonial literature, and transatlantic studies.

Rebecca P. Brienen is Vennerberg Professor of Art and Head of the Department of Art, Graphic Design, and Art History at Oklahoma State University.

Margaret A. Jackson is an assistant professor of ancient American art history at the University of New Mexico and the President of the Association for Latin American art.

Maya Religion in the Cave Context

Mesoamerican Studies in Honor of H. B. Nicholson