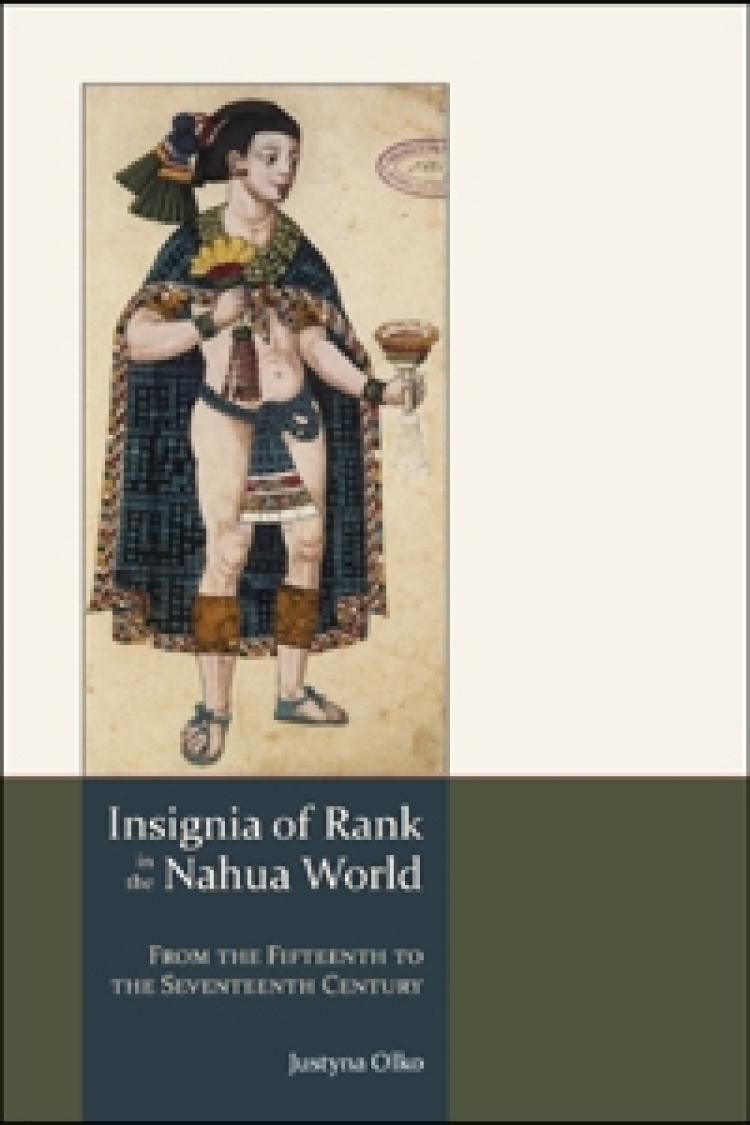 "Olko has asked a large question, bringing to the forefront issues of status, prestige, and, probably, pedigree. The depth of her knowledge of early Nahua accoutrements and prerogatives across a broad spectrum of peoples is exceptional . . . . Olko has written an erudite, meaningful work to ensure that the argot of the Nahua visual canon is carried forward."
—Susan Schroeder, Journal of Anthropological Research

"[Olko's book] will serve as the standard work on items and imagery of rank and nobility for decades to come, and both the author and the University Press of Colorado deserve plaudits for its publication."

"This is an important contribution to pre-Columbian and colonial Mexican studies. Staying remarkably focused throughout the book, the author thoroughly describes and insightfully interprets the insignia of rank of the Nahua (Aztec) peoples both before and after the Spanish conquest, placing these insignia in broad contexts. A crucial feature of the book is its use of an extraordinary variety of sources, revealing new patterns and variations (especially regional) in the use of status-related insignia and showing their persistence after the Spanish conquest. Beyond its interpretive value, this book is also a particularly useful reference work for related disciplines."
—Frances Berdan, California State University, San Bernardino, author of The Aztecs of Central Mexico: An Imperial Society and coeditor of The Codex Mendoza

"The definitive work for decades to come on this important topic, and a model of innovative research crossing traditional disciplinary and methodological boundaries. It unites the pre- and postconquest periods, imperial core and regional settings, pictorial and textual sources, and language and visual image."
—Rebecca Horn, University of Utah, author of Postconquest Coyoacan

"A unique, significant monument. The research is simply stupendous. An exceptional work."
—James Lockhart, University of California, Los Angeles, author of The Nahuas after the Conquest

This significant work reconstructs the repertory of insignia of rank and the contexts and symbolic meanings of their use, along with their original terminology, among the Nahuatl-speaking communities of Mesoamerica from the fifteenth through the seventeenth centuries. Attributes of rank carried profound symbolic meaning, encoding subtle messages about political and social status, ethnic and gender identity, regional origin, individual and community history, and claims to privilege.

Olko engages with and builds upon extensive worldwide scholarship and skillfully illuminates this complex topic, creating a vital contribution to the fields of pre-Columbian and colonial Mexican studies. It is the first book to integrate pre- and post-contact perspectives, uniting concepts and epochs usually studied separately. A wealth of illustrations accompanies the contextual analysis and provides essential depth to this critical work. Insignia of Rank in the Nahua World substantially expands and elaborates on the themes of Olko's Turquoise Diadems and Staffs of Office, originally published in Poland and never released in North America.

Justyna Olko is a professor at the Faculty of “Artes Liberales” at the University of Warsaw and director of its Center for Research and Practice in Cultural Continuity. She specializes in Nahua ethnohistory, anthropology, and linguistics as well as cross-cultural transfer between indigenous and European worlds.