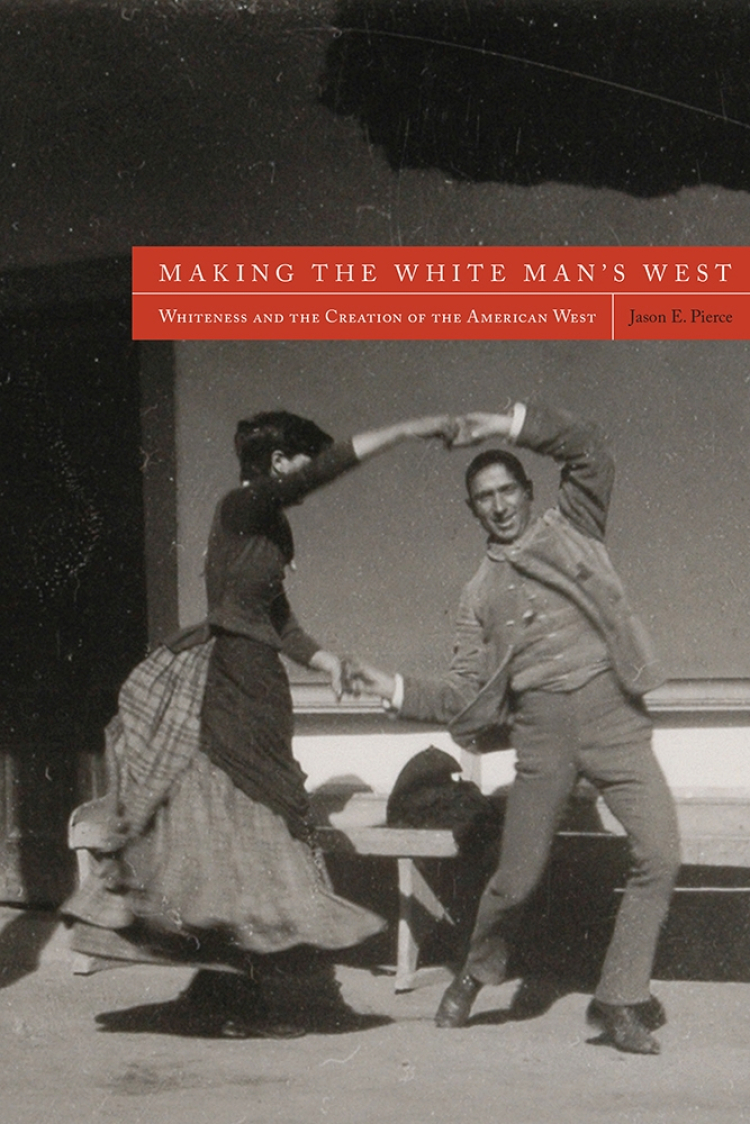 "Jason Pierce’s Making the White Man’s West gives us a fresh view of western history that is fascinating, often disturbing, and above all profoundly ironic—the story of how the most ethnically and culturally diverse part of America was somehow reimagined as a land of racial purity and white redemption. This makes it, as well, a story that resonates in our own time, with its fears and fantasies, as we continue to contest our common identity as a people."

—Elliott West, Alumni Distinguished Professor of History at the University of Arkansas

"Using to effect such recent historiographic developments as racialization, whiteness, and extinction discourse and creatively interpreting his research findings through the lens of cutting-edge Western history scholarship, Jason E. Pierce masterfully details how whites undertook deliberate efforts to control the West, using political disfranchisement, racist propaganda, and violence against minority groups to achieve their goals. Making the White Man’s West stands as a fine elaboration, refinement, and articulation—in short, a testimony to old truths that Americans intended for the US West to be white man’s country."

"In this highly readable history of the West from the Louisiana Purchase to immigration restriction in the early twentieth​ ​century, Pierce shows how Anglo-Americans transformed the West of Indians, Mexicans, and Asians into a homeland for westering whites disillusioned with industrial society in the East and its growing reliance on immigrants from the wrong parts of Europe.​ Making the White ​Man's ​West reminds us that the 'white man’s burden' is just another name for colonial expansion and profiteering at the expense of the natives.”

—Neil Foley, author of Mexicans in the Making of America

"A new look at how whites came to control the political and social milieu of the West. . . . Pierce's study of the construction of the white man's West is an important contribution to the scholarship, critically examining the view of a white utopia in the midst of a great diversity of peoples."

​"[A] concise,​ ​readable, and trenchant cultural history of​ ​how the U.S. West came to be imagined as a​ '​white man’s​'​ country.​ . . . ​a compelling​ ​book about the construction of a distinctively​ ​western version of white supremacy that continues​ ​to mold the region’s identity in the​ ​twenty-first century.​"

"In his skillful synthesis, Jason Pierce explores the myriad hopes and fears 'white' elites projected upon the American West. . . . this work is of great use to scholars of Texas history, the West, and the changing meaning of white identity."

"A terrific historical backdrop to contemporary debates about race and power in the West."
―Oregon Historical Quarterly

"The book upacks and offers a strident critiqu of master western narratives. it aslo exposes the writer and commentaotrs who propagated them. When more general readers are ready to actually study this history as opposed to celebrating it, they will find in Making the White Man's West a story worth pondering."
—Pacific Historical Review

The West, especially the Intermountain states, ranks among the whitest places in America, but this fact obscures the more complicated history of racial diversity in the region. In Making the White Man’s West, author Jason E. Pierce argues that since the time of the Louisiana Purchase, the American West has been a racially contested space. Using a nuanced theory of historical “whiteness,” he examines why and how Anglo-Americans dominated the region for a 120-year period.

In the early nineteenth century, critics like Zebulon Pike and Washington Irving viewed the West as a “dumping ground” for free blacks and Native Americans, a place where they could be segregated from the white communities east of the Mississippi River. But as immigrant populations and industrialization took hold in the East, white Americans began to view the West as a “refuge for real whites.” The West had the most diverse population in the nation with substantial numbers of American Indians, Hispanics, and Asians, but Anglo-Americans could control these mostly disenfranchised peoples and enjoy the privileges of power while celebrating their presence as providing a unique regional character. From this came the belief in a White Man’s West, a place ideally suited for “real” Americans in the face of changing world.

The first comprehensive study to examine the construction of white racial identity in the West, Making the White Man’s West shows how these two visions of the West—as a racially diverse holding cell and a white refuge—shaped the history of the region and influenced a variety of contemporary social issues in the West today. "The Touch of Civilization"

From the Ground Up

The History of Mining in Utah Coal in Our Veins