From the White City Beautiful to a Century of Fun 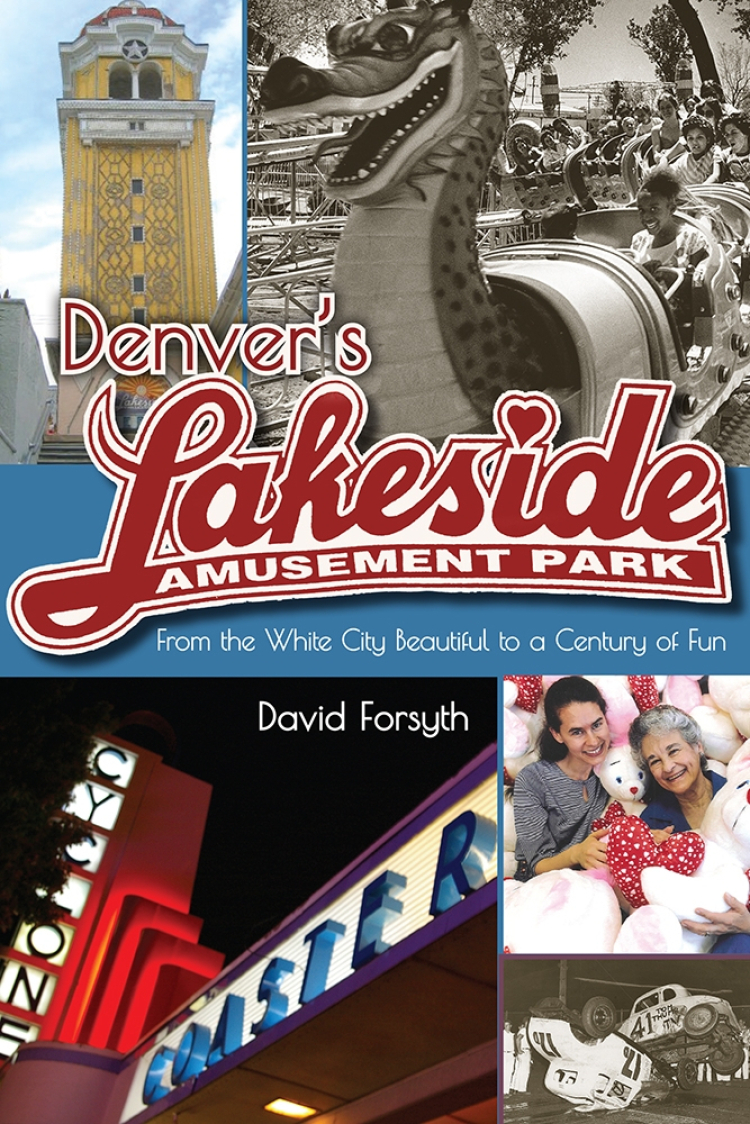 "David Forsyth's history of Lakeside Amusement Park is a wild roller coaster ride! Forsyth shows how the park survived for more than a century by making itself 'a mirror of the world around it.'"

"The history of this most interesting place is revealed in David Forsyth’s Denver’s Lakeside Amusement Park. Abundant in detail and rich in anecdote, this carefully researched history is also a wide-ranging and thoughtful study of the twentieth-century history of Denver, viewed creatively by Forsyth through the lens of Lakeside. For those who consider themselves well-informed about Denver’s past, as well as those whose interest in the city’s history is just beginning, this book is a rewarding read."

Denver's Lakeside Amusement Park details the history of Lakeside, exploring how it has managed to remain in business for more than a century (something fewer than thirty amusement parks have accomplished) and offers a unique view on larger changes in society and the amusement park industry itself.

Once nicknamed White City in part for its glittering display of more than 100,000 lights, the park opened in 1908 in conjunction with Denver's participation in the national City Beautiful movement. It was a park for Denver elites, with fifty different forms of amusement, including the Lakeshore Railway and the Velvet Coaster, a casino, a ballroom, a theater, a skating rink, and avenues decorated with Greek statues. But after metropolitan growth, technological innovation, and cultural shifts in Denver, it began to cater to a working-class demographic as well. Additions of neon and fluorescent lighting, roller coasters like the Wild Chipmunk, attractions like the Fun House and Lakeside Speedway, and rides like the Scrambler, the Spider, and most recently the drop tower Zoom changed the face and feel of Lakeside between 1908 and 2008. The park also has weathered numerous financial and structural difficulties but continues to provide Denverites with affordable, family-friendly amusement today.

To tell Lakeside's story, Forsyth makes use of various primary and secondary sources, including Denver newspapers, Denver's official City Beautiful publication Municipal Facts, Billboard magazine, and interviews with people connected to the park throughout its history. Denver's Lakeside Amusement Park is an important addition to Denver history that will appeal to anyone interested in Colorado history, urban history, entertainment history, and popular culture, as well as to amusement park aficionados.

David Forsyth is a Denver native and historian working in the museum field. He is the author of Images of America: Black Hawk and Central City and Denver’s Lakeside Amusement Park, which was named the best look at a historic institution by Westword in 2017, and his articles have appeared in Colorado Heritage, International Bowling Industry, and more.