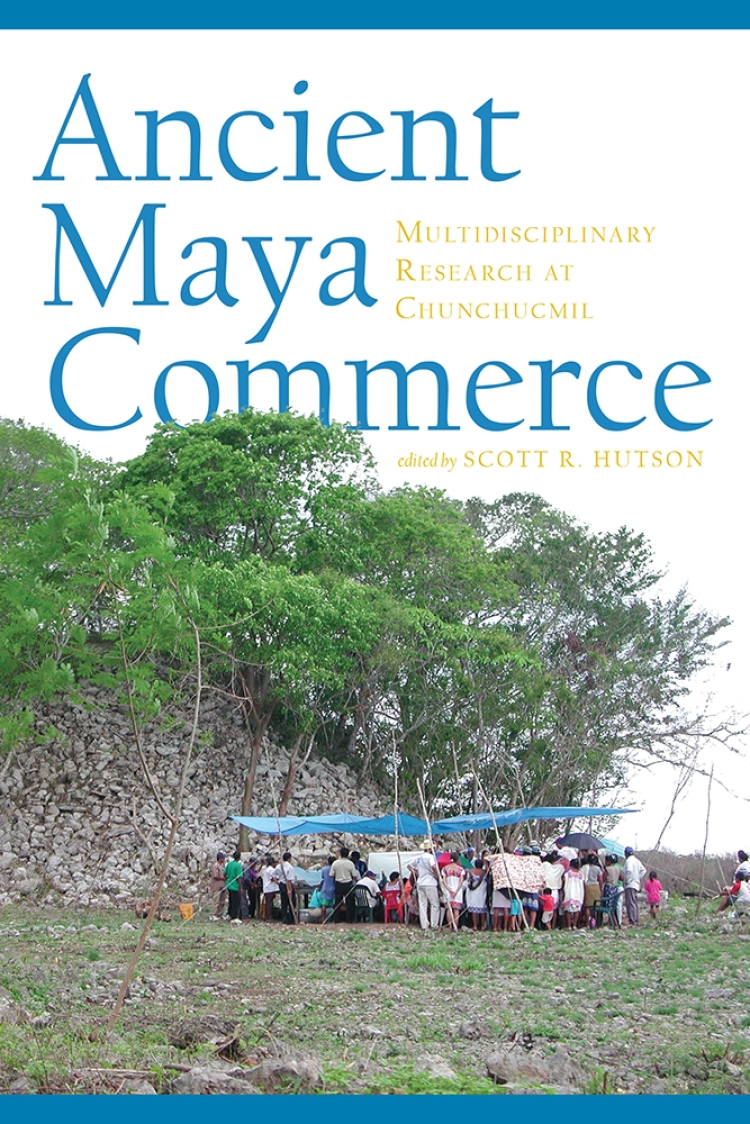 "A textbook example of how multidisciplinary research works."

"[A] well-developed and beautifully executed research project focused on the trifecta of archaeology: people, places, and things."
—Latin American Antiquity

"Ancient Maya Commerce presents, in an exemplary manner, the results obtained from over ten years of collaborative research based on clearly stated research questions. . . . the Chunchucmil’s success story, although brief, forces us, more than ever, to investigate the economic activities of ancient societies, the Maya in particular."
—Journal of the Royal Anthropological Institute

Ancient Maya Commerce presents nearly two decades of multidisciplinary research at Chunchucmil, Yucatan, Mexico—a thriving Classic period Maya center organized around commercial exchange rather than agriculture. An urban center without a king and unable to sustain agrarian independence, Chunchucmil is a rare example of a Maya city in which economics, not political rituals, served as the engine of growth. Trade was the raison d’être of the city itself.

Using a variety of evidence—archaeological, botanical, geomorphological, and soil-based—contributors show how the city was a major center for both short- and long-distance trade, integrating the Guatemalan highlands, the Gulf of Mexico, and the interior of the northern Maya lowlands. By placing Chunchucmil into the broader context of emerging research at other Maya cities, the book reorients the understanding of ancient Maya economies. The book is accompanied by a highly detailed digital map that reveals the dense population of the city and the hundreds of streets its inhabitants constructed to make the city navigable, shifting the knowledge of urbanism among the ancient Maya.

Ancient Maya Commerce is a pioneering, thoroughly documented case study of a premodern market center and makes a strong case for the importance of early market economies in the Maya region. It will be a valuable addition to the literature for Mayanists, Mesoamericanists, economic anthropologists, and environmental archaeologists.

Scott R. Hutson is associate professor in anthropology at the University of Kentucky.

A Collection of Essays on Architecture, Economics, Power, and Cross-Cultural Analysis