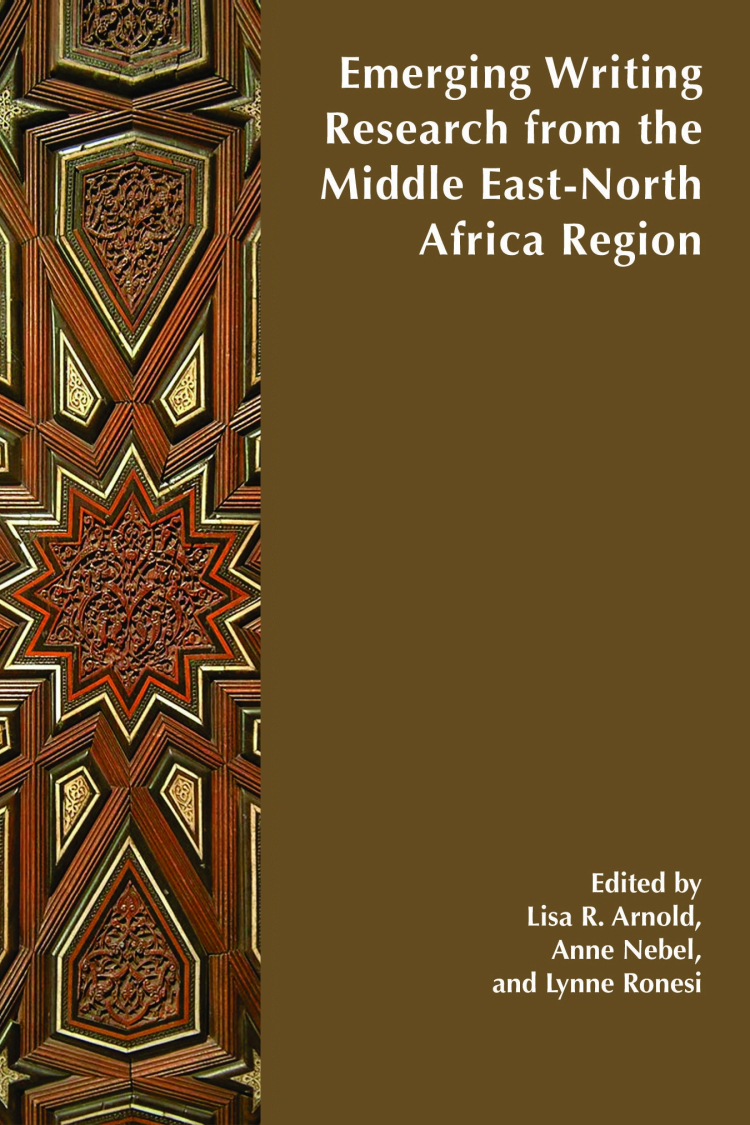 Copublished with the WAC Clearinghouse

While events in the Middle East-North Africa region dominate world news, it is an area little understood by the rest of the world—not only historically, politically, and culturally but also within the discipline of Rhetoric and Composition and Second Language Writing. The editors and contributors to this collection share scholarship that addresses how writing programs and writing-across-the-curriculum initiatives—in the region and outside of it—are responding to the increasing globalization of higher education and contributing to international discussions about World Englishes and other language varieties as well as translingual approaches to writing and writing pedagogy.

Lisa Arnold, formerly of the American University of Beirut, is Assistant Professor of English and Director of First-Year Writing at North Dakota State University, where she teaches graduate and undergraduate courses in writing and rhetoric. She is interested in histories of writing instruction worldwide, writing pedagogy and program administration, and multilingual and transnational literacy practices. Lisa has been published in College English, College Composition and Communication, Composition Studies, JAC, and Pedagogy.

Anne Nebel is Director of the Office of Academic Services and Senior Assistant Dean for Academic Affairs at Georgetown University School of Foreign Service in Qatar where she also teaches undergraduate courses in writing and coordinates the writing program. Her research interests include second language writing assessment, syntactic complexity in writing development, critical discourse analysis, writing pedagogies, and academic literacies.

Lynne Ronesi is Assistant Professor in the Department of Writing Studies at the American University of Sharjah in the United Arab Emirates. She teaches undergraduate writing courses and trains peer writing tutors. She has also trained undergraduate tutors to support non-native-speaking classmates at the University of Rhode Island, and directed the Writing Center at Al Akhawayn University in Morocco. Her research and teaching interests revolve around writing across the curriculum, tutor training, new literacies, and language and identity. She has been published in the Writing Center Journal, Across the Disciplines, and Writing Programs Worldwide: Profiles of Academic Writing Worldwide, as well as in a number of edited collections.

Labor and Action in English Composition

Research and Collaboration across Disciplines

Writing Instruction in the Age of Common Core and Standardized Testing

Writing and the Question of Transfer