Archaeological Perspectives on Warfare on the Great Plains

edited by Andrew J. Clark and Douglas B. Bamforth 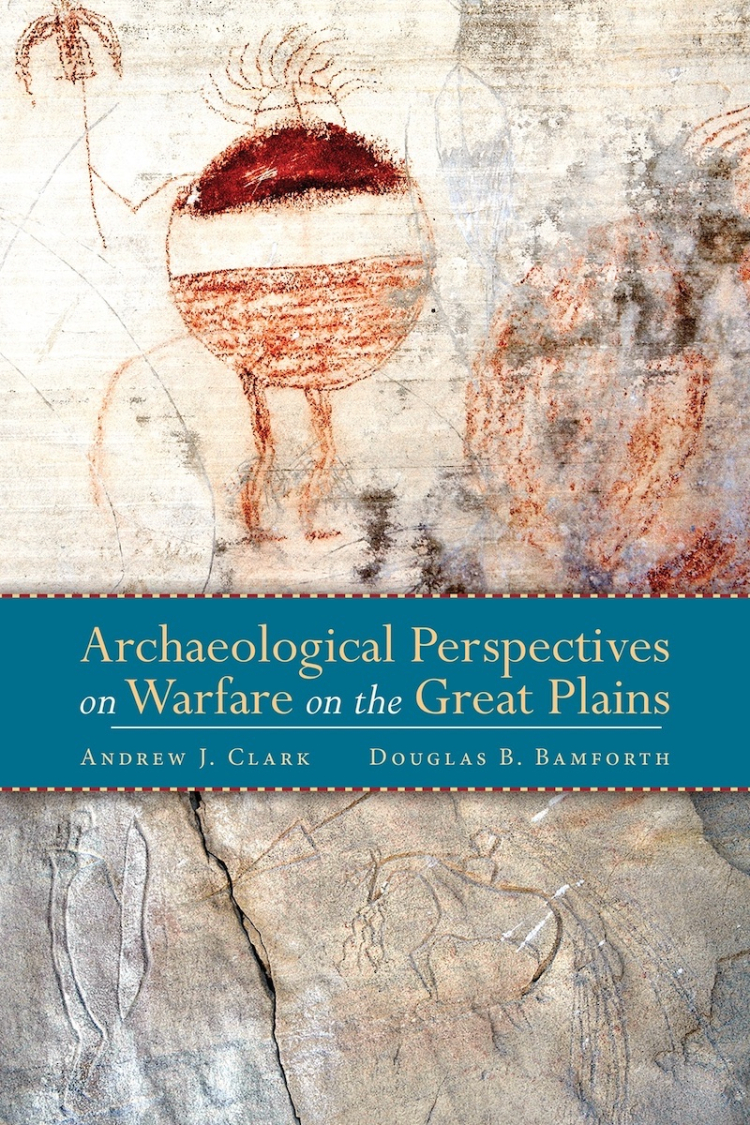 “The best book-length coverage of conflict among small-scale societies within a regional (cultural) context that has been published for a number of years. . . . [A]ny archeologist interested in the role of warfare in prehistoric North American societies should buy a copy.”
—George Milner, Pennsylvania State University
“An important contribution to the growing literature on warfare in prehistoric America.”
—American Archaeology
“This volume has value to those who study the Great Plains and those who wish to understand war and peace at a broader level. . . . any scholars who study group conflicts would find these analyses important sources of inspiration.”
—Midcontinental Journal of Archaeology

“The volume presents a rich compilation of warfare research and is of great value to scholars researching violence, farming populations, rock art and grassland archaeology.”
—Antiquity

"This is a rich, broadly encompassing, and well-written volume that will be of great benefit for a wide range of Plains scholars."
—Great Plains Research

Thanks to the support of libraries working with Knowledge Unlatched, a collaborative initiative designed to make high-quality books open access for the public good, free electronic versions of this title are also available.

The Great Plains has been central to academic and popular visions of Native American warfare, largely because the region’s well-documented violence was so central to the expansion of Euroamerican settlement. However, social violence has deep roots on the Plains beyond this post-Contact perception, and these roots have not been systematically examined through archaeology before. War was part, and perhaps an important part, of the process of ethnogenesis that helped to define tribal societies in the region, and it affected many other aspects of human lives there. In Archaeological Perspectives on Warfare on the Great Plains, anthropologists who study sites across the Plains critically examine regional themes of warfare from pre-Contact and post-Contact periods and assess how war shaped human societies of the region.

Contributors to this volume offer a bird’s-eye view of warfare on the Great Plains, consider artistic evidence of the role of war in the lives of indigenous hunter-gatherers on the Plains prior to and during the period of Euroamerican expansion, provide archaeological discussions of fortification design and its implications, and offer archaeological and other information on the larger implications of war in human history. Bringing together research from across the region, this volume provides unprecedented evidence of the effects of war on tribal societies. Archaeological Perspectives on Warfare on the Great Plains is a valuable primer for regional warfare studies and the archaeology of the Great Plains as a whole.

Andrew J. Clark is a field archaeologist with US Army Corps of Engineers covering Lake Sharpe and Lake Francis Case along the Missouri River. He received his PhD in anthropology from the University at Albany in 2017 and specializes in conflict studies, public archaeology, and spatial analysis.

Douglas B. Bamforth is professor and chair of the Anthropology Department at University of Colorado Boulder. He has worked on the Great Plains for nearly forty years, exploring issues related to human ecology and technology from Late Pleistocene North America to the European Neolithic to recent history. Archaeological Landscapes on the High Plains