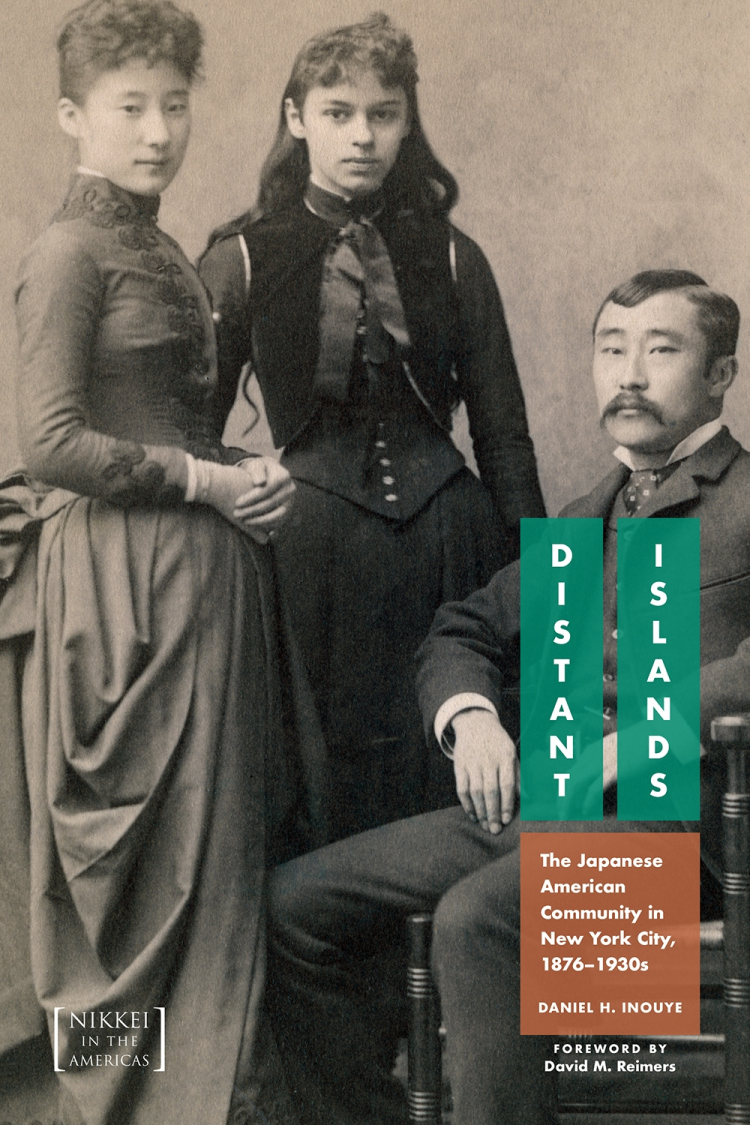 "A deeply researched and well-written study of a community that has been an outlier in the field of immigration and ethnic history. . . . The book uses unusual material to uncover the history of a small community."
—Hasia R. Diner, New York University

“Distant Islands is important for Asian American studies. . . . His very detailed portrait of some of the key Japanese leaders in New York City. . . . carries us beyond the mere socioeconomic classification of them as ‘immigrants’ (laborers) and ‘non-immigrants’ (merchants, professionals, and students).”
—Journal of the Gilded Age and Progressive Era

"A rich and enjoyable read, bringing to life individual stories of Japanese in New York City that are as yet largely unknown. . . . What Inouye successfully sustains throughout is a tension between the often imaginary, yet no less powerful promise of shared ethnicity and culture as a source of solidarity, comfort, and shared identification for migrants far from home, and the equally, perhaps more powerful effects of distinction, hierarchy, and inequality instantiated in everyday ways through class and status."
—Gotham

"One of the first books to devote in-depth research into this long-overlooked history. . . . it is obvious that Inouye did a great deal of research."
—Rafu Shimpo

"educational and entertaining. . . . worth a read."
—Nichi Bei Weekly

"Daniel H. Inouye’s Distant Islands is an important intervention as the first book on Japanese Americans in New York."
—The Journal of American History

Distant Islands is a modern narrative history of the Japanese American community in New York City between America's centennial year and the Great Depression of the 1930s. Often overshadowed in historical literature by the Japanese diaspora on the West Coast, this community, which dates back to the 1870s, has its own fascinating history.

The New York Japanese American community was a composite of several micro communities divided along status, class, geographic, and religious lines. Using a wealth of primary sources—oral histories, memoirs, newspapers, government documents, photographs, and more—Daniel H. Inouye tells the stories of the business and professional elites, mid-sized merchants, small business owners, working-class families, menial laborers, and students that made up these communities. The book presents new knowledge about the history of Japanese immigrants in the United States and makes a novel and persuasive argument about the primacy of class and status stratification and relatively weak ethnic cohesion and solidarity in New York City, compared to the pervading understanding of nikkei on the West Coast. While a few prior studies have identified social stratification in other nikkei communities, this book presents the first full exploration of the subject and additionally draws parallels to divisions in German American communities.

Distant Islands is a unique and nuanced historical account of an American ethnic community that reveals the common humanity of pioneering Japanese New Yorkers despite diverse socioeconomic backgrounds and life stories. It will be of interest to general readers, students, and scholars interested in Asian American studies, immigration and ethnic studies, sociology, and history.

Daniel H. Inouye is a PhD historian and an attorney who specializes in analytical narrative history writing, public history, Asian/Pacific American history, and jazz history. He has taught courses at Columbia University, Queens College of the City University of New York, and New York University.