Late Prehistoric Hunter-Gatherers and Farmers of the Jornada Mogollon 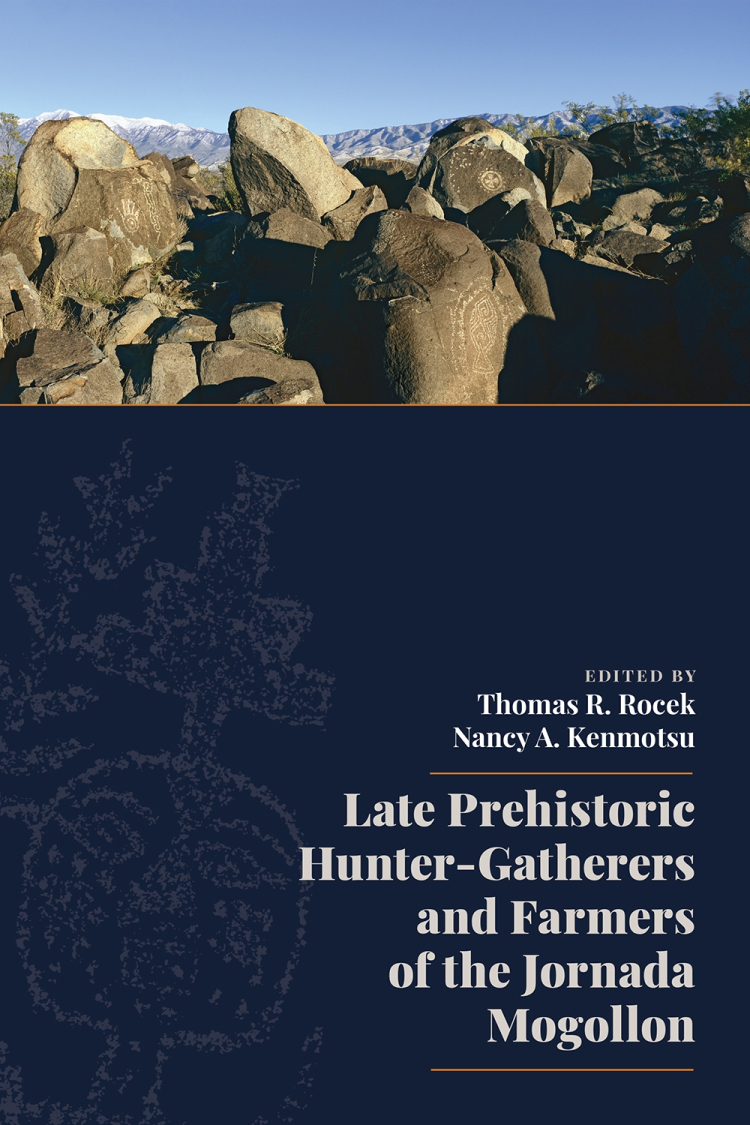 “This book will change readers’ understanding of the Jornada area.”
—David Phillips, Maxwell Museum of Anthropology and University of New Mexico

Often seen as geographically marginal and of limited research interest to archaeologists, the Jornada Mogollon region of the southwestern United States and northern Mexico deserves broader attention. Late Prehistoric Hunter-Gatherers and Farmers of the Jornada Mogollon presents the major issues being addressed in Jornada research and reveals the complex, dynamic nature of Jornada prehistory.

The Jornada branch of the Mogollon culture and its inhabitants played a significant economic, political, and social role at multiple scales. This volume draws together results from recent large-scale CRM work that has amassed among the largest data sets in the Southwest with up-to-date chronological, architectural, faunal, ceramic, obsidian sourcing, and other specialized studies. Chapters by some of the most active researchers in the area address topics that reach beyond the American Southwest, such as mobility, forager adaptations, the transition to farming, responses to environmental challenges, and patterns of social interaction.

Late Prehistoric Hunter-Gatherers and Farmers of the Jornada Mogollon is an up-to-date summary of the major developments in the region and their implications for Southwest archaeology in particular and anthropological archaeological research more generally.

The publication of this book is supported in part by the Arizona Archaeological and Historical Society and the Center for Material Culture Studies at the University of Delaware.

Thomas R. Rocek is associate professor of Anthropology at the University of Delaware.

Nancy A. Kenmotsu is principal investigator at Versar, Inc.