New Mexico in the Seventeenth Century 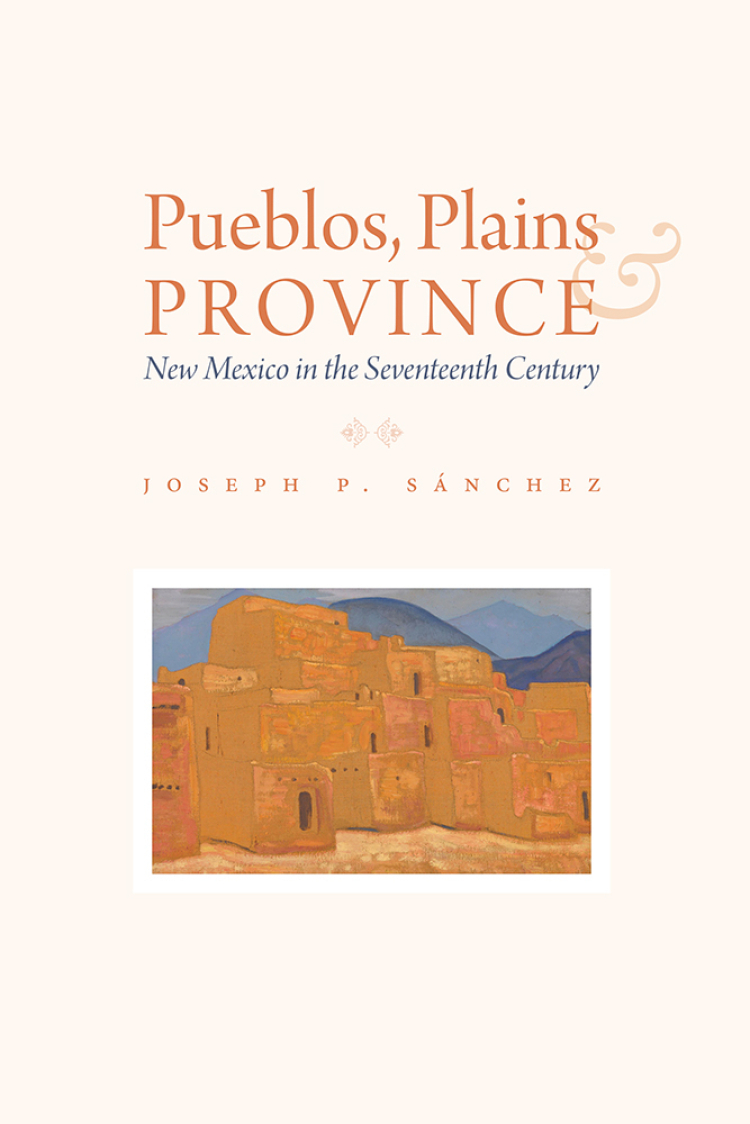 “This new volume by Professor Joseph Sanchez is a refreshing modern presentation. Sanchez takes time to clear the slate and to present each character on an evolving stage without pre­conceptions or prejudices. . . For lovers of New Mexico this retelling of the arrival of Europeans and the subsequent changing of the land and cultures is a stimulating journey to the past and a reminder of why we love visiting the remnants of this early colonial culture.”
—Roundup, Denver Posse of Westerners

In Pueblos, Plains, and Province Joseph P. Sánchez offers an in-depth examination of sociopolitical conflict in seventeenth-century New Mexico, detailing the effects of Spanish colonial policies on settlers’, missionaries’, and Indigenous peoples’ struggle for economic and cultural control of the region. Sánchez explores the rich archival documentation that provides cultural, linguistic, and legal views of the values of the period.

Spanish dual Indian policies for Pueblo and Plains tribes challenged Indigenous political and social systems to conform to the imperial structure for pacification purposes. Meanwhile, missionary efforts to supplant Indigenous religious beliefs with a Christian worldview resulted, in part, in a syncretism of the two worlds. Indigenous resentment of these policies reflected the contentious disagreements between Spanish clergymen and civil authorities, who feuded over Indigenous labor, and encroachment on tribal sovereignties with demands for sworn loyalty to Spanish governance. The little-studied “starvation period” adversely affected Spanish-Pueblo relationships for the remainder of the century and contributed significantly to the battle at Acoma, the Jumano War, and the Pueblo Revolt of 1680.

Pueblos, Plains, and Province shows how history, culture, and tradition in New Mexico shaped the heritage shared by Spain, Mexico, the United States, and Native American tribes and will be of interest to scholars and students of Indigenous, colonial, and borderlands history.

Joseph P. Sánchez is founder and director of the Spanish Colonial Research Center at the University of New Mexico. He retired from the National Park Service (NPS) in 2014 after thirty-five years of service. From 2003 to 2014 he served as superintendent of Petroglyph National Monument. Before his career with NPS, he was a professor of colonial Mexican history and director of the Mexican American Studies and Research Center at the University of Arizona, Tucson. He has taught at the University of New Mexico, Santa Ana College in California, and the Universidad Autónoma de Guadalajara, Mexico, and he has published several studies on Spanish frontiers in California, Arizona, New Mexico, Texas, and Alaska.