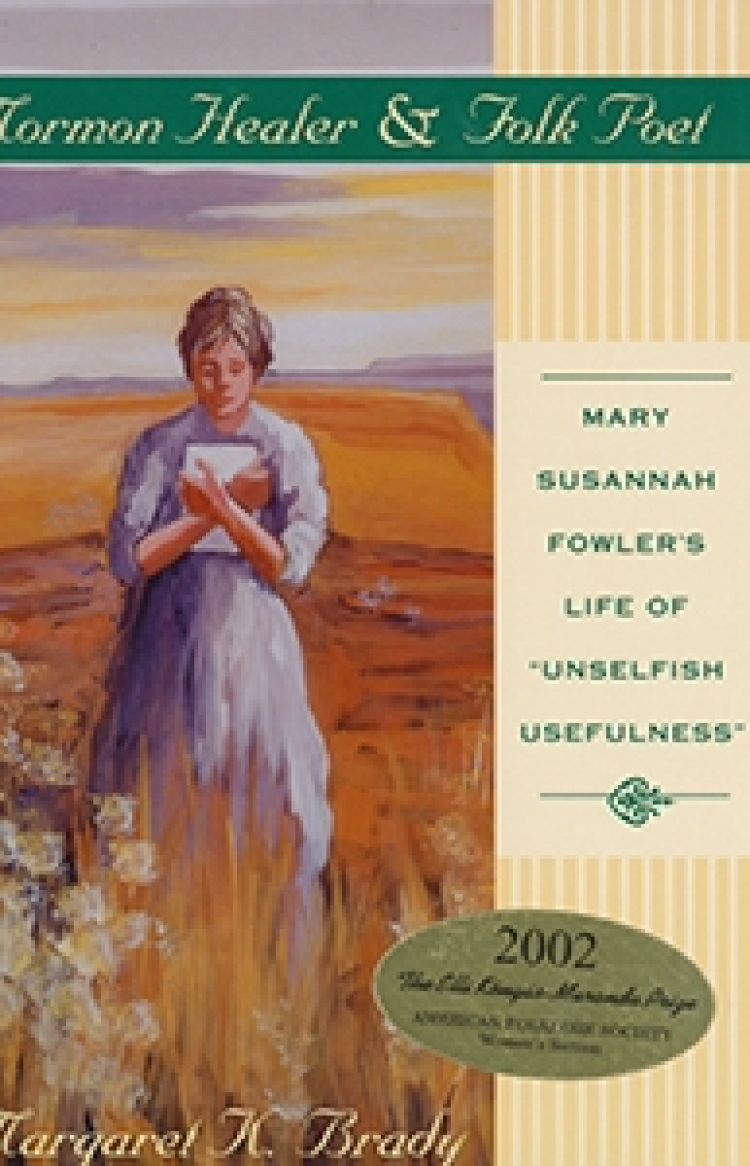 Mary Susannah Sumner Fackrell Fowler (1862-1920) lived in the village of Orderville, Utah, which was named for the Mormon communitarian system practiced there. She married Henry Ammon Fowler in 1880 and moved in 1888 to Huntington, Utah. They had eight children, and Henry took a second wife, becoming a polygamist. Mary was not well known outside her community, but she led a remarkable life of selfless service. Folklorist Margaret Brady, intrigued by a photograph and part of a diary, set out to piece together who Mary Fowler was, using fragmentary materials, including Mary's diary, poetry, and essays; her husband's journals; a grandson's biography of her; records of organizations in which she was active; and oral narratives passed down through descendants. The life Brady reconstructed was shaped by shared values concerning community and by Mary's conviction of the importance of social interconnections. Mary's work as a nurse, healer, and midwife, grounded in traditional medicinal practices, extended her reach widely among her neighbors. She was an active leader in LDS Church and other organizations for women. Her folk poetry, written in culturally accepted forms, allowed her to examine, critique, and celebrate the values of her community. Brady brings to this reconstruction an eclectic, interdisciplinary approach. Drawing on reflexive ethnography, Brady emphasizes her own involvement with her subject and with the multiple discourses that, in combination, give her access to Mary Fowler's identity. She encourages her readers to collaborate in piecing together the meaning of Mary's life, reading her autobiographical texts and others in juxtaposition with Brady's understanding of that life; participating in the construction of Mary Fowler's "self" through her poetry, life writings, and community service, and thereby experiencing the interconnectedness she so prized.

Margaret K. Brady is the founding director of YourStory: Record and Remember and professor emeritus of English and Ethnic Studies at the University of Utah, where she taught courses in American Indian Studies, oral history, and folklore for over 30 years.