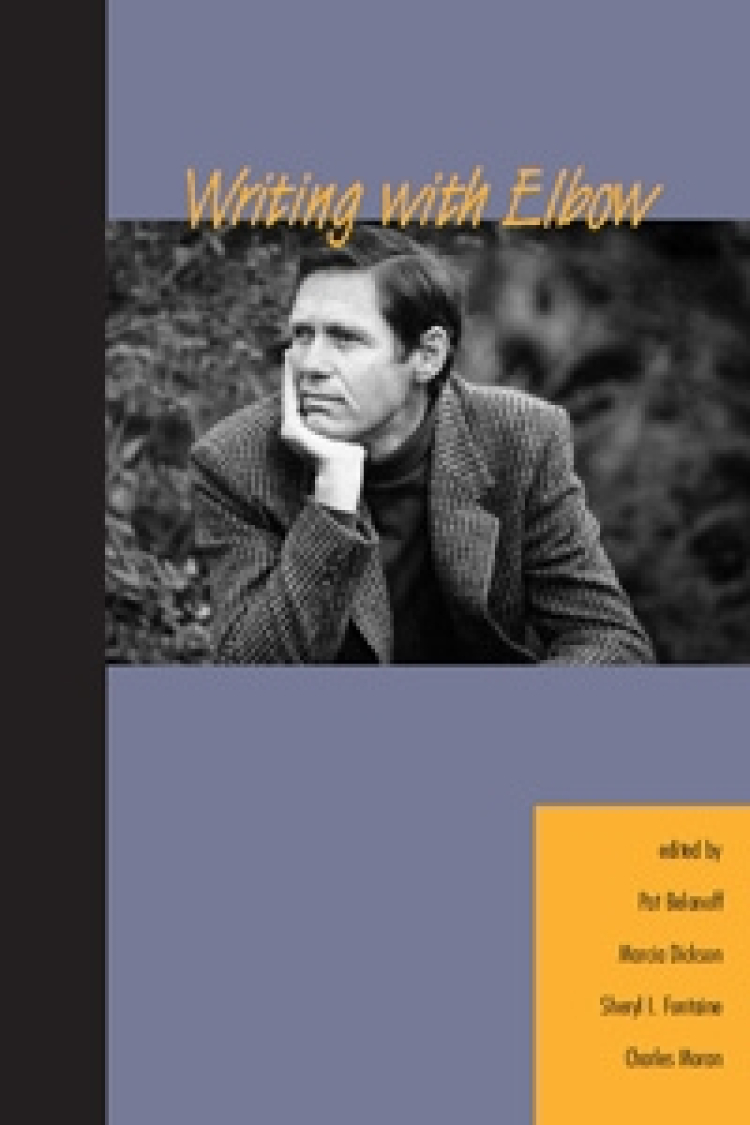 Peter Elbow is one of those scholars who had such an impact on his field that by mid-career he had already attained icon status. As an early proponent of what became known as process theory, Elbow, with others working along similar lines, developed a powerful body of theory that gradually reoriented instruction in writing toward an emphasis on invention and revision-toward the process of writing as a mode of thinking—and consequently toward a focus on the interaction between writer and audience, instead of on the traditionally conceived product of writing, the text. It is not too much to claim that Peter Elbow, like few others, changed the way writing is taught in America. Writing with Elbow is a volume written by leading scholars now working in the field of composition who trace their own scholarship to foundational work done by Peter Elbow over the last thirty years. The book is in that sense a celebration. But it is more than that, too. Elbow and process writing are not without their critics, and the essays collected in Writing with Elbow also test him, extend his work, explore his intellectual forebears, address his critics and contexts, and complicate his legacy across a wide range of issues in current composition research and practice. A thoughtful, comprehensive retrospective on Peter Elbow's legacy, Writing with Elbow is a must-read collection for composition scholars, teachers, English educationists, and graduate students.

Pat Belanoff is Director of Writing Programs at the State University of New York-Stony Brook. She is president of the SUNY Council on Writing and a member of the College Steering Committee of NCTE. Pat is a co-author (with Besty Rorschach and Mia Oberlink) of The Right Handbook, now in its second edition. She has also co-edited (with Marcia Dickson) Portfolios: Process and Product and (with Peter Elbow and Sheryl Fontaine) Nothing Begins With an N: New Investigations of Freewriting. Pat has a degree in medieval literature from New York University and continues to teach and publish in this area, too.

Marcia Dickson, associate professor of English at the Ohio State University at Marion, teaches developmental writing, advanced composition, and composition pedagogy. Her interest in composition studies began as a graduate student at SUNY Stony Brook, where she was involved in the development of Peter Elbow and Pat Belanoff's innovative portfolio assessment program. She and Pat Belanoff coedited the first comprehensive study of portfolio assessment, Portfolios: Process and Product (Boynton/Cook, 1991). For the past five years, she as been the project director for an Early English Composition Assessment Program (EECAP) for the Ohio Board of Regents, which develops both classroom and large-scale portfolio assessment and promotes collaboration between college and high school faculties.

Sheryl I. Fontaine is the coauthor or coeditor of two Boynton/Cook titles: Writing Your Way Through College (2008) and Foregrounding Ethical Awareness in the Composition Classroom (1998). She is Professor of English at California State University, Fullerton, has directed its Writing Center and now teaches undergraduate and graduate courses in writing. Her teaching and research center on the discipline of composition, writing program administration, composing pedagogy, responding to writing, and the relationship between reading and writing. Sheryl has published several articles and books relating to the profession and the teaching of composition, including Writing Ourselves into the Story: Unheard Voices from Composition Studies (1993).

Charles Moran is Professor of English, emeritus, at the University of Massachusetts at Amherst.

Genre across the Curriculum