The Meaning of Folklore

The Analytical Essays of Alan Dundes

by Alan Dundes, edited and introduced by Simon J. Bronner 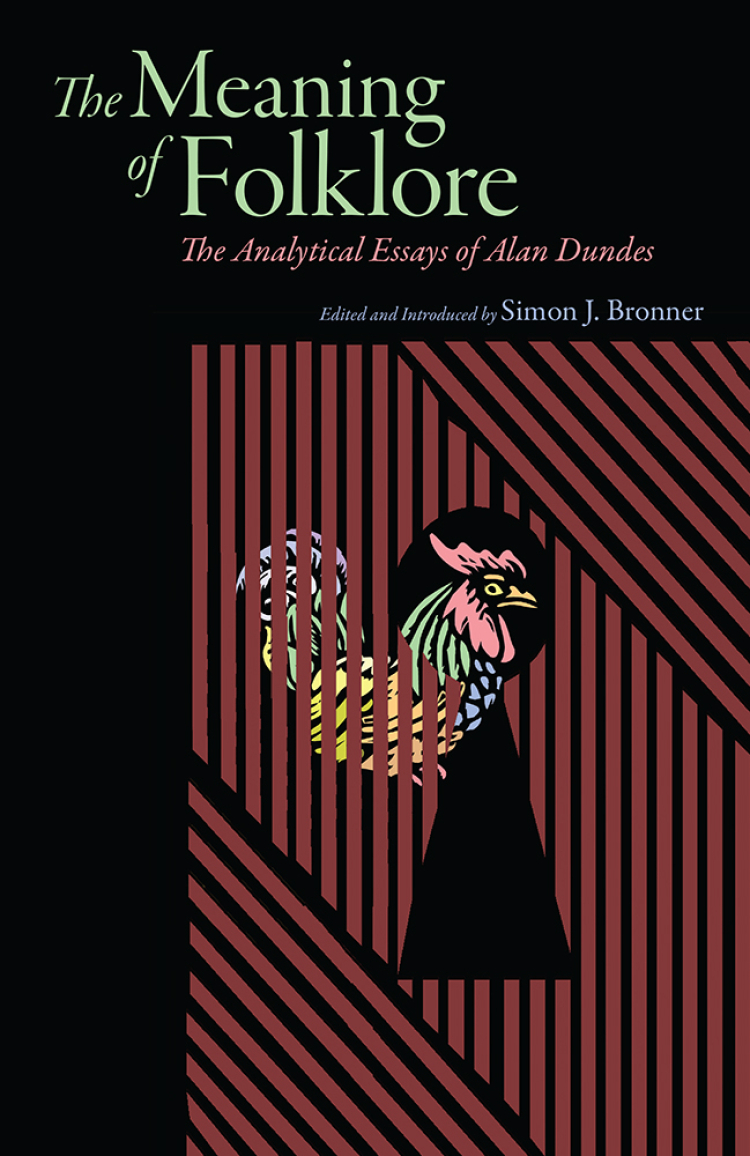 Outstanding Academic Title for 2008, from the American Library Association

"A perfectly structured and presented volume of the life's work of a truly remarkable genius of folklore studies and beyond."

—Wolfgang Mieder, The University of Vermont

"A finely composed collection of scholarly and provocative essays of the preeminent folklorist, Dundes. His analyses will continue to contribute to the theoretical debates within folklore studies and will inspire new generations of folklorists and European ethnologists."
—Peter Jan Margry, Meertens Institute, The Netherlands

"A fascinating journey revealing the hidden meaning of folklore items and genres, brilliantly analyzed with an outstanding analytical ability, breadth of knowledge, and love of subject. This volume is a must for folklorists, anthropologists and scholars of cultural studies in general."
—Haya Bar-Itzhak, University of Haifa, Israel

"The editorial apparatus represents the work of a professional who knows the mind and impact of Dundes as well as anyone can."
—Ronald L. Baker, Indiana State University

Very few folklorists have achieved the scholarly stature of Alan Dundes, who died in 2005. As Simon J. Bronner has put it, he was “undoubtedly the most influential folklorist alive.” His prolific production of essays and articles over a long career, each provocative and intellectually engaging, helped spread his influence, as did his popular courses at the University of California and elsewhere. Up to the time of his sudden death, he remained productive. He had begun preliminary discussions with the publisher of a major new synthesis, a book that would encapsulate his most important contributions. Bronner, among other colleagues, urged him to produce such a substantial, culminating work. Bronner, himself a widely published folklorist and distinguished professor of social sciences at the University of Wisconsin-Milwaukee, continued to pursue the goal of a book that would give a cohesive presentation of the range of Dundes’s thought. He  compiled in The Meaning of Folklore a collection of representative essays, several of them anthologized here for the first time, all of them insightful and significant.

The resulting selection both surveys Alan Dundes’s scholarship and opens a big window on the field of folklore studies. Bronner begins the volume­­­­, which includes a new preface for the paperback edition, with a comprehensive intellectual biography and introduces the individual essays, providing a thorough understanding of Dundes’s contributions to folkloristics.

Simon J. Bronner Is Dean of the College of General Studies and Distinguished Professor of Social Sciences at the University of Wisconsin-Milwaukee.