Manual of Grasses for North America 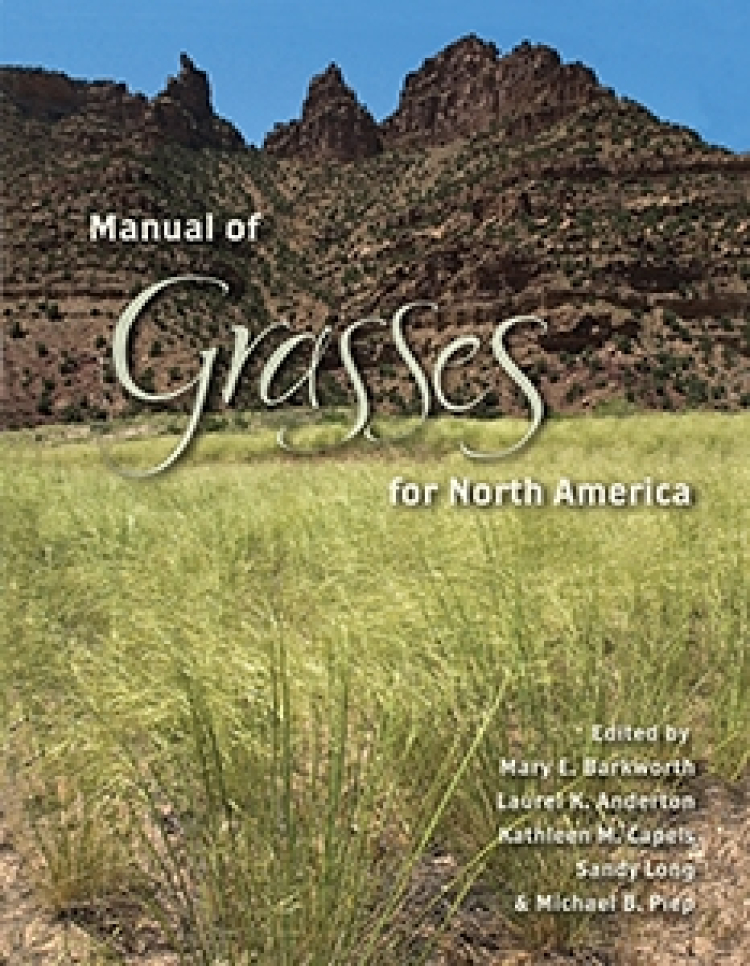 Grasses are the world's most important plants. They are the dominant species over large parts of the earth's land surface, a fact that is reflected in the many different words that exist for grasslands—words such as prairie, veldt, palouse, and pampas, to mention just a few. As a group, grasses are of major ecological importance, as soil binders and providers of shelter and food for wild animals, both large and small. Some grasses, such as wheat, rice, corn, barley, rye, tef, and sugar cane, are major sources of calories for humans and their livestock; others, primarily bamboos, are used for construction, tools, paper, and fabric. More recently, the seed catalogs that tantalize gardeners each winter have borne witness to an increasing appreciation of the aesthetic value of grasses.

Designed as a successor to the classic volume by Hitchcock and Chase, the Manual of Grasses for North America reflects current taxonomic thought and includes keys, illustrations, and distribution maps for the nearly 900 native and 400 introduced species that have been found in North America north of Mexico. In addition, it presents keys and illustrations for several species that are known only in cultivation or are of major agricultural significance, either as progenitors of bread wheat and corn or as a major threat to North American agriculture because of their ability to hybridize with crop species.

Prepared by the editors of volumes 24 and 25 of Flora North America, the Manual is a major reference work for grasses that will retain its value for many years. Yet, at only 640 pages in sturdy paperback binding, it is usable and affordable for the field and classroom.

Grasses of the Intermountain Region