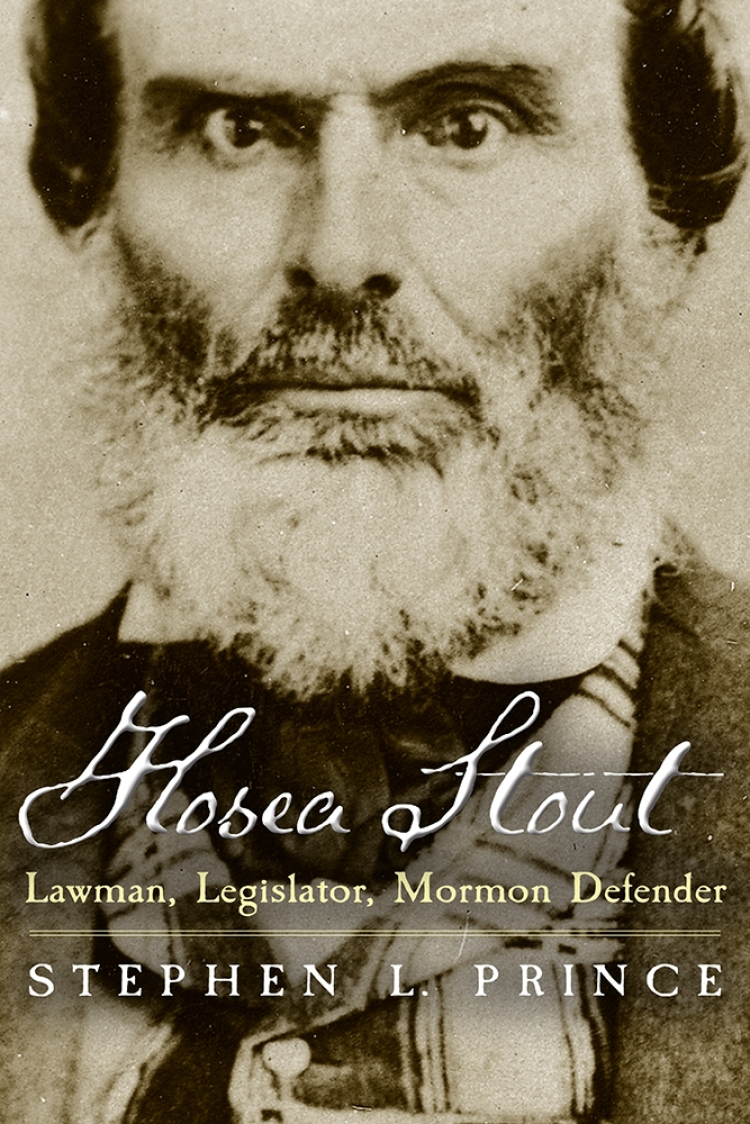 "Stout was a fascinating and a complicated man."

"Prince has done remarkable work using Stout’s own words to paint an intimate portrait of the complicated man as well as the historiographical work necessary to situate Stout within the historical context of his times. The prose is both engaging and compelling. Hosea Stout: Lawman, Legislator, Mormon Defender represents the definitive biography of this significant Mormon leader and serves as an indispensable resource for understanding nineteenth-century Mormon history."

Hosea Stout witnessed and influenced many of the major civil and political events over fifty years of LDS history, but until the publication of his diaries, he was a relatively obscure figure to historians. Hosea Stout: Lawman, Legislator, Mormon Defender is the first-ever biography of this devoted follower who played a significant role in Mormon and Utah history.

Stout joined the Mormons in Missouri in 1838 and followed them to Nauvoo, where he rose quickly to become a top leader in the Nauvoo Legion and chief of police, a position he also held at Winter Quarters. He became the first attorney general for the Territory of Utah, was elected to the Utah Territorial Legislature, and served as regent for the University of Deseret (which later became the University of Utah) and as judge advocate of the Nauvoo Legion in Utah. In 1862, Stout was appointed US attorney for the Territory of Utah by President Abraham Lincoln. In 1867, he became city attorney of Salt Lake City, and he was elected to the Utah House of Representatives in 1881.

But Stout’s history also had its troubled moments. Known as a violent man and aggressive enforcer, he was often at the center of controversy during his days on the police force and was accused of having a connection with deaths in Nauvoo and Utah. Ultimately, however, none of these allegations ever found traction, and the leaders of the LDS community, especially Brigham Young, saw to it that Stout was promoted to roles of increasing responsibility throughout his life. When he died in 1889, Hosea Stout left a complicated legacy of service to his state, his church, and the members of his faith community.

The University Press of Colorado gratefully acknowledges the generous support of the Charles Redd Center for Western Studies at Brigham Young University toward the publication of this book.

Stephen L. Prince is an independent historian who won the Evans Handcart Award and the Thomas Rice King Award from the Mormon History Association for his previous book, Gathering in Harmony.