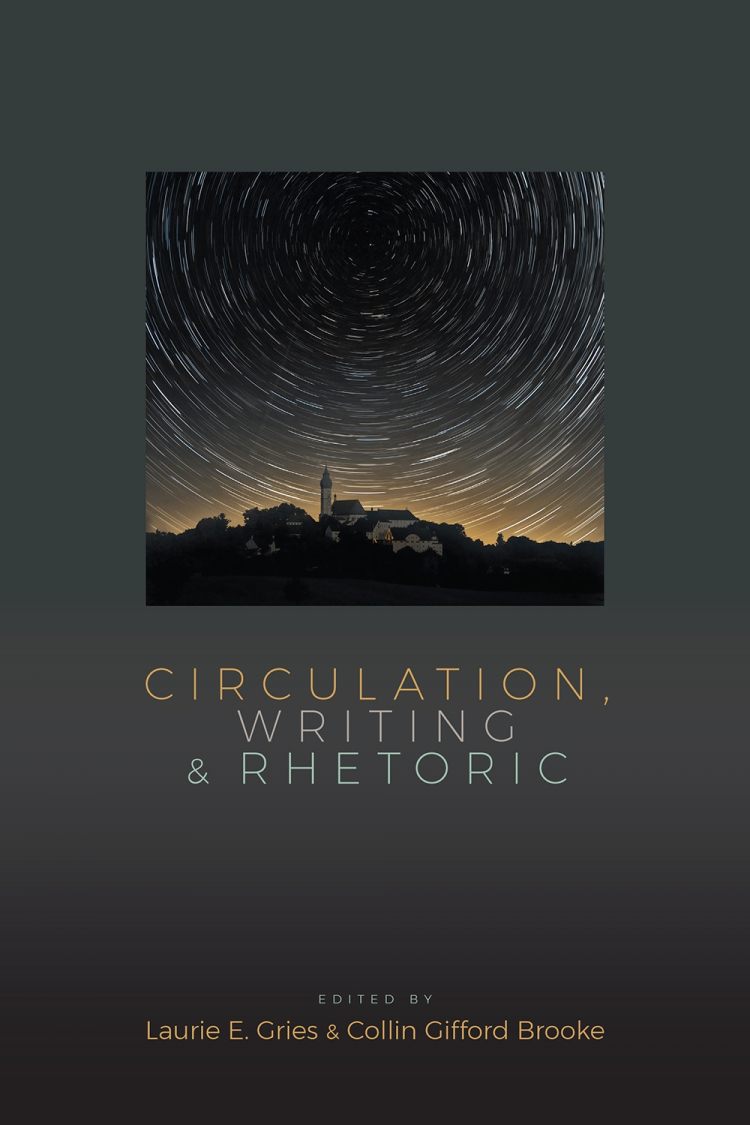 "Scholars of rhetoric and writing studies will find this collection useful, if at times bold in the claims it makes about the power of circulation."
—Rhetoric Review

While it has long been understood that the circulation of discourse, bodies, artifacts, and ideas plays an important constitutive force in our cultures and communities, circulation, as a concept and a phenomenon, has been underexamined in studies of rhetoric and writing. In an effort to give circulation its rhetorical due, Circulation, Writing, and Rhetoric introduces a wide range of studies that foreground circulation in both theory and practice. Contributors to the volume specifically explore the connections between circulation and public rhetorics, urban studies, feminist rhetorics, digital communication, new materialism, and digital research.

Circulation is a cultural-rhetorical process that impacts various ecologies, communities, and subjectivities in an ever-increasing globally networked environment. As made evident in this collection, circulation occurs in all forms of discursive production, from academic arguments to neoliberal policies to graffiti to tweets and bitcoins. Even in the case of tombstones, borrowed text achieves only partial stability before it is recirculated and transformed again. This communicative process is even more evident in the digital realm, the underlying infrastructures of which we have yet to fully understand.

As public spaces become more and more saturated with circulating texts and images and as networked relations come to the center of rhetorical focus, Circulation, Writing, and Rhetoric is a vital interdisciplinary resource for approaching the contemporary dynamics of rhetoric and writing.

Laurie E. Gries is assistant professor in the Department of Communication and Program for Writing and Rhetoric at the University of Colorado Boulder, where her courses focus on writing, rhetoric, and new media with a particular emphasis on theory and research.

Collin Gifford Brooke is associate professor of rhetoric and writing at Syracuse University, where he teaches courses in digital rhetorics, research methods, and social media. He is the author of Lingua Fracta: Toward a Rhetoric of New Media, which won the 2009 Computers and Composition Distinguished Book Award, as well as numerous essays and book chapters. The Internationalization of US Writing Programs

An Alternate Pragmatism for Going Public Archaeological Perspectives on Warfare on the Great Plains

Rethinking Online Writing in the Age of the Global Internet