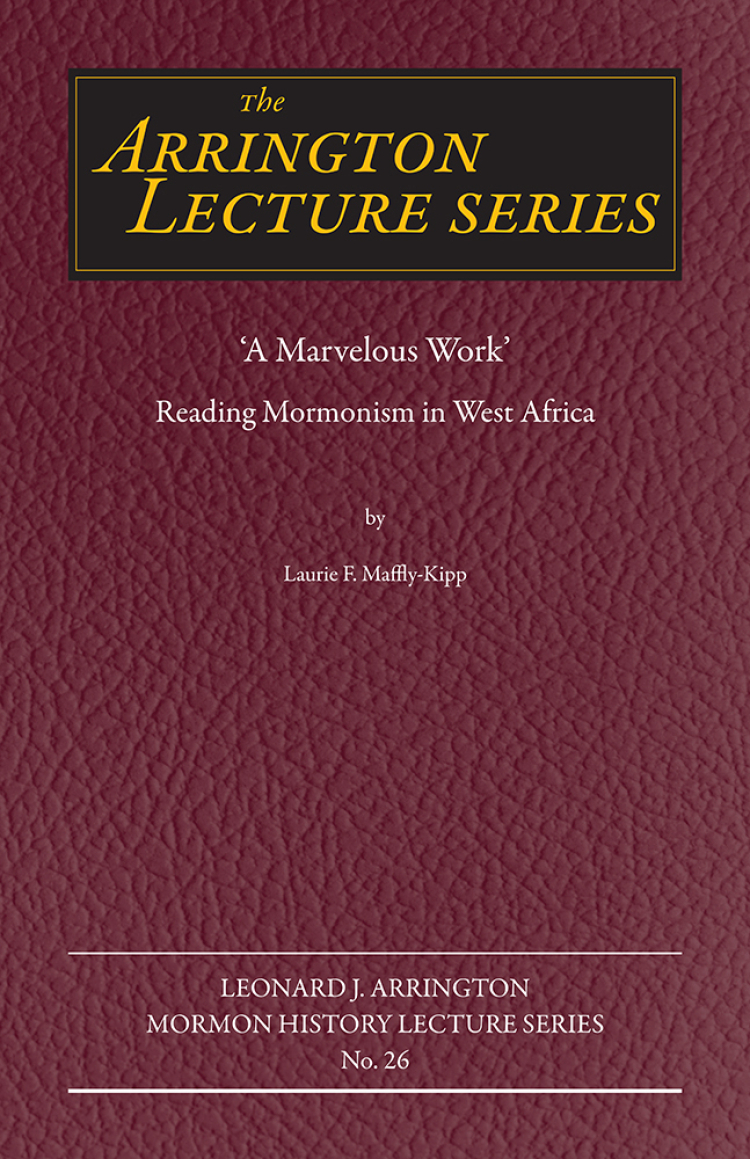 Two decades before the Church of Jesus Christ of Latter-day Saints began official missionary work in West Africa, pamphlets, books, and other church materials had been circulating among Christians in Nigeria and Ghana. Brought by seekers who had studied abroad or encountered church members from other countries, those texts formed the basis for a Mormon community outside the bounds of U.S. institutional authority or oversight. What did this international Mormonism look like, and how did believers craft churches out of the bare materials of tracts and inspirational volumes? Laurie F. Maffly-Kipp explores the circulation and interpretation of this homegrown Mormon faith in the 1960s and 1970s and concludes with the dilemmas raised by the religious self-fashioning of the Church of Jesus Christ of Latter-day Saints establishment after 1978.

Laurie F. Maffly-Kipp is the Archer Alexander Distinguished Professor at the John C. Danforth Center on Religion and Politics at Washington University in St. Louis. Her research and teaching focus on African American religions, Mormonism, religion on the Pacific borderlands of the Americas, and issues of intercultural contact. Her work in African American religion was honored with the James W. C. Pennington Award from the University of Heidelberg in 2014.

A Mountain of Paper

The Contribution of Folklore to Mormon Studies

Faith and Doubt as Partners in Mormon History

Lessons in Research and Friendship and a Report from the Archives